Folktale: Why the He-Goat has a bad odour {MUST READ}

By Maduchisom1 (self media writer) | 3 years ago 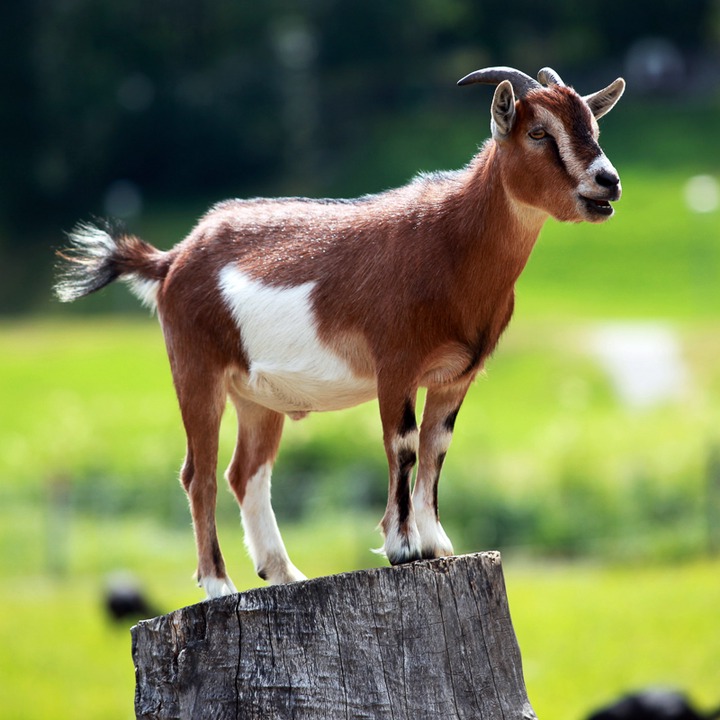 NB: This folktale is written by me, Mad Chisom. It was first published in wrr.com. This is the second publish.

Folktale: Why the He-Goat has a bad odour

Once upon a time, in the land of animals, Mkpi was the poorest animal, but he was admired by all because his body smelled so nicely. Then came a certain year when a strange disease called big pox broke out and started killing the animals in small, but steady numbers. The worst was that the disease had no cure.

Earthworm, the Chief priest, was told by the gods that anyone who hugs Mkpi would be healed instantly. This made animals all over the world suffering from big pox to visit Mkpi to receive an instant healing by hugging him. Six months later, Mkpi became very famous for his curative gift and as such, became the richest animal on earth.

Within a year, Mkpi had married thirty wives. He was also snatching the wives of his friends. He had so many mistresses and concubines. He loved Ogazi so much, but Ogazi did not love him in return. This made him unhappy and perturbed by the situation. He vowed to deal with Ogazi.

Then, Lion was the King of animals and his son was infected by the disease. Mkpi told Lion that he would heal his son if he agree to send Ogazi into the evil forest. The Lion agreed. Immediately his son hugged Mkpi, he was healed. A day later, the happy Lion king excommunicated Ogazi from their fold and sent her into the evil forest.

One morning, Mkpi woke up and found out that his body smelled so bad. In the afternoon, he had started feeling weak. In the evening, he had developed a strange infection in his throat that made him cough hysterically and ceaselessly too. His cough could not be cured by any native doctor, after spending almost all his money. Gradually, like a receding cloud, his friends and wives deserted him.

One morning, earthworm visited him in his house. He was coughing. Sometimes coughing out blood in the process.

“Mazi Mkpi, how are you doing today?” Earthworm asked.

“As you can see, I’m almost dead,” he replied and was still coughing.

“The gods now have a solution to your sickness,” Earthworm said.

“Oh! At last, the gods have remembered me. So, what is the solution?” he asked excitedly.

“The gods said that you should go to the evil forest and look for Ogazi. Ask her for forgiveness. If she forgives you, you’ll be healed, but if she refuses, you will die in the next thirty days.” Earthworm said and left.

That afternoon, Mkpi slowly walked into the evil forest. When he saw Ogazi, he knelt before her and asked for her forgiveness.

“The chief priest said that if you forgive me I will be healed.” he said amid bitter sobs. Ogazi had compassion on him because of the blood coming out from his mouth when he coughed.

“I will forgive you, but, on one condition,” Ogazi said.

“You will help me lie on my eggs until they are hatched. If you do so, then, I will forgive you.”

“Just that? I will do as you’ve said,” he replied.

Ogazi took him inside her hut and showed him fifteen rotten eggs which he’ll lie on. Two days later, the rotten eggs burst on Mkpi. Instantly, his body developed a strange odour that even after bathing several times the odour did not go. Ogazi laughed at him and forgave him. It was then that his cough left him. But each time he remembers what Ogazi did to him, he coughs. Before he went back home, he vowed to deal with Ogazi if she eventually returns to the village. This made Ogazi to live permanently in the forest to avoid being killed by Mkpi. When he got home, friends were running away from him because of his strange odour, only his mother welcomed him.