Facts About Lions (The King of the Beasts)

By Emperordaveed (self media writer) | 2 years ago 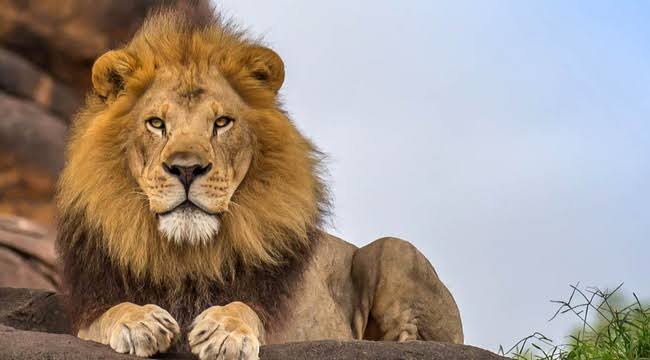 Widely recognized as the King of the jungle, lion are members of the cat family and are apex predators in their respective habitats. There are 2 main species of lions namely African lions and Asiatic lions.

African lions as the name suggests can be found in parts of Africa such as Botswana, Tanzania, Mozambique, Angola, Central African Republic, South Sudan and other parts of sub-Saharan Africa.  African lions mostly live in grass lands or open woodlands. 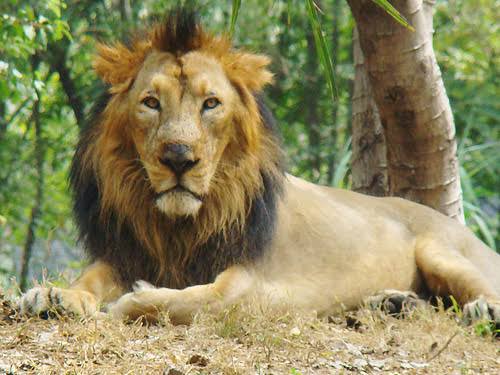 The Asiatic lion is a Panthera leo population located in India. Their current range is restricted to the Gir National Park and environs in the Indian state of Gujarat. Historically, they inhabited much of Western Asia and the Middle East up to India. The African lion is larger than its Asiatic cousins. Lions are carnivorous animals and which means they mostly consume meat. 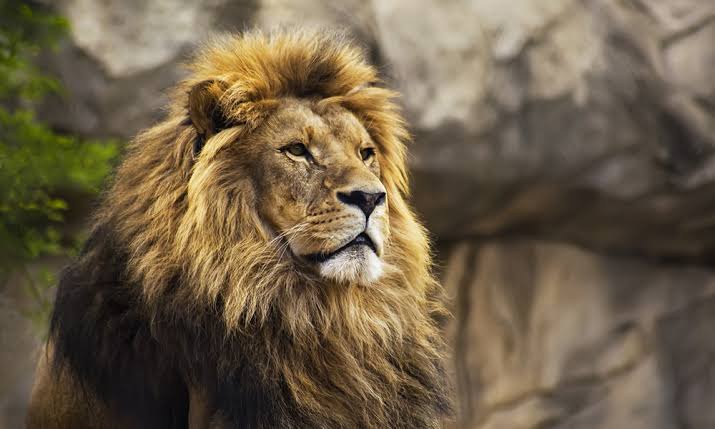 The Lion is the only cat that exhibits sexual Dimorphism which means male and female lions look different from each other.

Lions also have a bite force of approximately 650 pounds per square inch, which is relative much weaker compared to that of other big cats. Adult lions also vary in color with adult males ranging from Grey to various shades of Brown. 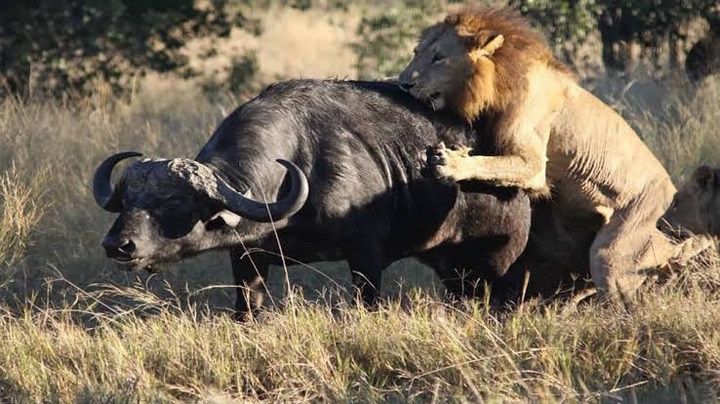 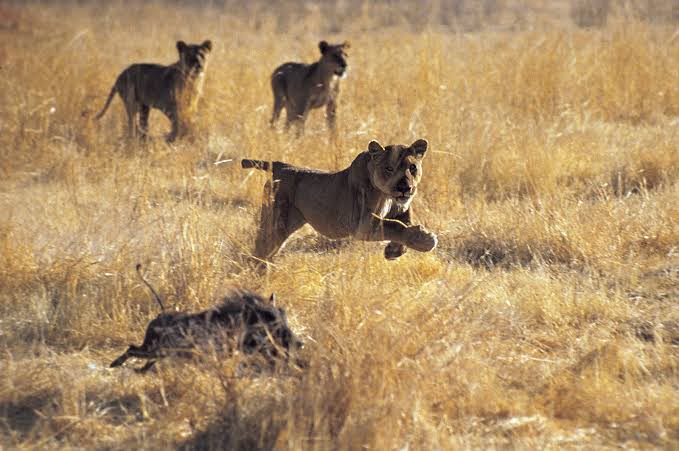 Lions prefer grassland and savanna habitat, with close proximity to water sources such as rivers, lakes or Streams. They also prefer hunting in open areas rather than densely packed forests. Lions are absent from all rain-forest habitat in their range.

African lions have a number of sub-species separated by large expanses. Historically lions could be found throughout the vast majority of Africa, but their current location has been reduced to a few locations mainly in Central and Southern Africa. 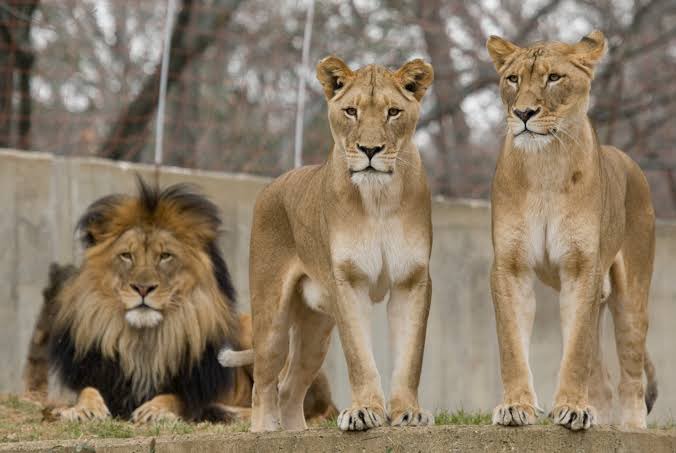 Outside of Africa though, lions used to be found from Greece all the way to India. Humans are responsible for slowly decimating the population over the centuries. Currently only a small population of the Asiatic lion sub-species can be found in the Gir Forest National Park in Western India. 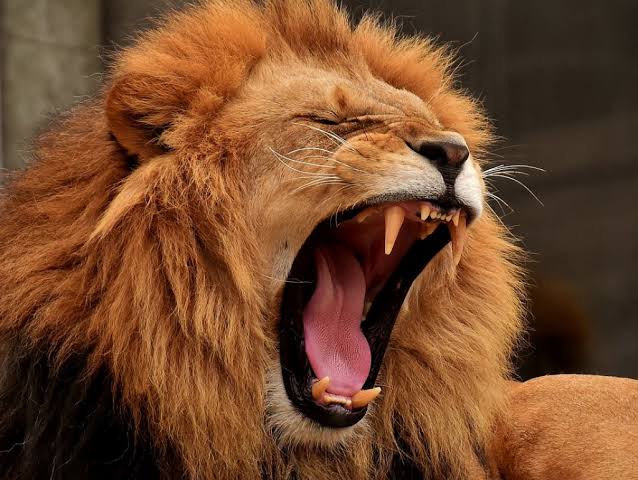 Lions sleep for about 16 to 20 hours per day, and mostly prefer hunting at night but can adapt to their preys to change their schedules. They communicate by using vocalizations, head rubbing, licking, facial expression, chemical marking and visual marking.

Lions are known for their fierce roars but may also growl, purr, meow and gnarl. Lions are the only cats that live in groups called Prides. Prides are family units of lions that may comprise anywhere from 2 to 40 lions including up to 1 to 4 males, a dozen or or more females and their cubs. 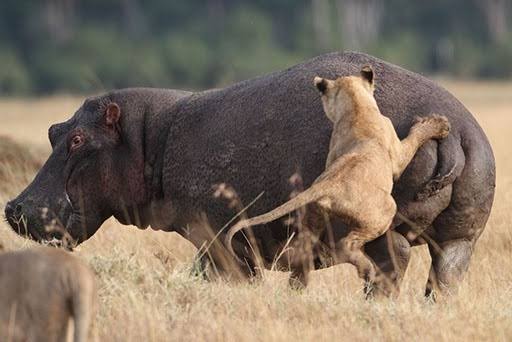 With relatively small hearts and lungs, lions are not very fast runners; with a maximum speed of 60kph, they also do not possess the stamina to keep this pace for more than a 100 – 200m radius. As such, lions rely on stalking their prey and seldom charge until they are within 30m and this is unless the prey is facing away and cannot see the charge.

Lions stalk their prey, although ambush behavior has been observed. This happens mainly during daylight when stalking prey is more difficult. Of 1,300 hunts observed in the Serengeti, 48% involved only one lion, 20% involved two, and the remainder involved a group of three – eight (up to 14).

Females do the majority of the hunting, and males who tag along with the hunt usually stay back until a kill is made. Lions hunting in pairs and groups have a success rate of about 30%. Lions hunting singly by daylight have a success rate of 17 – 19%, but are the equal of groups at night reopening the debate as to why lions became the only sociable cat; maybe it is to control exclusive hunting grounds. Most successful hunts are on dark nights in dense cover against a single prey animal.

Content created and supplied by: Emperordaveed (via Opera News )