11 Incredible Things About Tiger That Should Have Made Tiger King Of The Jungle.

By Tideakin (self media writer) | 4 months ago

Tiger is the largest among all the cat family and it is most recognisable for its dark vertical stripes on orange-brown fur with a lighter underside. These are 11 Incredible Things About Tiger That Should Have Made Tiger King Of The Jungle. 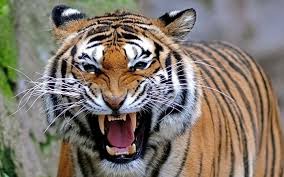 11. Tiger has striped skin along with striped fur. These stripes are a result of skin pigmentation. Just like human fingerprints, no two tigers have the same pattern of stripes 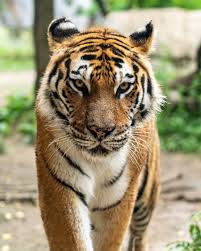 10. A tiger's tongus is covered with sharp ,small, thorn-like,hooked projections. The hook- projections called papillae,curve towards the tiger's throat.

9. Tigers have white spots on the back of their ears ,that look like eyes when viewed from a distance. 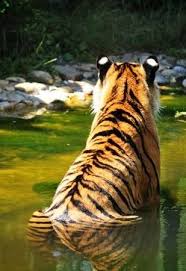 8. A tiger's roar can momentarily paralyze or immobilize its prey. Such is the effect of the roar.

7. Even though tigers and lions look to be the same size, tigers weigh up to 300 pounds more than lions due to their muscle density. If they are pitted against lions, tigers usually have an upper hand ,as they can stand up on their hind quarters, leaping for the throat straight away.

6. Tigers are one of the most vengeful animals on the planet.

5. There exists an extremely rare type of tiger called the golden tiger. Also known as golden tabby tiger or strawberry tiger. This colour variation is caused by a recessive gene. 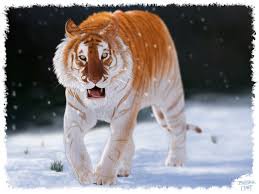 4. Tigers are solitary creature. They live alone and only interact during mating season and after mating,the male tiger wanders away. The female gives birth and raises the cubs alone.

3. Tiger are highly territorial. They mark their area with urine and feces. This is to show other tigers coming that the particular area that it is occupied.

2. There exist Tigons. A cross between a female lion and a male tiger. Tigons have faint tiger's striping underneath the golden colour of a lion. 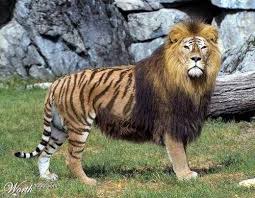 1. The markings on a Tiger's forehead ,closely resemble the Chinese character for king, giving them a Chinese cultural status as a regal animal. Since ancient time, Chinese culture has associated tigers with the powerful male principles of courage,bravery, dignity and austerity