By CornerRock (self meida writer) | 1 months

Big cats have long been one of the most feared and revered of all land animals, but it is their predatory instinct and ability to survive at the top of the food chain that has made them so important among other animals.

The lions and tigers are, without a doubt, the most feared and famous of these big cats. People have always used these two majestic big cats as either a flag symbol or a special place symbol since ancient times. In human history, lions and tigers have played a significant role.

To be frank, the Lion has held the title of King of Beasts for a long time, dating back to ancient times. The tiger was alive when the lion was given this designation, but tiger enthusiasts have debated whether the tiger merits the title because it is stronger than a lion. This resulted in several cage fights and other known battles to determine who was the stronger. 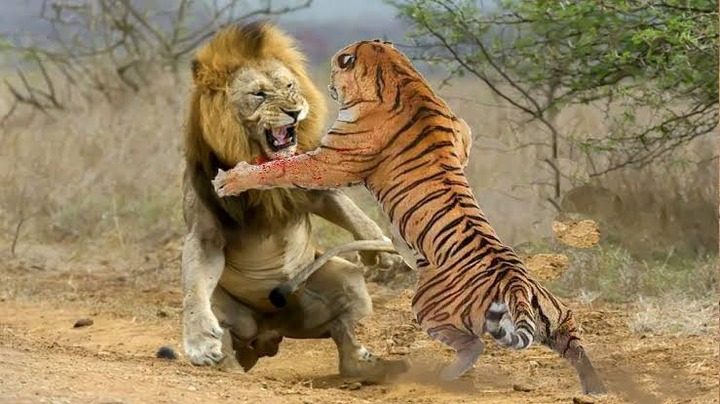 In some cases, such as gladiator battles between these cats in ancient Rome, it's been said that the tiger won most of them, while Clyde Beatty, a circus performer with many tigers and lions under his command, claims that he's lost most of his tigers to lions, and many other reports still go either way, with some favoring the lion and others favoring the tiger, so the debate continues.

Video Evidence: If you check YouTube for tiger vs lion footage, you'll find a plethora of them, some of which seem to be fake and most of which end with the tiger fleeing. The only true fight to the death video is one that took place in a pit in Gir Forest. While the lion won in the end, this does not mean that the lion is better because it depends on the person who was used in the war.

The bite force of a tiger is said to be greater than that of a lion, who has a tick-protective mane around his neck to shield him from a tiger's bite to the throat. 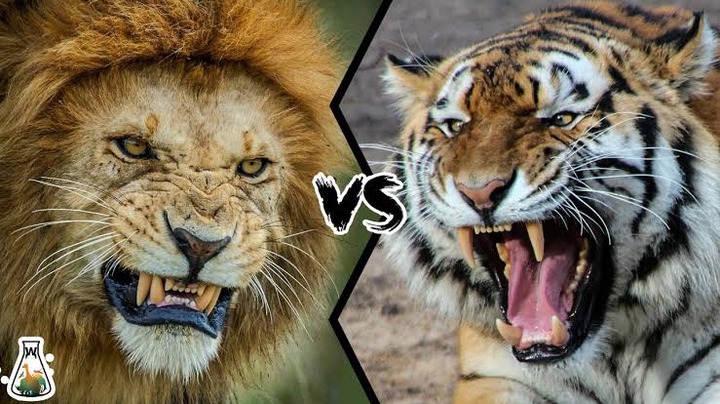 Tigers, unlike lions, aren't made for long fights and get tired easily, so when they fight, they go for the kill right away and flee if it doesn't work. That's why, in most YouTube videos, tigers are seen fleeing.

To summarize, a tiger has a significant weight advantage over a lion, as well as a much stronger bite force, while a lion has a defensive mane and much greater fighting stamina than a tiger. So, if they go ten rounds, I'll give the lion six rounds and the tiger four, giving the lion the victory.

The Battle: They will fight in a savannah grassland surrounded by a large fence. Both animals must be male, angry, hungry, and ready to fight. They'll be fighting over a dead Antelope in this match, and the winner will take all. Now I'll explain how the fight unfolds and concludes from my own perspective.

(Both cats are braced for a fight.)

Let the Battle Begin: It begins with the lion growling at the tiger to back away from the food, to which the tiger responds by growling back. When the alarm growl failed to function, the lion charged at the tiger in anger, and the tiger charged back, exchanging paw swipes.

At the paw swipe exchange, the tiger had the upper hand, lashing the lion 2 to 1 paw swipe, and the battle lasted about 5 minutes. Since the tiger was running out of stamina and resources, he knew he needed to end the fight quickly, so he tried to bite the lion in the throat, but he couldn't get a good grip due to the tick mane. 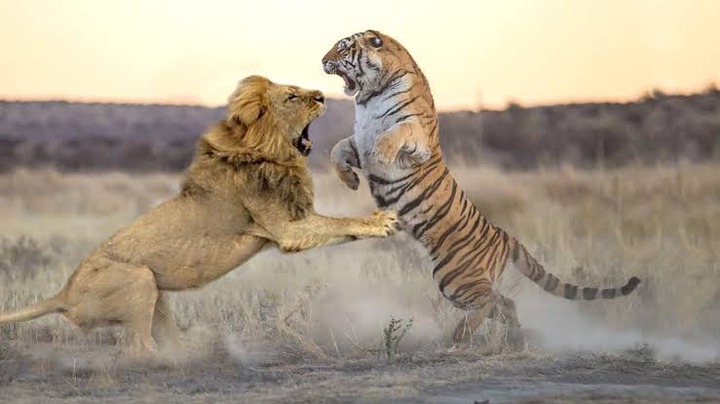 He attempted several times, but the lion would roll over and continue to attack the tiger. The tiger, sensing that he was running out of steam, started to withdraw steadily, but the lion pursued him because the lion was not yet ready to call it a day. Since there is nowhere to go, the tiger is forced to fight to the death.

The tiger attempted to pin the lion once more, but this time the lion rolled over and grabbed the tiger by the throat; the tiger tried to break free, but the grip was tight and powerful. The tiger gradually faded away until he was unable to fight back and remained motionless. The lion dragged the motionless tiger by the neck and dumped it next to the dead Antelope, where he then feasted lavishly and is now undisputedly the king of big cats.

Please keep in mind that this is only my opinion and point of view; you are free to judge and choose your own winner in the comments section, but it must be supported by fair evidence.

Also, please share with your friends so that they can add their own thoughts, and don't forget to follow me for more updates.

"Somebody's son should find me," Tiwa Savage says as she shares new picture

Eriksen Pulled Through, But Sam Okwaraji Died Playing For Nigeria, See Reasons Why

10 Easy Things All Of Us Do Wrongly

EURO2020: World-Class Players Who Are Not Participating in Euro 2020

Fmr Madrid manager describes Messi the best leader for over 15 years, names 3 things special about him