The story behind the cat and dog rivalry between the Icelanders and Greenlanders.

The rivalry between the Icelanders and greenlanders has often times been called the cat and dog rivalry. Let's look a little closer at the inception of this rivalry, as it was believed that both were brothers.

The rivalry goes way back as far as the inception of the both fraternities, they were believed to have been brothers, to fight for each other, protect each other, and identify each other, since they are both factions the SVC(supreme viking confraternity). Over time some people believed that the issue arose as the quest for supremacy over territories, while others claim its as a result of betrayal from one faction. I personally asked a member of the Iceland fraternity, he said the cat and dog fight erupted as a result of two brothers, who leaved in the same house, one was of Iceland fraternity, while the other was of the greenland fraternity. He stated that they lived together for a long time in harmony, until the brother who was of the greenlanders fraternity killed his brother over issues relating to the fraternity, and this incident angered the Icelanders who arose to avenge their member, killing some other greenlanders and since then, the both fraternities that where onces assumed to be brothers turned into rivals. Please you can also leave your reviews in the comment section. 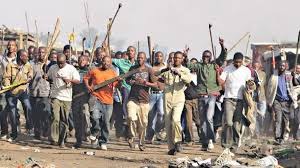