Five most dangerous dog breeds in the world.

By Youngdream (self media writer) | 11 months ago

The following are the five most dangerous dog breeds in the world. 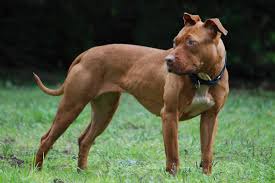 American Pit bull are one of the most dangerous dogs and have been banned by many countries in the world. Pit Bull is a term used in the United States for a type of dog descended from bulldogs and terriers while in other countries such as United kingdom the term is used as an abbreviation of the American Pit Bull Terrier.

The essential characteristics of this breed are strength, confidence and zest for life.Pit bulls were originally bred for bull baiting and dog fighting, and because of this heritage, they often show a tendency to attack other animals with a remarkable ferocity that contributes to public stigma against the breed.

This breed also does well in performers event because of its willingness to work and high level of intelligence. 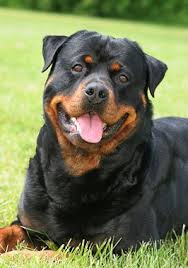 The Rottweiler is a breed of dog, originally bred to drive cattle to market and also used to pull cart for butcher. They have one of the worst tempers and need to be continuously trained and attentive to, inorder to avoid situation.

This breed have an impressively strong bite and their jaws are stronger than that of German shepherd and Pit bull with a bite force of 328 pounds. They are aggressive dog with powerful jaws and they have the tendency to not release their victim from hold. 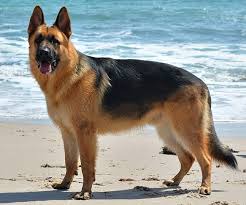 In the United States, German Shepherd is the second most popular dog breed known as Alsatian. German Shepherd are working dogs developed originally for herding sheep because of their strength, intelligence, trainability and obedience.

This breed have a strong bite force of 238 PSI which can crush human bone. They are also the third most intelligent dog, that is why they are used in police department. This breed is known for its courage, loyalty and guarding instincts. 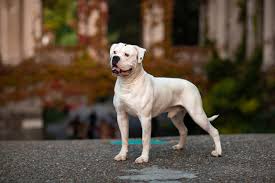 American Bulldogs are well balanced athletic dog that demonstrate that demonstrate great strength, endurance, agility and a friendly attitude. This dog is a large breed of utility dog descended from Old English Bulldog.

This breed have a strong have very strong jaw and can grip powerfully. American Bulldogs are stocky, fairly large and muscular dog. They can weigh between 27 to 54 kilograms and have a very strong bite force of 305 pounds. They are attentive and energetic dog that need a lot of exercise. 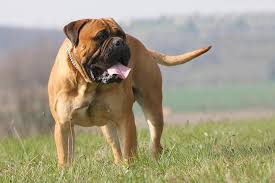 Bullmastiffs are smart, athletic and energetic dogs. They have an aggressive temperament, which if not properly cared for can turn out to be fatal. The bite force of this breed is 552 pounds.

The Bullmastiff is a devoted, alert guard dog, with a good-natured temperament. This breed is also docile and affectionate, but fearless if provoked.

Content created and supplied by: Youngdream (via Opera News )