Annals of anarchy: Who will vote in Anambra governorship election?

The last time I wrote about the forthcoming Anambra State governorship election scheduled for November 6, 2021, I focused on the many internal crises rocking major political parties in the state as to who will emerge as their flagbearer.

After so much rumble and stumble, billionaire politicians in the state have now sheath their swords, came to a consensus and agreed on one candidate that will now fly the party flag on election day. It was not an easy conclusion, it took months of in-fighting, negotiation, disagreement, litigation, court judgement and counter-judgement. In the end, they all came to a round table and do what they were supposed to have done right from the start. But then legal firms have made big monies from the situation, and that is the beauty of the profession. 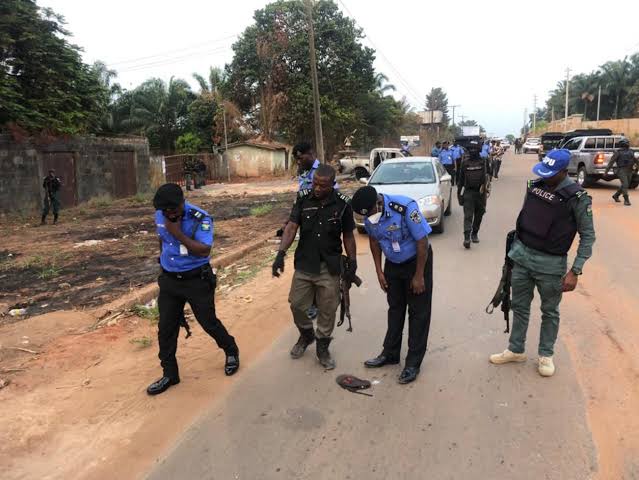 While I see the state as an encyclopedia of political drama among its influential players especially when it comes to the governorship election, frail nerves among politicians and within political parties have now been calmed, political warriors have sheath their sword and we seem to have moved on from that entanglement.

But there is a fresh concern to be worried about, the Indigenous People of Biafra (IPOB) is now the major threat to the November 6 Anambra gubernatorial election. This group has stamped their authority firmly in major south-eastern states with Anambra being one of them. We have seen how residents ostensibly obey their sit-at-home order even to the detriment of their businesses, education, and other economic activities.

Aside from the weekly sit-at-home order that is now a norm, and the destruction of INEC facilities and election materials despite heavy security presence in the state by angry youth, happenings in Anambra state most recently has posed a major threat to the forthcoming election.

On September 28, Chike Akunyili, husband of the late boss of the National Agency for Food and Drug Administration and Control (NAFDAC) and former Minister of Information, Dora Akunyili, was murdered by gunmen in Anambra. He was shot dead while returning to Enugu from an event to honour his late wife. There was no mistake, he was targeted, identified, and brought down. Many people still wonder what could be the sin of the late medical doctor who owns one of the biggest private hospitals in the region. 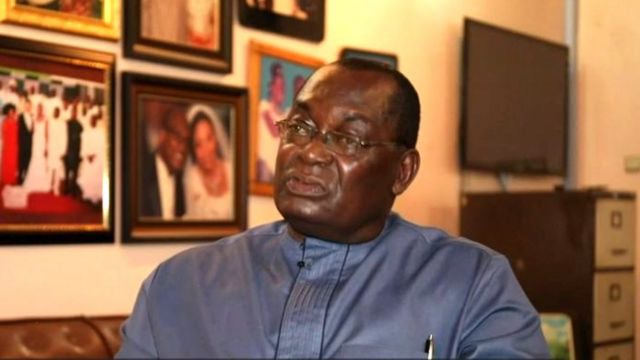 As usual, blames have been traded. IPOB has denied having a hand in Dr Chike's death, while also blaming the DSS for his demise, but the DSS on the other hand has denied killing Akunyili and vowed to track down his killers.

On Sunday, October 3, gunmen set ablaze the residence of Joe Igbokwe, Special Adviser to Lagos State Governor on Drainage and Water Resources, and that of a former Minister of Finance, Sonny Chu Okongwu, in Nnewi. There was heavy gunfire during the attack, and unfortunately, two lives were lost including a student of the College of Sciences student at Nnamdi Azikiwe University identified as Chioma.

Also recently, a video went viral on social media where suspected cultists beheaded a member of a rival group and used his head to play football at Igbariam, a community in the Anambra East Council area. In the video, the victim was dragged out of his car and shot at close range. He was later beheaded, and his head was taken to a square, where his assailants tossed it as football while making jest of him.

Such a video will no doubt sends shivers down the spine of residents of the state and will keep them fearfully indoors especially on a delicate day like November 6. I ask again, who will come out to vote on the election day? 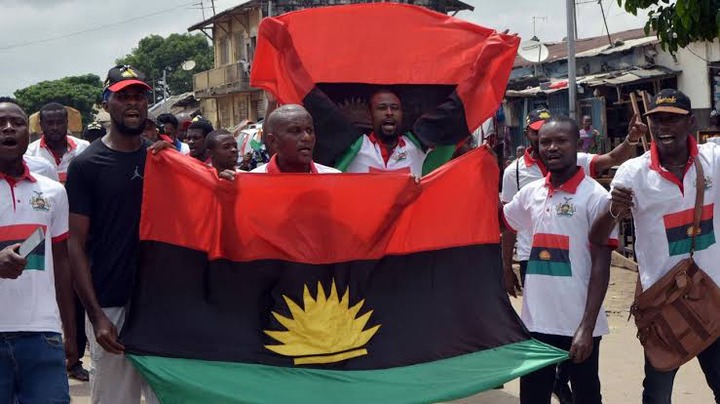 The Indigenous People of Biafra have gone out of control and turned themselves into a nuisance. They have deviated from the original goal we were made to believe they were pursuing and now resorted to making life unbearable, first for their own brothers and sisters, and secondly, for authorities. As much as its leaders try to deny, IPOB is not what it used to be up until 2020. They were known to be fighting for the actualization of the independent state of Biafra where the Igbos will have their own sovereign state and rule themselves, this is a fair and reasonable position.

But times have changed, IPOB has now turned itself into a violent group that kills their own people and destroys their own properties and businesses. Petty traders who violate the sit at home order are made to face the music immediately. Market women, school children, even farmers cannot go out on Mondays and are scared to walk freely on any other day. This madness must stop and IPOB must call its members to order. I am sure most countries, organisations and people initially trying to identify with IPOB would have at this point had a rethink and change of mind, except where they are making personal gains.

Their activities have now put the forthcoming Anambra election under threat, perhaps that is what they want, but who are they hurting? No one but themselves and their people. If IPOB claims these criminals giving its group a different coloration are not part of them, they should fish them out and put an end to this madness. Whether the election is held on November 6 or not, somebody must govern the state, the provision has already been made in the constitution of the federal republic of Nigeria. And In the end, Anambra state may end up having an 'arrangee' governor because the outcome may largely not reflect the wishes of the people. 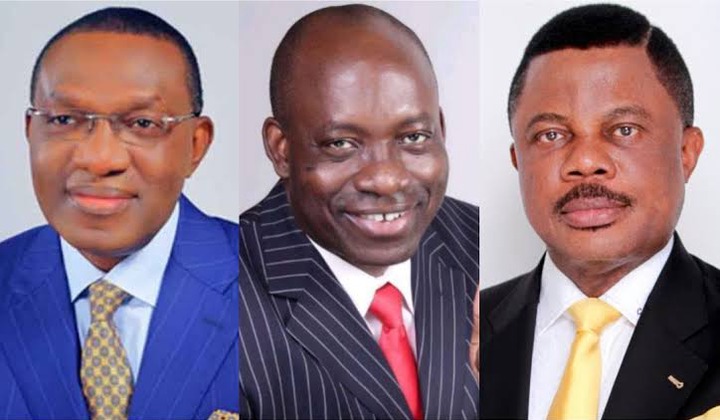 Happenings in Anambra state could also be politically motivated. There have been reports of the kidnapping of political figures in the state. Former acting State Chairman of the Peoples Democratic Party (PDP), Dr Dan Ulasi was kidnapped alongside his driver at Nnewi but released several hours later. Similarly, reports also went out the same day that the whereabouts of the Labour Party (LP) candidate in the state, Obiora Agbasimelo became unknown after his campaign train was attacked at Nkpor, near Onitsha.

Party flagbearers have even suspended their campaign for fear of being attacked. Valentine Ozigbo, candidate of the PDP has since announced the suspension of his campaign, and so has Sen. Andy Uba, who is the APC candidate for the election.

Now if the Anambra governorship election must provide the right choice of the people, the Independent National Electoral Commission must shift the election date, and give time to fix these insecurity challenges. An election should not be done in isolation, neither should electorates be disenfranchised, Every registered resident should be allowed to vote in a safe and secure environment, while their votes are protected. In a situation whereby this cannot be guaranteed, the onus is on INEC to shift the date of the election. 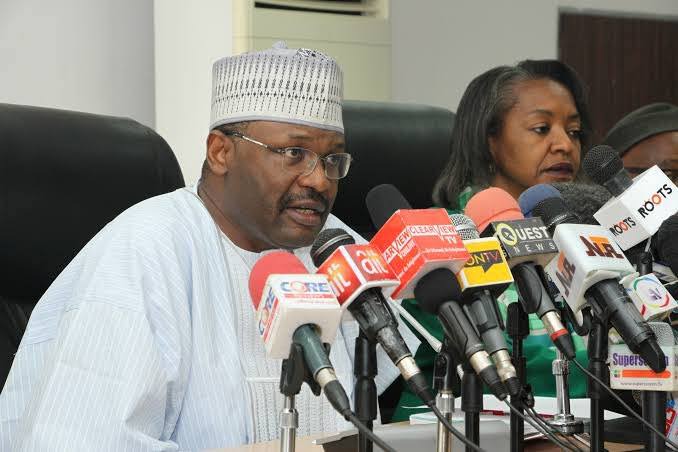 Also, I concur with the opinion of the national spokesman of Ohanaeze Ndigbo Alex Ogbonnia that said there is the need for the elders of Igboland to organize a seminar for a reorientation of Anambra youths and find a way to sort out these criminals. This will help fish out the bad eggs and renew residents' confidence in coming out to vote.

As it stands today, it is strongly advisable that the November 6 Anambra governorship election be moved to a later date for the safety of INEC officials and electorates alike, and for the sake of a free and fair process.