By Ayodeleking01 (self media writer) | 9 months ago

The governors met on Monday at the Kaduna State government house's Council Chamber (Sir Kashim Ibrahim House), according to reports.

The governors met with certain traditional rulers and Emirs from the region, led by the Sultan of Sokoto, under the auspices of the Northern States Governors' Forum.

The governors denounced zoning, as previously adopted by their southern counterparts, in a statement issued following their meeting, stating that zoning is unconstitutional. 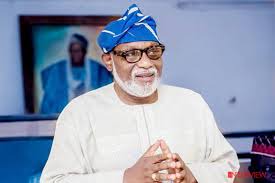 “The statement is in direct contradiction to the provision of the Federal Republic of Nigeria's Constitution (1999) as amended, which provides that the elected President must receive at least 25% of the votes cast in two-thirds of the federation's states. In the event of a run-off election, a simple majority will win,” the statement stated in part. 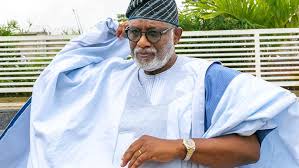 The Northern Governors also criticized their southern counterparts' stance on Value Added Tax (VAT) collection, claiming that collecting VAT by state governments would result in economic hardship and multiple taxation. In response to the Northern governors' position, Akeredolu stated that his Northern colleagues have expressed and exercised their freedom of expression rights.

Ondo Commissioner for Information and Orientation, Donald Ojogo, told Newsmen that the Southern Governors remain steadfast in their demand. “They (northern governors) have expressed and exercised their rights under free expression,” he said. Nobody has the authority to prevent them from expressing themselves.”