By OfficialAyobami (self media writer) | 2 years ago 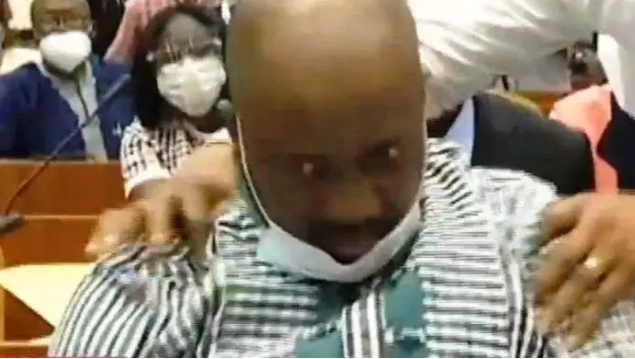 The Acting Chairman of the Niger Delta Development Commission (NDDC), Daniel Pondei, slowly slumped on his seat and appear to have fainted while giving account of his stewardship at the investigative panels of the House of Representatives Committee probing the commission today, Monday, 20th July, 2020. When he appeared to be feeling fainting, members of the House who were present at the hearing, rushed to help him out, making efforts to resuscitate him as the preceding interrogation was halted.

Pondei was unable to give account of the spending before he slumped and fainted during the probe in reply to grilling by the House of Representatives Committee on how he got authorization to spend the sum of N1.32 billion for covid-19 palliatives for members of the commission. He could not also give account of the 640 million he approved to one clear point communication limited.

He had earlier corrected a committee member on the exact sum of the covid-19 intervention figure. "N1.32 billion, not N1.5 billion," He said. Pondei began to outline his defenses, which according to him, scholarship payments are being processed. "The forensic audit is ongoing. I won't comment on that, the NDDC doesn't have jurisdiction over the audit . We only provide the necessary documents for it. We promoted staff when we came in because morale was low." The House Committee requested Acting MD, Pondei, to submit 41 documents of which he only submitted 4. He now stands to defend NDDC spendings under his management.

He explained that most of the spending was used to settle incurred expenses by past administration.

Pondei has walked out of the hearing last week accusing Mr. Tunji Ojo of being an interested party in the probe, he now regrets his actions when he walk out on the committee the previous week.

Chairman of the Committee, Olubunmi Tunji Ojo, who had to rescue himself from the hearings after allegations of the corruption were directed towards him.

After he fainted today which seem to be the fourth public hearing, he was taken to the hospital for medical attention and the hearing went into recess for 30 minutes.

According to a report, it appears he had seizure, as they try to sit him upright and hold his mouth. 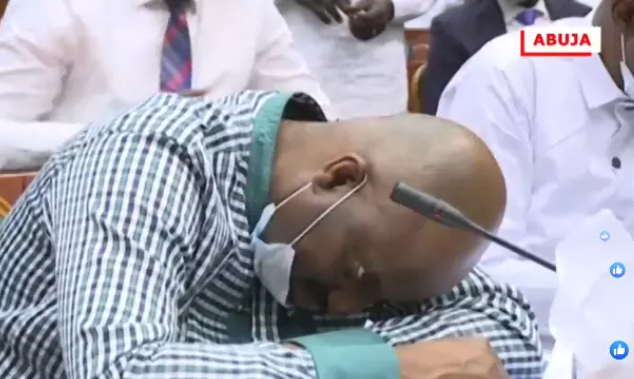 Now, the question is - was this act actually a written script or a real life coincidence? Because people don't understand what transpired. May God help Nigeria, what our eyes are seeing in this country is beyond man understanding o..

Kindly let me know your take on this article by leaving a message in the comment section below.

Watch Video from the link below:

Content created and supplied by: OfficialAyobami (via Opera News )