By Olayinka (self media writer) | 16 days ago

The SouthWest Agenda 2023 group, known as SWAGA has claimed that Bola Tinubu , the National leader of the All Progressives Congress, is assured of 12 million votes ahead of the 2023 presidential election 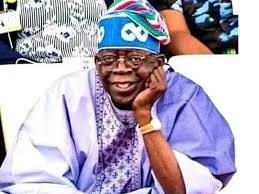 The chairman of the pro-Tinubu group, Senator Adedayo Adeyeye, made this claim on Friday as a guest on Channels TV’s ‘Politics Today’ programme.

While there have been several campaigns for the former Lagos State leader, he is yet to publicly declare his intention to run for the office of the president. 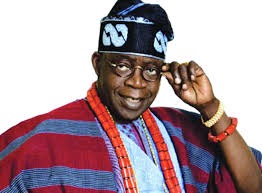 Speaking on the television programme on Friday, Adeyeye, a former Minister of State for Works and Housing, said Tinubu is assured of at least 12 million votes from the South-West like Buhari got from the North before the 2015 elections.

In his words “Don’t forget that one of the selling points for President Muhammadu Buhari in 2015 was that he already had 12 million votes in his pocket (in previous elections) particularly in the North-West and North-East. So, it was easy with support from a few other places for him to win the presidency. We are also saying that come 2023, the man we are projecting already has at least 12 to 13 million votes in his pocket and so it will be easy.”

Content created and supplied by: Olayinka (via Opera News )