Today's Headlines: "My Call On Buhari To Act, Is Out Of Patriotism"- Ortom, Retired Police Protest

By HamzatHaxan (self meida writer) | 6 days Recalled that President Muhammadu Buhari last night, expresses disappointment over Governor's Ortom speech, however, the Governor of Benue State, Samuel Ortom on Friday has said that his call on President Muhammad Buhari to act as leader of all Nigerians and tackle the rise in insecurity across the country was borne out of his patriotism.

Governor Ortom was reacting to the statement credited to the Senior Special Assistant to the President on Media and Publicity, Mallam Sheu Garba saying that the president expressed disappointment and sadness for Governor Ortom making a litany of accusations against his person and government.

In a press statement issued by his Chief Press Secretary, Terver Akase, on Friday, Ortom said that his clarion call on the President was for him to act decisively and in an unbiased manner to end the spate of killings by Fulani herdsmen in Benue and other parts of the country.

The Ogun State Independent Electoral Commission (OGSIEC), has announced on Friday, that the next local government election in the state will hold on 24th July 2021, confirming that new Local Government Chairmen and Ward Councillors would be elected on that day. 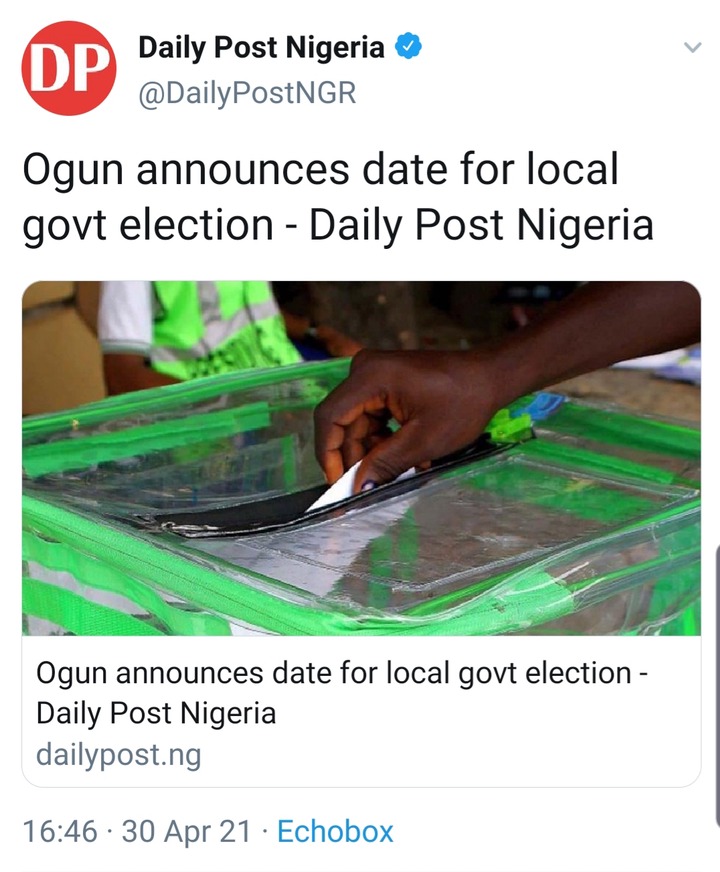 According to reports, the announcement was contained in a statement signed by the Chairman of OGSIEC, Babatunde Osibodu and made available to newsmen in Abeokuta on Friday. 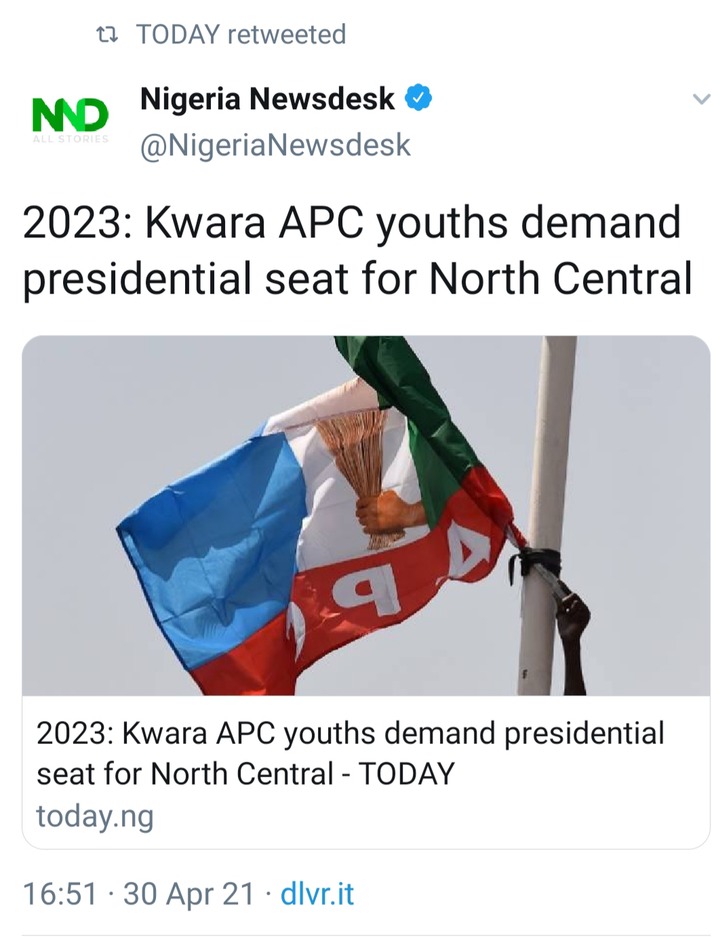 Kwara State youths who are members of the ruling All Progressives Congress have demanded that the party at the National level, zone the 2023 Presidential seat to the North Central in order to guarantee equality, justice, and fairness.

Spokesman of the group, Ajibola Abdulkareem, and prominent APC youth leader who hails from Offa said that the North Central geopolitical zone has been shut out of the Presidential seat since the nation got independence in 1960.

Speaking in Ilorin after an emergency meeting of APC Youth Ambassadors on Thursday, Mr Ajibola said that the injustice against the North Central is unfair and 2023 is the time to correct it by zoning the Presidency to North Central.

Retired Police officers in Cross River State have staged a peaceful protest over pension and their poor welfare. 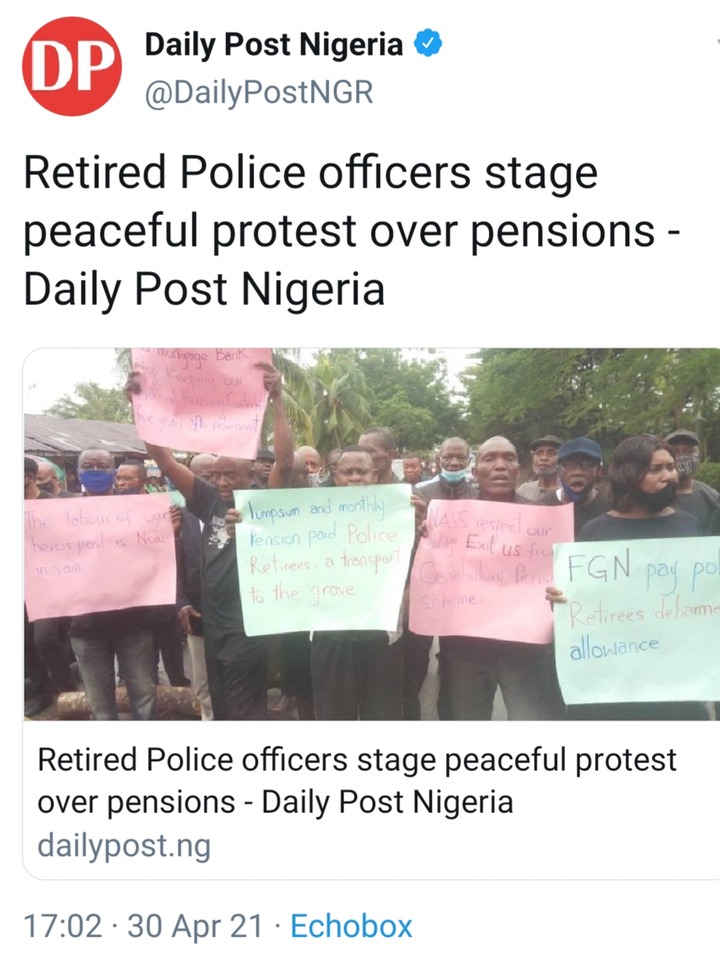 However, the protesters during the peaceful rally threatened to move out of the pension scheme.

Speaking at the Police Headquarters in Calabar, during the protest, the spokesperson of the group, SP Iwara Ibiang (retired) described the ordeal of retired officers. 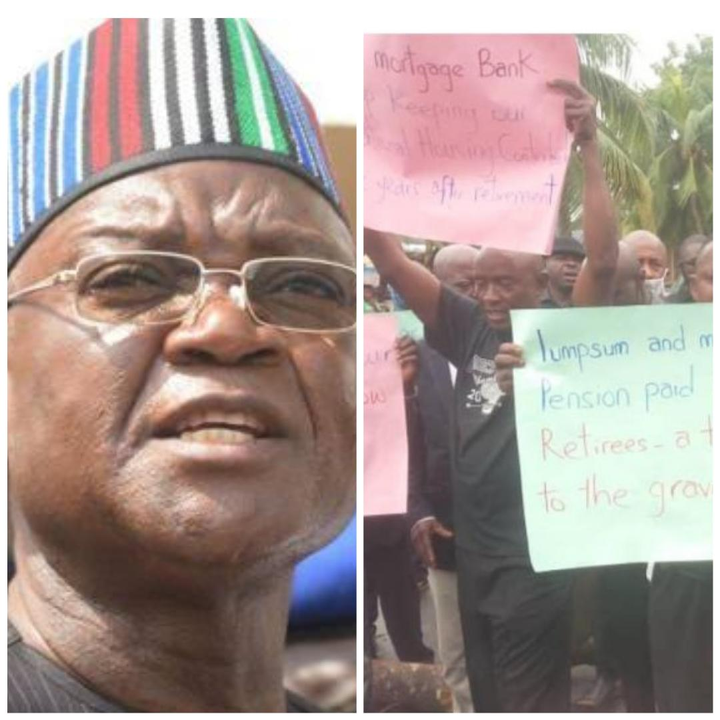 Content created and supplied by: HamzatHaxan (via Opera News )

Simple Steps To Prepare Date Paste For Home Use

Reactions as President Buhari says, "Some People Are Mercilessly Against This Country"