By InyaliPeter | self meida writer
Published 1 months ago - 1468 views 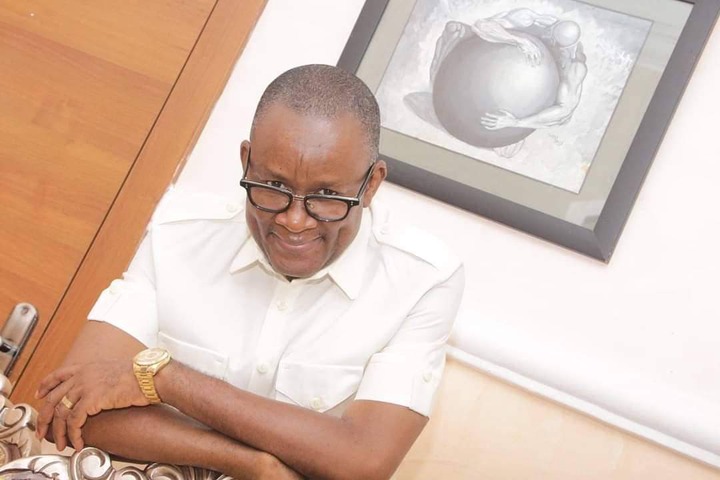 The social media have been inundated with claims over the past few days that the newly approved federal polytechnic Ugep is a product of a bill sponsored and passed into law by the former Senator representing the Cross River Senatorial district, Sen. John Owan-Enoh.

Proponents of this claim have been promoting it without evidence. Most of them are doing it to justify their agitations that Ikom should have been the preferred location for the institution and not Ugep in Yakur local government area of Cross River State.

This piece is not pointedly aimed at trying to justify the location of the institution in Ugep (even though Ugep is as qualified as Ikom or any other local government to host the institution) nor it is an attempt to downplay the contribution of Sen. Owan-Enoh or anyone towards the citing of the project in Cross River.

It's simply to set the records straight and help those promoting the disinformation to know that as at now, there is nothing like that. From the available records, there have never been a time that the President of the Federal Republic of Nigeria, President Muhammadu Buhari assented to any bill for the establishment of a Federal Polytechnic in Ikom, Cross River State. Maybe, it would come later but for now, all such claims are barefaced lies and imaginations.

No doubt, the Senator before he left the Senate in 2019 had sponsored a bill for the establishment of a Federal Polytechnic in Ikom. But the bill is still lying in the national assembly and has not become law yet. It hasn't been passed nor assented to by the President. It was not vetoed by the two houses of the National Assembly either.

The Ikom Polytechnic Bill as sponsored by Sen. Owan Enoh passed through second reading in the Senate around May, 2018. When a bill gets to this stage, there are many other stages it goes through before it becomes law.

During the second reading which is the stage where the bill is debated and the sponsored (in the case of a bill sponsored by a Legislator) is expected to defend the bill by highlighting the subject matter, benefits and general rules, if supported by majority, it would be referred to a committee for further work.

At the committee level, the committee would examine all aspects of the bill, look at it more critically and organize public hearing for members of the public who have interest in the bill or experts for debates and engagement.

After this stage, the committee will collate all the suggestions or amendments if any and make a full report back to the general house. This report is done with or without amendment to the bill.

After the committee report and deliberation by committee of the whole in a plenary, a motion would be moved that the bill be read the third time immediately or at another time.

The third reading is the stage where bills are passed by either houses of the national assembly. At this stage, no amendment can be made to the bill. However, if a lawmaker wishes to raise any amendment, he or she would move a motion that it should be recommitted to the committee. If the motion is supported by majority, the house will dissolve into committees to discuss the amendments. After that, it'll then be read and passed.

It should be noted that when a bill is passed by either houses of the national assembly, it doesn't automatically become law. If a senate bill like the case with the Ikom Polytechnic bill is passed, a clean copy of the bill will be produced and endorsed by the Senate President and forwarded to the House of Representatives for concurrence.

When a bill is sent to either houses, the house would either accept the bill and pass it too, reject it completely or disagree with some aspects and proceed to amending them. When the receiving chamber amends, the originating chamber also reserve the right to accept the amendments or reject them. If the amendments are rejected, the two houses will set up a joint conference committee to look into the areas of disagreement after which the report of the joint conference committee will be read in both chambers for consideration.

If both chambers accept the report, the bill would now be sent to the clerk of the National Assembly who would enroll it for Presidential assent.

When the bill gets to the President 's table, the President within 30 days must respond to the bill. His response can either be to assent, outrightly veto it or reject some aspects of the bill. If he rejects some aspects of the bill, he would write the National assembly stating clearly, areas he want amended before giving his assent. If the National Assembly agrees with him, the bill will be withrawn for further deliberation on the amendments suggested by the President.

It's important to note that before a bill becomes an act of the National assembly or law, it must passes through about eleven stages including three readings. All these stages take time and the three readings except in rare occasions are usually in different days.

Now, back to the Sen. Owan-Enoh 's Ikom Polytechnic bill. There is no evidence to show that the bill has passed through all these stages and have been assented to by the President as claimed by some people in the social media.

On the 30th of May, 2018, the now verified Facebook account of Sen. Owan-Enoh (@Senator John Owan Enoh - Joe) posted that " The bill for the establishment of the Federal Polytechnic, Ikom, Cross River State to provide full time courses in technology, applied science management and other fields of studies and to make provisions for the general administration of the polytechnic and for other matters connected therewith, 2018 (SB. 672) was read the Second Time". 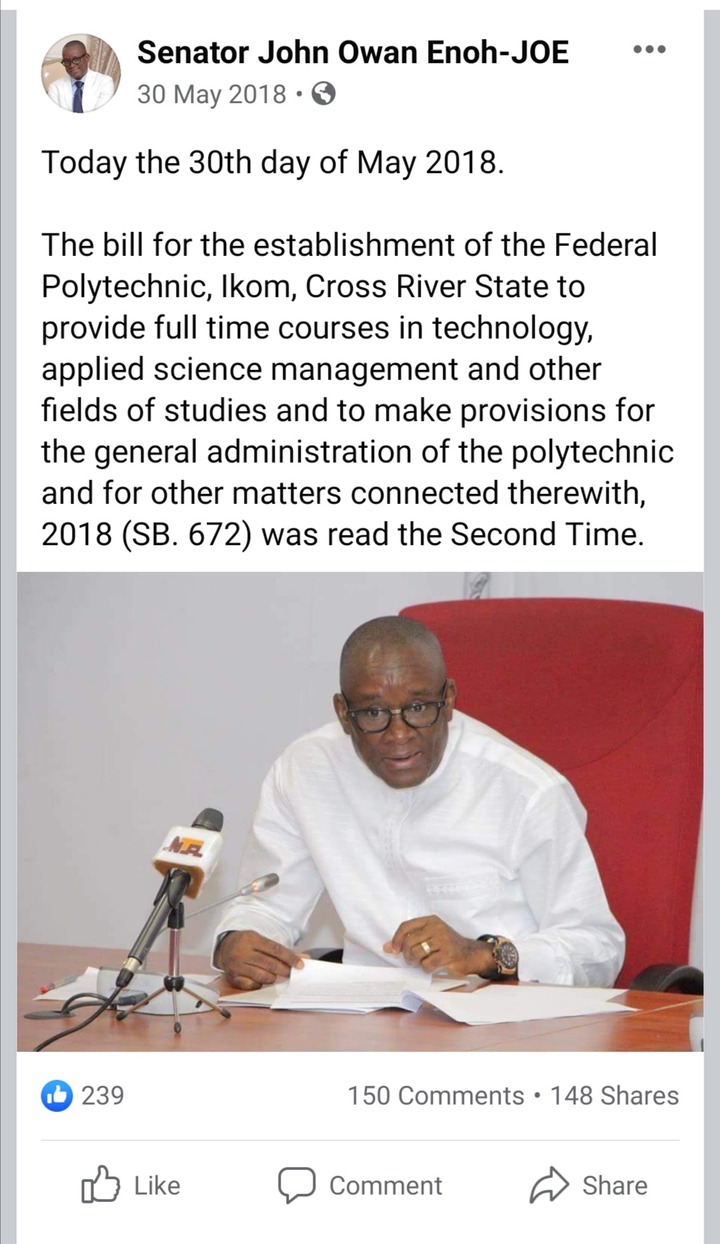 There was never a time the Senator spoke further on whether the bill was committed to the committee as it should be when it gets majority support or 'negatived' if it doesn't. Also, there have been no further information whether the bill was returned to the Senate for third reading, sent to the House of Representatives for concurrence or assented to by the President.

The only time the Senator through the same Facebook page made a public statement about the bill was on the 23rd of September, 2020 when President Buhari granted approval for the establishment of six new polytechnics and colleges of education in the six geopolitical zones of the country with Cross River being the beneficiary of the Polytechnic slot for South South.

The Senator hurriedly posted that "President Buhari grants approval to the bill for the establishment of the Federal Polytechnic, Ikom, Cross River State to provide full time courses in technology, applied science management and other fields of studies and to make provisions for the general administration of the polytechnic sponsored by Sen. John Owan Enoh". This claim was and remains false and misleading. The President doesn't grant approvals to bills. When there's an act, as the Cheif Executive Officer, his responsibility is to implement and in this case, the Senator clearly mentioned bill and not act. 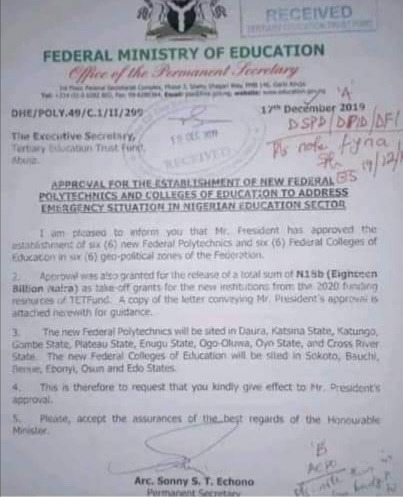 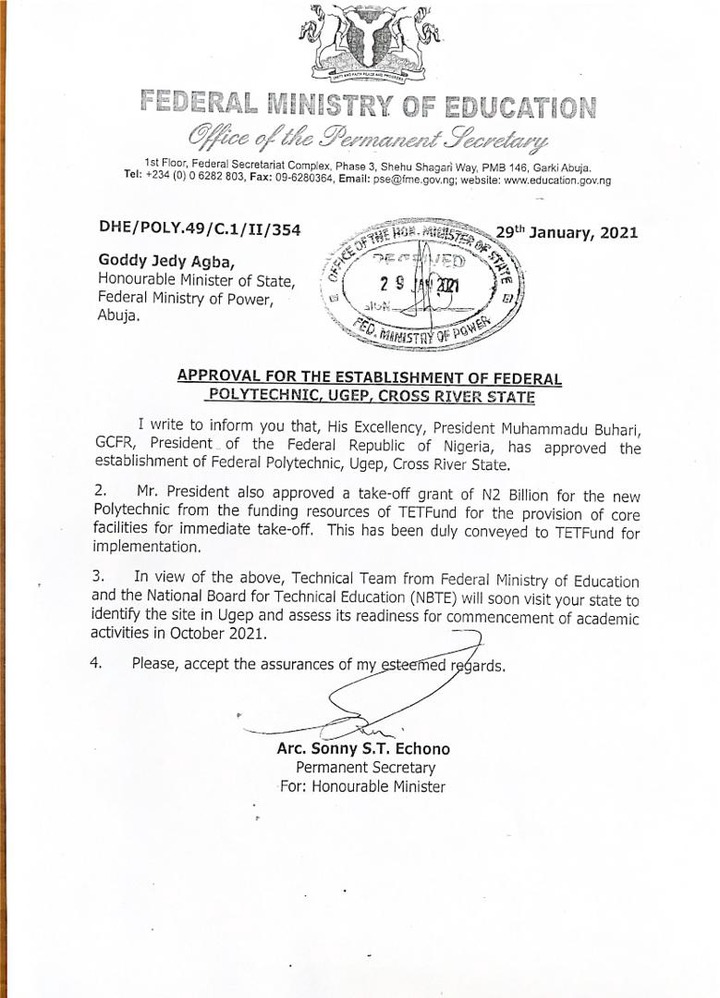 Most of the Senator 's supporters have been relying on the September 23rd claim to argue that the newly approved federal polytechnic is a product of the bill. Some have even falsely claimed that the President had assented to the bill.

Second reading which is the stage the Ikom Polytechnic bill was at the time Sen. Owan Enoh left the Senate is about the 5th stage in law making process by the National Assembly. After that, a bill needs to go through seven other stages before it becomes law.

Those spreading conspiracy theory to discredit the location of the Polytechnic need know and accept that Ugep is as qualified as any other place in Cross River central which until the approval, was the only Senatorial district in the state without the presence of federal tertiary institution.

Also, they should know that the Polytechnic which has been graciously approved by the President is not a product of any specific legislation. Again, the President doesn't necessarily need a special act to establish tertiary institutions in any part of the country. There are general guidelines defined by the constitutions that provides guide.

Nevertheless, it is true that a tertiary institution can be created through an act of parliament which is achieved through a bill sponsored by a Legislator and passed into law after fulfilling all the stages.

However, it is also fact that schools can also be created without specific demand by an Act for it (like in this case). For instance, when former President Goodluck Jonathan established 9 new federal universities in 2011, there were no special legislations demanding such development.

What President Buhari has done with the approval for the establishment of new federal polytechnics and colleges of education in the six geopolitical zones is Akin to what Jonathan did in 2011.

However, if the Senator and his supporters feel otherwise with their claim that the Polytechnic is a product of the bill which is yet to be passed, they should provide the public with evidence of the laws for the establishment of other federal polytechnics and colleges of education approved by the President.

Also, they should come out with proofs of documents showing when the bill was transmitted to the President for assent and was assented.

Without this, their claims would continue to be regarded as lies promoted just to massag the Senator's ego and nothing more.

access bank transaction code excess love remix lyrics funny love messages old school dressing scatter by fireboy
Opera News is a free to use platform and the views and opinions expressed herein are solely those of the author and do not represent, reflect or express the views of Opera News. Any/all written content and images displayed are provided by the blogger/author, appear herein as submitted by the blogger/author and are unedited by Opera News. Opera News does not consent to nor does it condone the posting of any content that violates the rights (including the copyrights) of any third party, nor content that may malign, inter alia, any religion, ethnic group, organization, gender, company, or individual. Opera News furthermore does not condone the use of our platform for the purposes encouraging/endorsing hate speech, violation of human rights and/or utterances of a defamatory nature. If the content contained herein violates any of your rights, including those of copyright, and/or violates any the above mentioned factors, you are requested to immediately notify us using via the following email address operanews-external(at)opera.com and/or report the article using the available reporting functionality built into our Platform 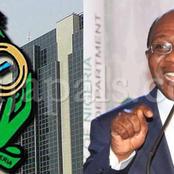 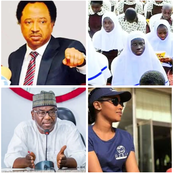 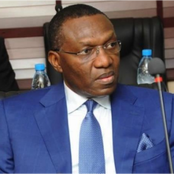 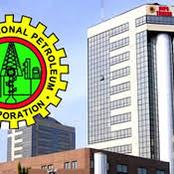 A Woman May Succeed Buhari In 2023 - Zainab Marwa 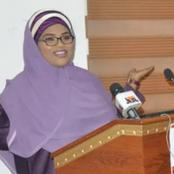 Photos Of AB Maishadda, Nana, And Others Kannywood Actors On A Movie Set 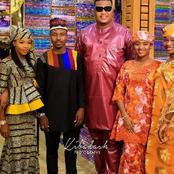 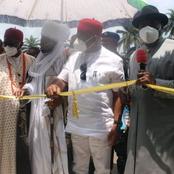 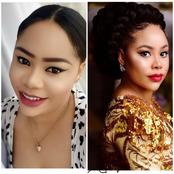 President Buhari recounts why he chooses Osinbajo as his VP on his 64th birthday. 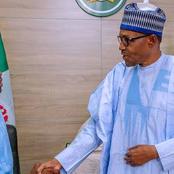