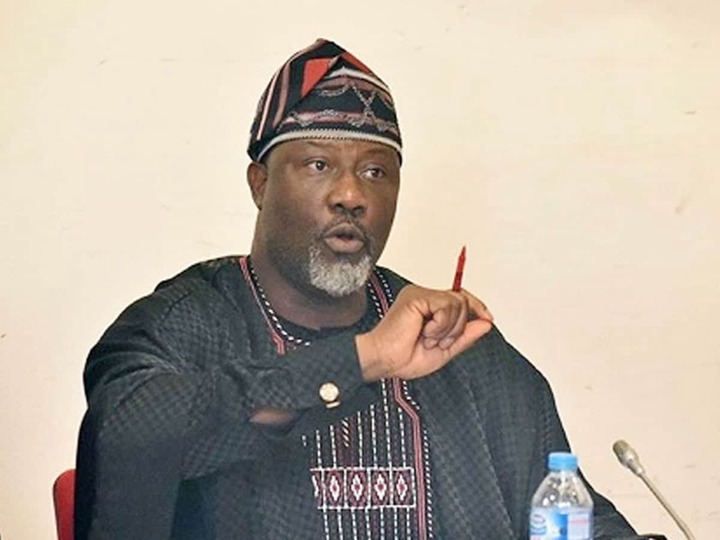 Former Senator who represented Kogi West Senatorial District during the Eight National Assembly is under heavy verbal attacks for describing the current administration of President Muhammadu Buhari as a one chance government and subsequently comparing the price of Lipton tea sachet now with that of the former President Goodluck Jonathan's tenure.

Melaye, who hails from Ayetoro Gbede in Ijumu Local Government Area of Kogi State, took to his official Facebook handle today, Sunday 29th, 2021, in his usual manner of criticizing the government of the day led by President Buhari's All Progressives Congress, said that it is a "one chance government of APC."

The comic Dino, who had earlier posted a video claiming that source of problems for his English Premier League Club's is the Club Manager Mikel Arteta, was under heavy verbal attacks after he called out the APC led government, and further compared the price of Lipton tea which stood at ₦5 during Goodluck Jonathan's government to the current price of ₦20 for the same sachet of the item.

Here is what he posted moments ago that got him into trouble with some Nigerians, "one chance government of APC." Many commenters, who reacted to the post stated that his party, the opposition Peoples Democratic Party, is not better off either. They claimed that Melaye is part of the rot that the country is currently witnessing on a large scale. They also accused him of being part of former President Jonathan's loss to President Buhari.

Reacting, Chibuzo Chinos wrote "My anger now is that you joined to criticize Goodluck Jonathan when it was 5 Naira. Buhari told you all he's coming with change, and you didn't bother to ask the direction of the change. All of you owe Goodluck Jonathan apologies."

Hamisu Yusuf Bukul expressed happiness with some comments so far, saying "I'm very happy to see all these comments. Because this indicates that we (Nigerian) are now aware of those rude politicians irrespective of religion, region or political parties. All these politicians are from the same parties, while we poors always supporting them and fight against our selves."

"You were once part of the one chance government as a matter of fact contribute to it. Because of your interest then you said Kogi state Governor is a Devine mandate today he's the worst governor to you. Oga abeg make we hear word." Idrees Ibrahim said as he condemned Melaye's post.

In my opinion, I admit that each government comes with its peculiarities and challengees, what effort had Mr Melaye, who was a one-time Senator of the Federal Republic of Nigeria, made to ensure things did not go out of hands as we are currently experiencing now in the country.