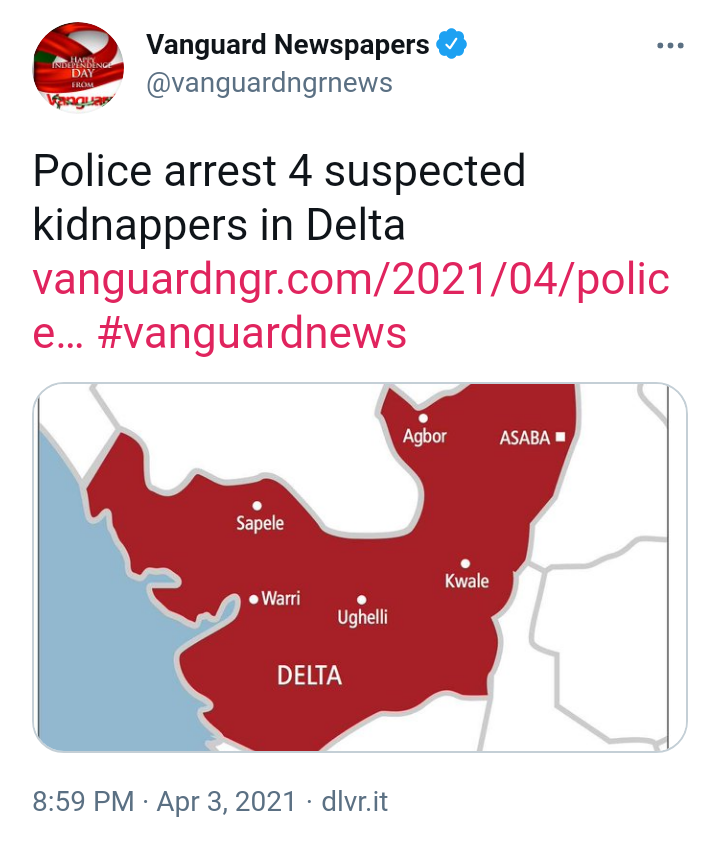 Two days after one Mr William Aduwoma was rescued from the clutches of kidnappers at a bush in the Arhade community, Isoko North Local Government Area, Delta State, the police in the state command have arrested four persons for their alleged involvement in his abduction.

Public Relations Officer of the state command, Mr Bright Edafe who disclosed this in a statement, said Aduwoma was rescued unhurt “after the suspects abandoned him and ran away due to the pressure from the police. 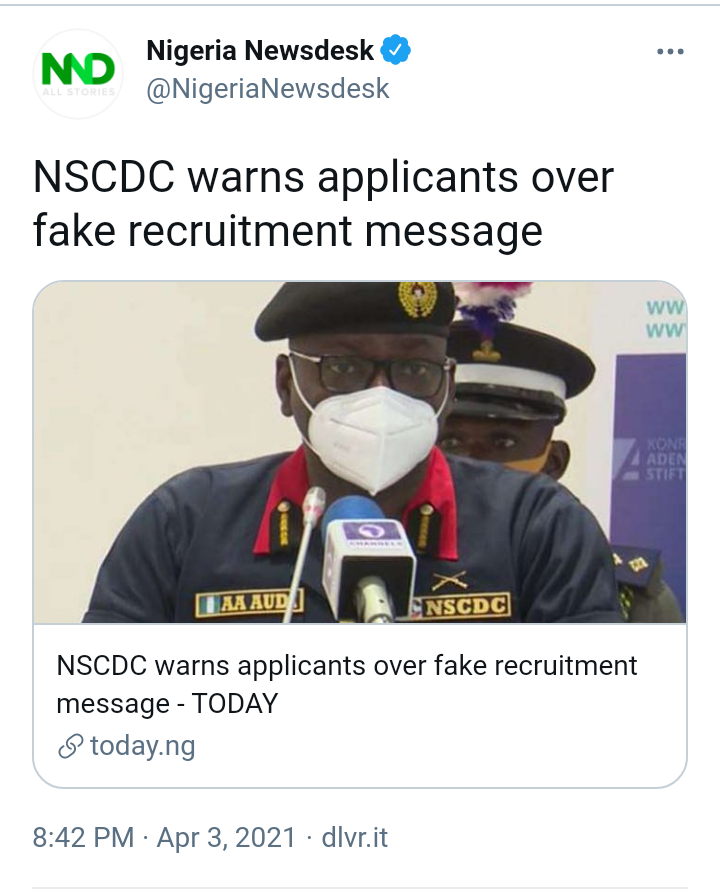 In a statement by its spokesman, DCC Olusola Odumosu, the Corps said the information is untrue, misleading and fraudulent by scammers in their quest to swindle innocent job seekers.

“The Corps wishes to distant itself from this fraudulent and malicious act of some unscrupulous elements in their attempt to hoodwink unsuspecting Nigerians especially the youths into thinking that NSCDC has commenced it’s recruitment process thereby demanding for unsolicited assistance and kickbacks to influence the selection process. 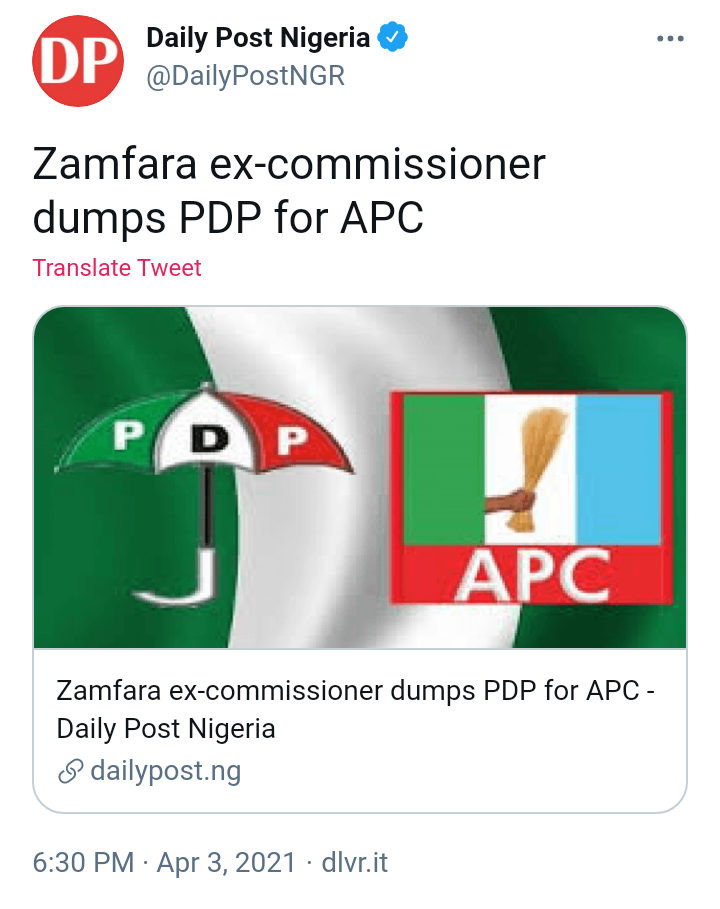 Sanusi Maradun, a former Commissioner for Social Welfare in Zamfara, has defected from the Peoples Democratic Party (PDP) to the All Progressives Congress (APC).

The politician said he decided to join the APC based on its success in retaining grassroots politics in the state. 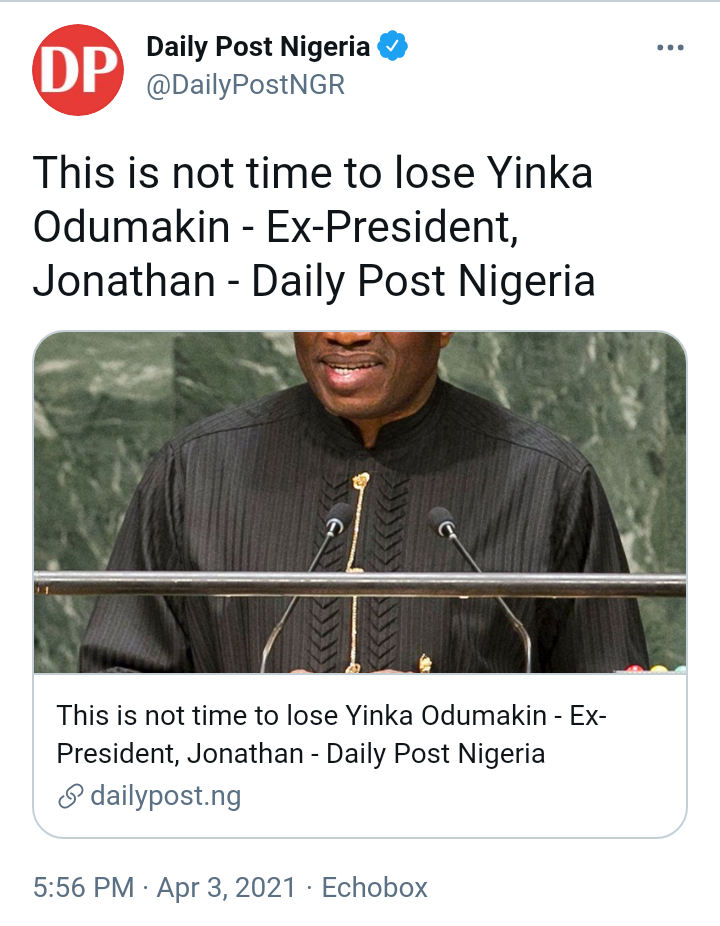 In a statement on Saturday, Jonathan described Odumakin as a courageous patriot and rights crusader who contributed so much to the development of the nation. 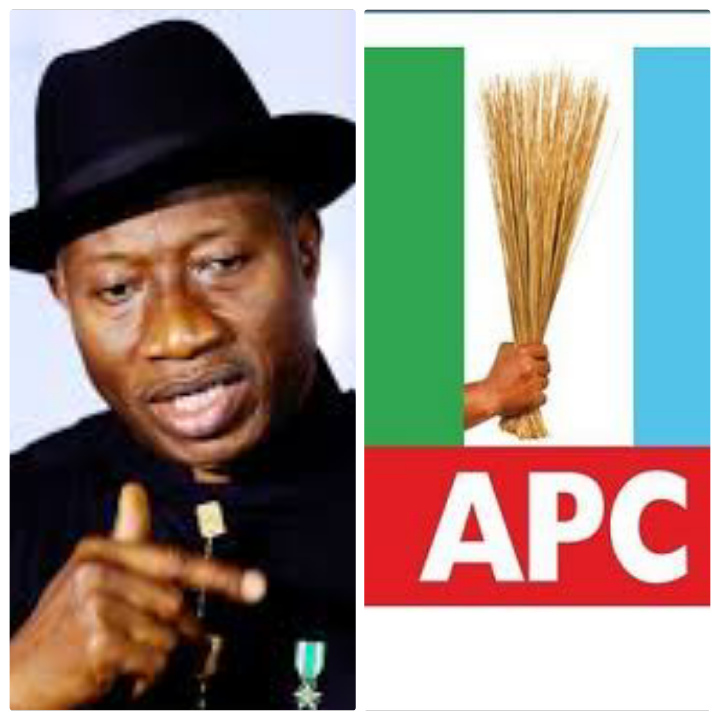 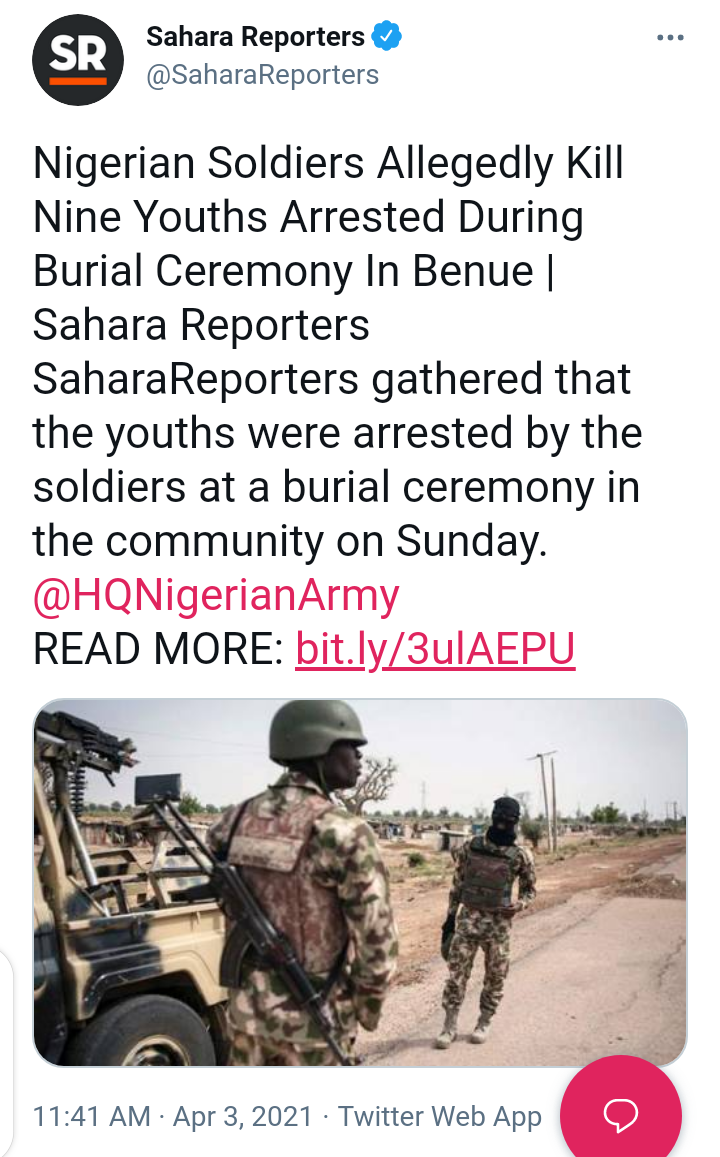 No fewer than nine youths have been allegedly killed by men of the Nigerian Army in Tse Ugir village, Katsina-Ala Local Government Area of Benue state.

SaharaReporters gathered that the youths were arrested by the soldiers at a burial ceremony in the community on Sunday.

Their dead bodies were found by the roadside on Tuesday.

A source told SaharaReporters that three of his family members were killed by the soldiers who gave no reason for their action.

What's your thought on the killing of Nine youths by the Nigerian Soldiers?