The return of the Musketeers as Duke, Imoke, Bassey resolve differences 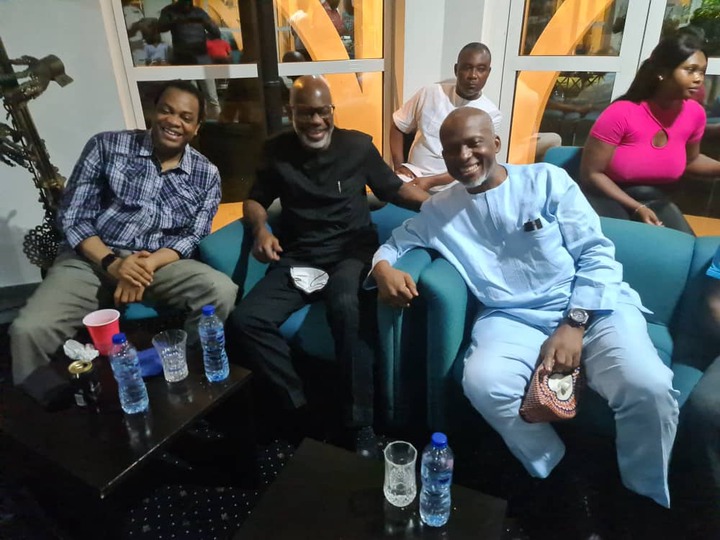 In the close door meeting on Saturday, the three musketeers (Imoke, Duke and Bassey) with other founding members and stakeholders met at Senator Imoke’s residence to put behind their differences and form a formidable front to recapture the state from the All Progressives Congress (APC) following recent decamping of governor Ben Ayade from the PDP to the APC.

In a video of the meeting made available to some Journalists, Duke amidst applause said, “It's not about winning elections, we’re trying to build the people and not just winning elections and I think that is what politics is all about. We have a lot of work to do, a lot of people are waiting to hear from us and waiting to see that our house is in order and I want to say something; this house is in order”.

He said “As long or as protracted as this has gone on, if we sat down and rob minds the issue would have vanished in 10 minutes. We needed an event like this were we would say what is your problem? We will still talk about it but that is not the issue now. Right now, there is the greatest thing at stake which is the corporate unity of all of us. I may have gone on sabbatical and temporary retirement but you’ll find no record of me retiring from PDP. We have work to do and we can’t sit down here to do this work. Just as in 1999 we traversed the length and breadth of this country. Let us go back to that root and once again traverse the length and breadth. Let our children who we want to put into the system see that their fathers are still around and are laughing because you see you can inherit anything.

On his part, Imoke expressed excitement with the reunification and reassured the people of the state that the PDP was intact and will certain recapture the state come 2023 for the interest of the people and the state.

Since 2007, the relationship between Duke and Imoke was frosty causing the former to go on sabbatical and there was a quiet divide in the party but recent decamping of Governor Ben Ayade has caused them to reunite to build a stronger party.