By Ivar'slovezone (self meida writer) | 21 days

According to a source, Russia is preparing an assault on Ukraine in order to secure water supply facilities.

Furthemore, according to The Mirror, which cited military sources,' four Russian Ropucha class ships have gathered in the Black Sea with more than 15 other warships in preparation for an assault. 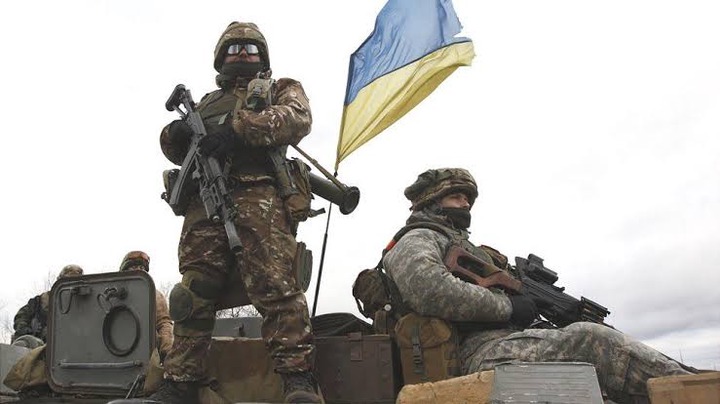 The report comes amid rising tensions between Russia and Ukraine as Russia has amassed more than 150,000 troops along the Ukrainian border and in the annexed Crimean peninsula.

A senior Ukrainian military source told The Mirror that one of the Russian scenarios could be an amphibious and air attack from occupied Crimea to capture water supply facilities in south Ukraine and provide water to Crimea. 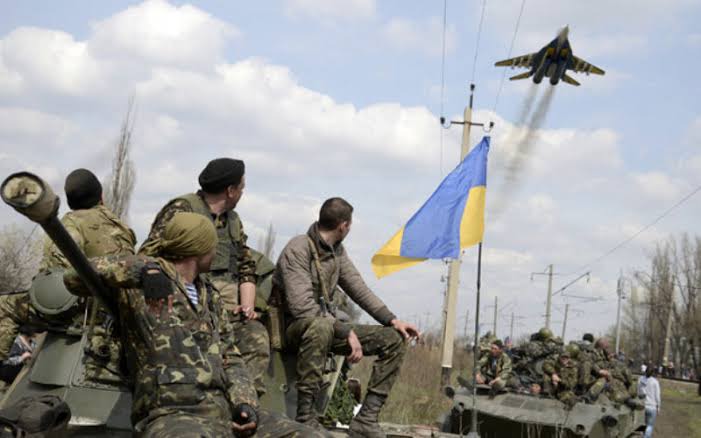 According to the newspaper, the'most likely' attack operation will be a sea and land assault on southern Ukraine from Crimea, which Russia annexed in 2014.

Any possible land attack may have been put off for several weeks due to bad weather.

Following talks with Ukraine's foreign ministry, EU foreign policy chief Josep Borrell reported on Monday that there are more than 150,000 troops along the Ukrainian border and in Crimea. 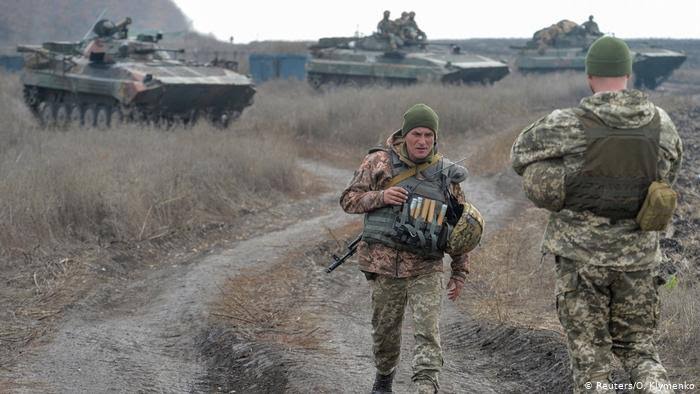 'This is the largest Russian military deployment at Ukrainian borders in history,' he said, adding that the possibility of further escalation is clear.

Amphibious attack ships like the Ropuchas, which can offload tanks and thousands of soldiers, joining other combat craft is 'very rare,' according to military analyst Bruce Jones.

'For such a large number of landing ships from so many different Russian fleets to come together is unprecedented.'

'Vessels like these were used to great effect during the 2008 invasion of Georgia, landing special forces and commandos. 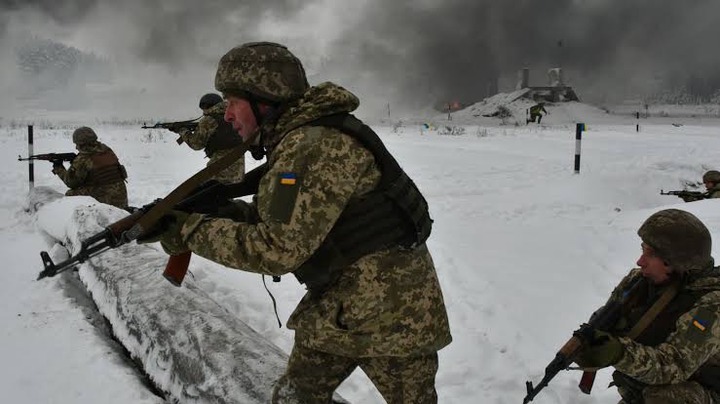 'It happened on Georgian beaches, and it happened very quickly,' says the author.

In talks with his EU counterparts on Monday, Kiev's Foreign Minister Dmytro Kuleba pressed the EU to prepare a "new package of sectoral sanctions" against Russia.

However, according to Borrell, no further sanctions have been proposed or are being considered at this time. 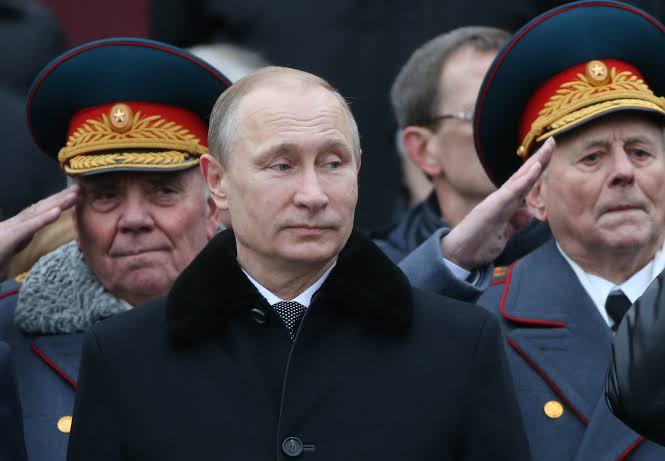 According to observers, the unannounced build-up may be intended as a test for Joe Biden, as Putin attempts to gauge his new counterpart.

Biden has urged Russian President Vladimir Putin to 'de-escalate' tensions and suggested a meeting in Finland in the coming months.

Moscow has welcomed the move as a victory after Biden took a hard line against Putin in the past, calling him a "terrorist" and refusing to meet with him because he was too busy.

The two vowed their support for Ukraine, but provided nothing in the way of concrete assistance.

According to leaked papers, the UK has offered to send two warships to the Black Sea as a threat to Putin.

Opinion: FG Should Extend Public Holidays, Here Are My Reasons

Eid-El-Fitri: See Photos Of Some Astronomers Searching For The Crescent

Checkout what the last night of Ramadan looks like in Saudi Arabia -photos.

Check Out Beautiful Pictures Of Israeli Women, Who Are Soldiers Despite Their Model Looks