Meet George Wallace, The Most Racist Politician In Modern History.

In the plight of the Black Lives Matter Campaign, as well as racial abuses on the Blacks, here is a fantastic article I have written for you all to read and enjoy.

For a man who took several moderately successful runs at the Presidency of the United States, George C. Wallace was quite an unlikeable individual. The list of horrible George Wallace facts is long and steeped with the sort of badness rarely seen even in the annals of American politics. Wallace is the longest-serving governor in Alabama history, and he made his mark through divisive and inflammatory moves and rhetoric. A look at George Wallace's worst moments should leave no doubt about who and what the outspoken bigot was about. The politician George Wallace wasn’t just a public face, either, as Wallace was every bit as terrible in his private life. The treatment of his wife, Lurleen, is evidence enough of that.

Born in Clio, Alabama on August 25, 1919, Wallace would go on to epitomize southern politics for a number of decades. His views on segregation and race relations were notoriously strong; although that wasn’t necessarily true at the beginning and end of his life. Still, there was more than enough bigotry and hatred in the middle to make up for any changes he may have made. George Wallace is a man who made his political career on racism, and the real shame is how frighteningly successful he was with it.

After He Lost A Governor's Race By Denouncing The KKK, He Became Their Most Vocal Supporter. 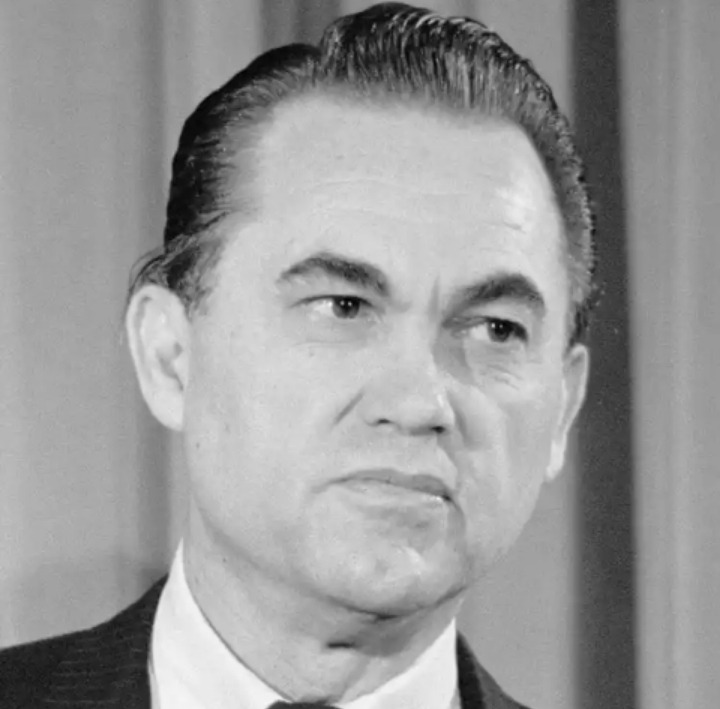 George Wallace may be one of the most notoriously racist politicians in US history, but he actually started out as a progressive with relatively mild views on race relations. In the 1958 Alabama governor's race, Wallace denounced the Klu Klux Klan, who supported his opponent, and ran as a Democrat. He even gained the support of the NAACP, but he lost the election in a landslide. Wallace reportedly told Seymore Trammell that he lost the race because he was “out-n*****ed,” and he vowed not to let that happen again.

He Used His Cancer-Stricken Wife As A Surrogate Governor, While Hiding The Diagnosis From Her. 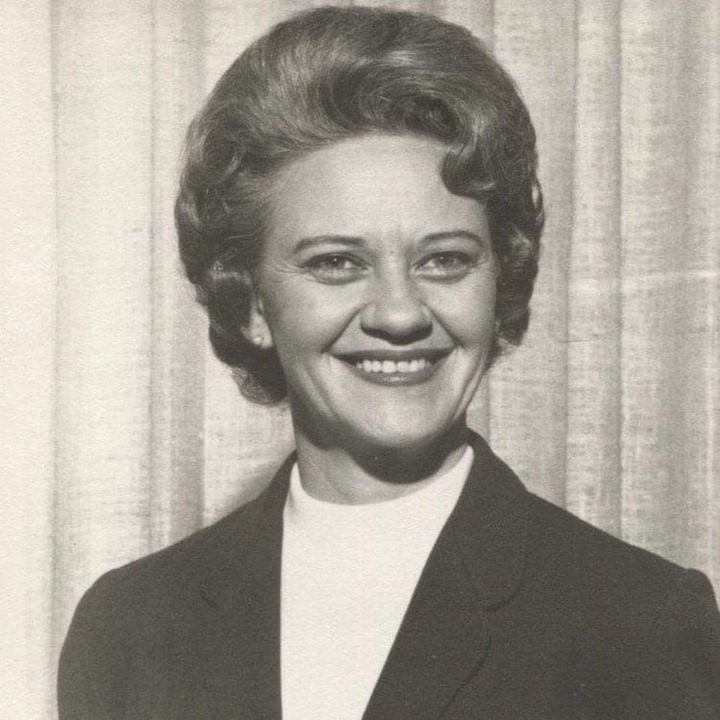 When the 1966 gubernatorial elections rolled around in Alabama, Georege Wallace wasn't ready to let go of his (extremely popular) desegregation stranglehold on the state. But, at the time, Alabama didn't allow governors to serve two consecutive terms. So, he decided to have his wife, Lurleen, run as a surrogate candidate in the 1966 election. Lurleen won the election, but she felt ill throughout its entirety. George had previously been informed by her doctor that she had cancer, but he chose to hide that fact from her so that she could complete the campaign. This prevented her from seeking necessary treatment, and she died shortly into her stint as governor.

He Won The 1962 Governor's Race By Embracing The KKK With Open Arms. 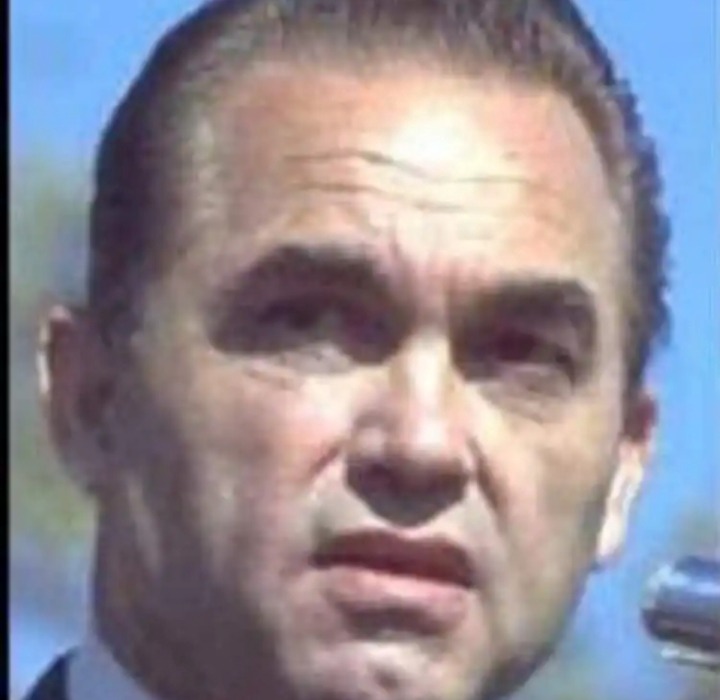 When George Wallace ran for the governorship of Alabama a second time, in 1962, he leaned hard into the KKK crowd that had spurned him before. Although still running as a Democrat, Wallace ran on a heavily segregationist ticket, and he spoke more openly about his racist views. The change in tactics worked in a big way. Wallace took his oath of office on the same spot where Jefferson Davis was sworn in as Confederate President, and a Klan member - one Asa "Forrest" Carter - helped write his notorious induction speech. One of America’s most bigoted politicians had arrived, and white supremacists the nation over were ready to celebrate.

He's The Guy Who Promised “Segregation Now, Tomorrow, And Forever” George Wallace thought he learned a valuable lesson when he lost an early election due to soft views on race. He then went so hard in the other direction that he became synonymous with segregation in the United States. Wallace made a 1962 campaign slogan out of it, saying “Segregation now, segregation tomorrow, and segregation forever!” Unsurprisingly, this proclamation was met with raucous applause by entrenched white supremacists throughout the South, and it carried him to the governorship of Alabama, which he would use to fight for segregation for years to come.

He Literally Stood In A Schoolhouse Door To Prevent Black Students From Entering. One of the most direct strikes against civil rights that George Wallace took was his “schoolhouse stand-in.” Wallace was a strong segregationist who opposed integration of any kind but especially within the education system. His promise to “stand in the schoolhouse door” to prevent black students from attending white schools proved to be surprisingly literal, as he actually showed up to block the entrance of new applicants to the University of Alabama. Wallace only yielded when the National Guard showed up, but he helped organize other stand-ins across the state. 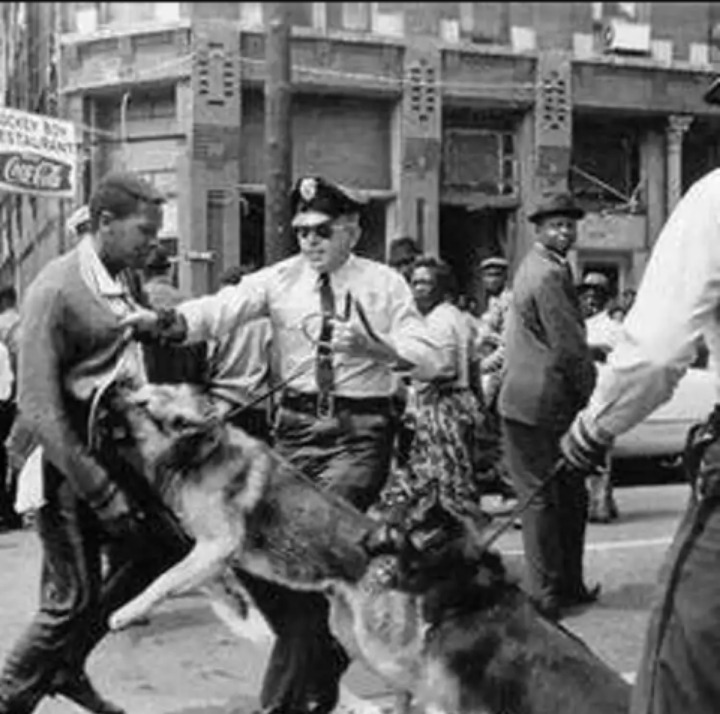 George Wallace didn’t just hold back civil rights directly, he also acted through some awful surrogates. Chief among these was Eguene "Bull" Connor, the notorious commissioner of public safety in Birmingham, Alabama during the Civil Rights Movement. Wallace supported Connor fully, despite the horrific actions he took against black activists, which included the use of police dogs and fire hoses. Many were killed and injured by Connor’s orders, and he wouldn’t have been able to do it at all without his governor’s support. For his part, Wallace was quoted as saying that "the country [needed] a few first class funerals" to undercut the push for civil rights. It was under Governor Wallace, in fact, that "Bloody Sunday" took place in Selma, AL on March 7, 1965. George Wallace was highly responsible for the death of his wife after he hid her cancer diagnosis from her. However, after ignoring her doctor’s wishes, it wasn’t that much of a leap for Wallace to subsequently ignore his wife’s final wishes, too. Lurleen had specifically asked for a closed-casket funeral, but George didn’t like the optics of this, so he reversed her decision. Lurleen was displayed at her wake in an ornate, glass-top casket, which was basically the exact opposite of what she wanted. However, that’s probably what looked best for George’s political sympathy points.

Despite Getting "Booed" In "Sweet Home Alabama," He Loved The Song. George Wallace was a legendary racist crusader in the South, so it should come as no surprise that he merits a mention in Lynyrd Skynyrd’s "Sweet Home Alabama." The lyric mentions that “[in] Birmingham they love the governor,” a shoutout that Wallace certainly appreciated. He was said to love the song, but it might not have actually been complimentary of him. The lyric is followed up by “Boo! Boo! Boo! We all did what we could do,” hinting that Skynyrd may not have been Wallace’s biggest fans and might've tried to vote him out of office.

He Was The Most Successful Third Party Presidential Nominee Since Theodore Roosevelt. Despite being a repulsively bigoted politician, George Wallace embarked on three separate bids for the Presidency, most successfully as the nominee of the American Independent Party in 1968, where he actually carried 5 states (Arkansas, Louisiana, Alabama, Mississippi, and Georgia), totaling nearly 10 million votes and 46 electoral votes.

Amazingly, he’s the most recent third party candidate in US history to win any electoral votes whatsoever... and he did so by proclaiming “Segregation Forever.” Prior to Wallace, the last time a third party candidate made such a huge dent in a presidential election was Theodore Roosevelt in 1912 - and that was because he had already been president, making Wallace’s racist campaign a begrudgingly regrettable triumph. What’s even more insane is that not even 25 years later, Bill Clinton carried three of the states that Wallace won, running as a liberal Democrat.

He Was Shot And Paralyzed On The 1972 Campaign Trail. George Wallace spewed out so much hatred, that it’s no surprise that some was directed right back at him. While on the campaign trail in 1972, Wallace was shot by Arthur Bremer, a disgruntled man who had already planned to assassinate Richard Nixon, an ally of Wallace’s. The attack left Wallace permanently paralyzed from the waist down, but he survived. Bremer was arrested and convicted to 63 years in prison. He lived through his incarceration, and was released in 2007, long after Wallace’s death.

He Seriously Considered Colonel Sanders As Running Mate In 1968. A character like George Wallace obviously had a bit of a tough time finding running mates for his Presidential campaigns. After all, who would want to tie their political career to a volatile racist? In searching for partners in the 1968 election, Wallace looked into some pretty interesting possibilities. He wanted someone with a military background, but he almost compromised on a different sort of colonel. Wallace seriously considered Colonel Harland Sanders, the KFC icon, as his running mate. In the end, he chose an actual military man and saved himself from a finger-licking bad decision.

He Rehabilitated His Image And Gained 90% Black Support. For the majority of his career, George Wallace was a virulent racist and a major proponent of segregation. Late in his life, however, he made what appeared to most to be a genuine attempt at repentance and bettering his ways. During his last campaign for governor in 1982, Wallace renounced his segregationist beliefs and sought out peace with civil rights leaders. Shockingly, people bought it, and Wallace received over 90% of the black vote in the election, which helped lead him to a sweeping victory. Wallace never went back on his recanting, and he retired from politics in 1987 appearing to be a changed man.

He Was A Teenage Boxing Champion. 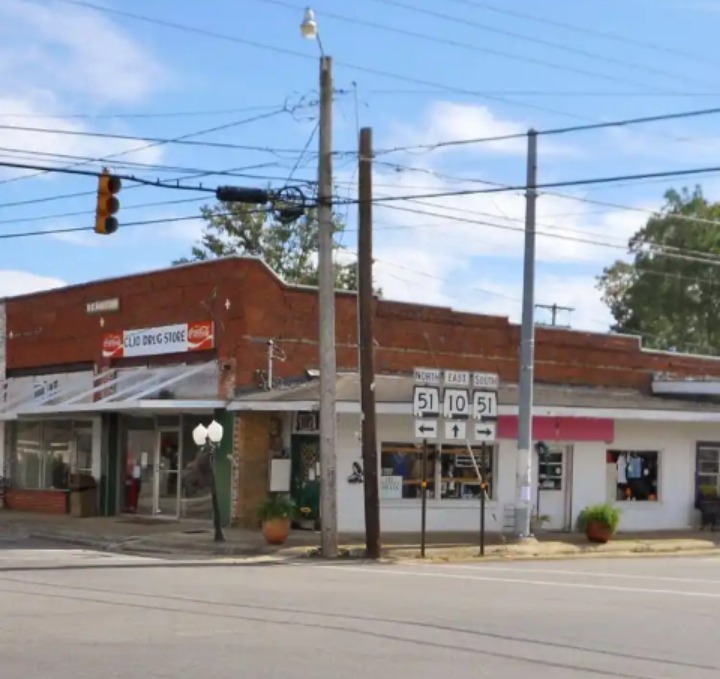 George Wallace may have used his influence later in life to beat down civil rights, but he did some beating of a different nature as a kid. Born in 1919 and growing up in Clio, Alabama, Wallace learned to fight at an early age, and he quickly found an affinity for boxing. He won two Golden Gloves state titles as a teenager, and although he didn’t continue his hobby into adulthood, this likely qualifies him as one of the toughest politicians of his era. Arthur Bremer, the attempted assassin of George Wallace, was a deeply troubled man. Despite having above average intelligence and a mildly successful academic career, Bremer eventually went off the deep end and became obsessed with a few political targets, including Wallace and Richard Nixon. To this end, Bremer kept wild diaries of his ranting and raving thoughts, which were uncovered after his arrest. These crazed notes provided some of the inspiration behind the character of Travis Bickle in Taxi Driver.