By WakeUpNow (self media writer) | 1 year ago 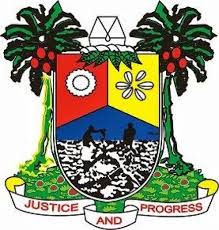 In a desperate bid to ensure health institutions in Lagos state are well manned and have modern facilities, Lagos government had put many initiatives in place.

Among these initiatives is the plan to employ more workers into such institutions including hospitals.

Now plans are in top gears to recruit competent hands into the health workforce of the state.

Governor Sanwo-Olu announced that 760 more health workers would be employed to boost the health centres in the face of current challenges of the pandemic ravaging the country.

Recall that one of the reasons giving by the workers in health institutions in Lagos state when they threatened government with strike was understaffing in hospitals which thus resulted in extra work on the existing staff of those hospitals.

Now the government wanted to address such problem and announced recruiting over 760 health workers to include 400 medical doctors into 27 general hospitals in the possession of the state government.

Lagos Health Service Commission listed the available posts to include: When employed, the state government said they would be distributed into the twenty-seven general hospitals of the state to boost existing staff strengths in those hospitals.

Now for the recruitment process to conform with current social exigencies, the government had put in place modalities that would ensure social distancing protocols are not breached. The process had been scheduled in batches.

But application opened Noon July 15, 2020 and would be available till Noon August 5, 2020, according to Lagos Health Commission.

Recall that Lagos state is the worst hit in Nigeria by the deadly pandemic that had continued unabated in the country.

So due to increased number of infected persons, health officers were overstressed in duties. This development was one of reasons the government deemed it fit to employ more health workers.

The pandemic had also forced the government to implement lockdown on the state before it was being relieved in parts. The situation caused economic downtones to the residents that even when the lockdown was lifted, people did not bother about the pandemic but about survival.

Lagosians trooped out in large numbers in violation of orders that only people with necessities to go out should be seen outside.

This development made government of the state considered whether to reintroduce another lockdown to forestall rapid spread of the disease but which government had not implemented till the present. Remember the deadline date is August 15. Also note that the State Health Commissione warned it would not accept submission of forms at its offices.

Content created and supplied by: WakeUpNow (via Opera News )

Carl Ikeme: Life after football and battle with acute leukemia.

7 Medical Screenings Women Above 50 Years Should Do

Couples Only: 5 Reasons Why Regular Love Making Is Important In Your Marriage