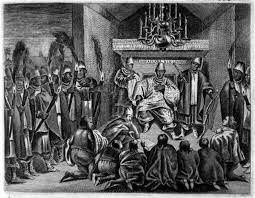 Oranmiyan Omoluabi Odede, Great Prince of Ife, King of the Yoruba, was a Yoruba king from the kingdom of Ile-Ife, Although he was the last born, he became the prime heir of Oduduwa upon his return to claim his father’s throne.

The history of the 1st Alaafin of Oyo cannot be separated from the fact that Oyo Empire is one of the oldest and politically influential empires in the entire Yoruba race till date.

In old times, it was geographically located in today Northern central and western Nigeria. Its political influence spanned over two centuries (17th to 18th), this great Empire has been ruled by Great ALAFINS, from Oranmiyan.

The 1st Alaafin of Oyo, Oranmiyan Omoluabi Odede, Great Prince of Ife, King of the Yoruba, was a Yoruba king from the kingdom of Ile-Ife, Although he was the last born, he became the prime heir of Oduduwa upon his return to claim his father’s throne. 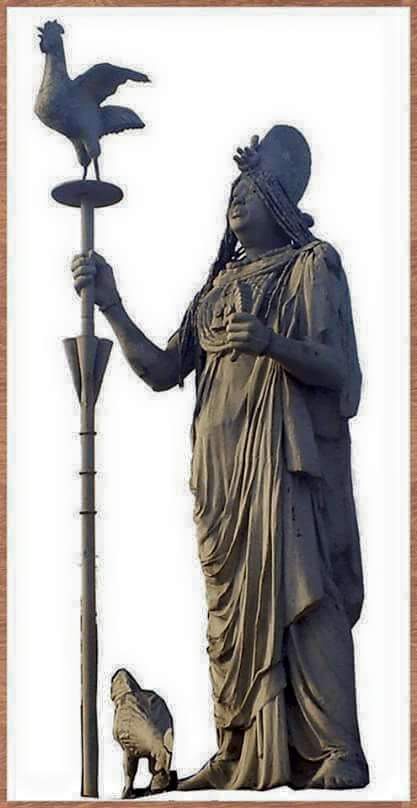 He founded Oyo as the 1st Alaafin Of Oyo at around the year 1300 after he had left Benin, where he had been crowned the first Oba of Benin.

Oranmiyan led an expedition to Benin and subdued the people. He reigned for 13 years and returned to Ife.

He, however, met opposition from the kindred of the Ogiso and was refused entrance into the city upon his arrival.

Oranmiyan camped at a place called Uselu, meaning “making of a city” and began to rule the Binis. His different style of management didn’t go down well with the chiefs, and they sent agents to spy on him.

All this made Oranmiyan declare that only a son of the soil can cope with the attitude of the Igodomigodo people and call the land “Ile – Ibinu,” meaning “Land of Vexation.” On leaving Ile-Ibinu (later Ibini and corrupted to “Benin” by the Portuguese), he stopped briefly at Ego, where he took Erinwide, the daughter of the Enogie (or duke) of Ego, as a wife.

Oranmiyan is recognized as the first Oba of Benin and founder of the Eweka dynasty, which is still ruling today.

After leaving Benin, he moved north with his ever-loyal entourage and settled close to the river Moshi.

He founded a city there, Oyo-Ile, which his descendants then expanded into the Oyo empire. He engaged in war with the bariba, his immediate neighbors to the north, and subsequently married Torosi, a Tapa princess, who became the mother to Sango Akata Yẹri-Yẹri.

Everyeveryng, gathered that Oranmiyan the fouth Ooni of Ife was the youngest of Oduduwa’s sons, the father of Yoruba nation, he grew up to become a popular man endowed with great physical powers and prowess.

Initially famous as a great hunter, he later became a universally acknowledged conqueror, in Yoruba land and far beyond.

That he was never a mean man was evidenced by the fact that he conquered and brought under his sovereignty many territories.

Oranmiyan Empire was vast, stretching into Ilorin, present Kwara State in the north, the Ogun River in the south and east of Osun and Dahomey present Benin Republic in the west.

The empire was divided into kingdoms, all of which owed allegiance to him. He was the 1st Alaafin of Oyo and one of the kings of Benin in which his lineage is still ruling the empire up to this present day.

Oranmiyan was a courageous and warlike king.

He was said to have headed his brothers (other Yoruba kings) on an abortive expedition to the east to avenge the death of their grandfather.

After quarreling at a place called Igangan, the brothers dispersed, and Oranmiyan went ahead to found the city of Oyo known as Oyo Alaafin.

There are two accounts of Oranmiyan’s demise, Some say he went further East, leaving his son, Ajaka, in charge of Oyo, and stopping at a town called Oko, from where he could not proceed and so, died and was buried there.

The second account seems more plausible. It says that Oranmiyan left for Ile-Ife, the land of his father, leaving Ajaka to rule as regent at Oyo. Having stayed in Ile Ife longer than necessary, the king makers made Ajaka king in Oyo.

On returning, Oramiyan heard the kakaaki at the border (The kakaaki is only played for the king). He immediately returned to Ile Ife, where he eventually died and was buried. An obelisk, called ‘Opa Oranmiyan’ was erected at the place where he was buried and is still there to this day.

Ofiran- built the city of shaki

Obalokun- 1580-1600(he was not buried in Royal burial ground, hence the suppressed name)

There are two accounts of Oranmiyan’s demise, Some say he went further East, leaving his son, Ajaka, in charge of Oyo, and stopping at a town called Oko, from where he could not proceed and so, died and was buried there.