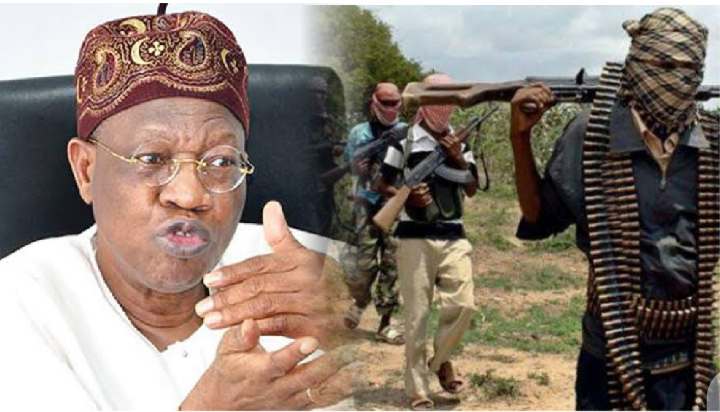 The Minister of Information, Culture and Tourism, Lai Mohammed, has pleaded with the House of Representatives Committee on Information, National Orientation, Ethics and Values not to cut the ministry’s budget proposal.

Mr Mohammed, along with some heads of agencies under the ministry, had appeared before the committee on Monday to defend the propaganda budget. 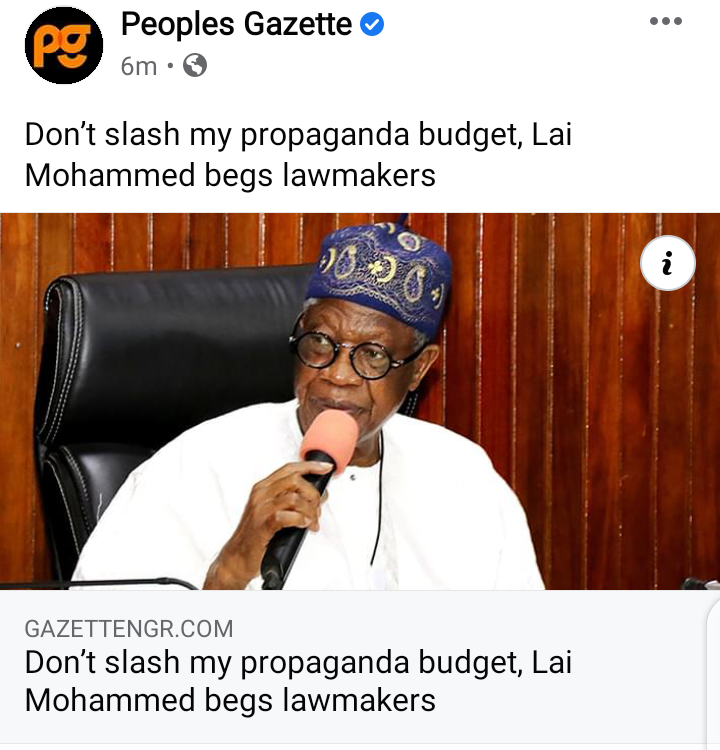 “My prayer is that please don’t reduce from what is presented. Don’t touch my budget because you will have no moral justification for accusing the executive of giving me small,” he said.

According to him, when he met his counterpart in China and asked how much their budget for information was, the Chinese said it was national security.

Eighteen persons were allegedly killed in the early hours of Monday by armed gunmen at Maza-Kuka in Mashegu local government council of Niger State.

The armed men in the early hours of Monday, it was gathered invaded the village in large numbers and attacked the villagers, who were performing their early morning prayers. 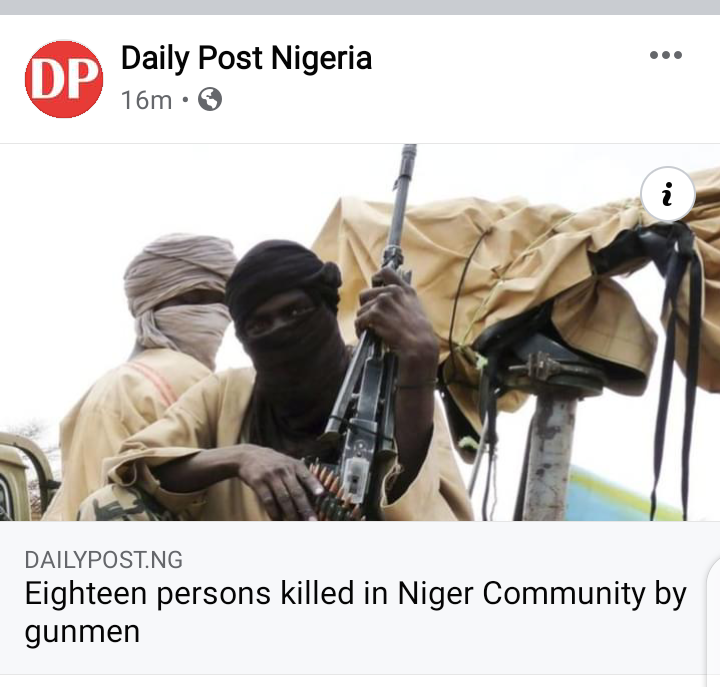 DAILY POST learnt that the gunmen who came on motorcycles went straight into the Mosque and shot sporadically resulting in the death of residents.

The President, Major General Muhammadu Buhari (retd.), has said the Central Bank Digital Currency, eNaira, and its underlying blockchain technology can increase Nigeria’s Gross Domestic Product by $29 billion over the next 10 years.

This is as he said the currency will help move many more people and businesses from the informal into the formal sector, thereby increasing the country’s tax base. 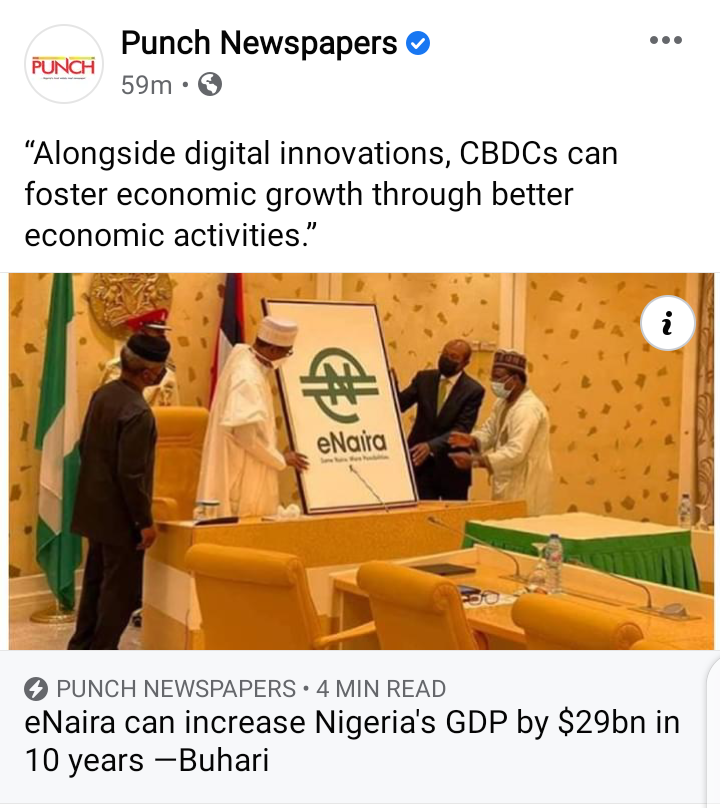 Buhari said this on Monday in Abuja during the official launch of the eNaira.