By Starsentertainment (self media writer) | 6 months ago

I wonder why Nigerians accepted me – Buhari 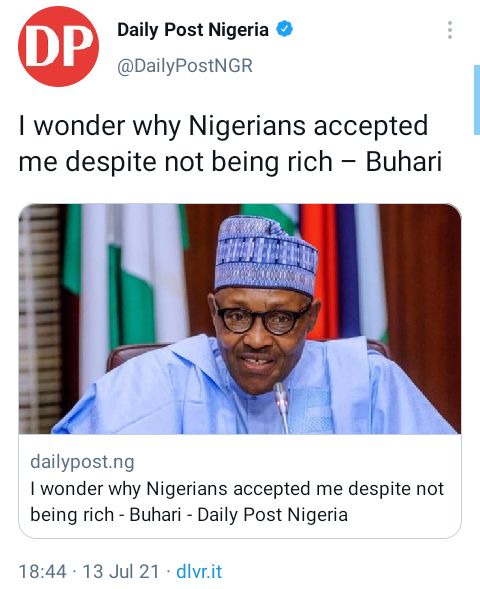 President Muhammadu Buhari has said he wonders why Nigerians accepted him despite not being rich.

Buhari said the number of people that turned out to see him, especially during the electioneering campaign, was more than anyone could buy, or force Some of them waiting for 10 hours in the sun. 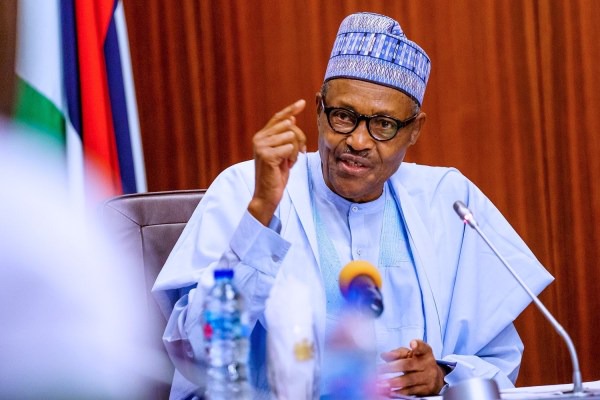 Cameroon reacts to rearrest of Nnamdi 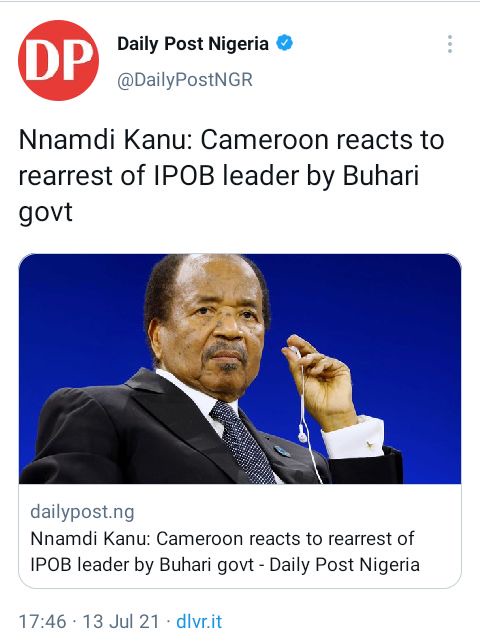 President of Cameroon, Paul Biya has commended Nigeria over the rearrest of Nnamdi Kanu, leader of the Indigenous People of Biafra, IPOB.

Biya’s remark was disclosed by his Special Envoy, Felix Mbayu during a meeting with President Muhammadu Buhari at the State House. 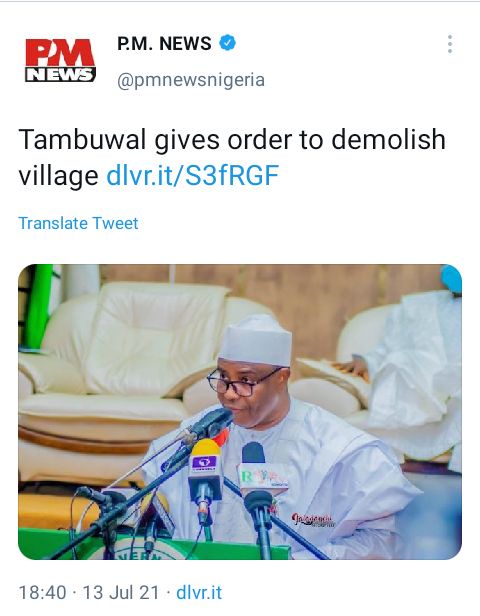 Governor Aminu Tambuwal of Sokoto State, on Tuesday, announced that the state government would demolish Raymond village, which is notorious for harbouring criminals.

Tambuwal made the announcement while visiting the settlement located near Dambuwa in Dange/Shuni Local Government Area. 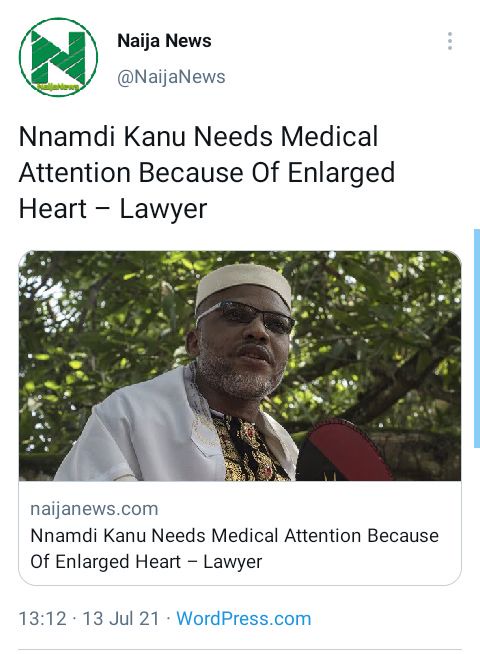 Counsel to the leader of the proscribed leader of the Indigenous People of Biafra (IPOB), Nnamdi Kanu, Ifeanyi Ejiofor, has said his client needs “quick, advanced medical attention because he is not feeling too good.” Ejiofor called on President Muhammadu Buhari-led government to allow his medical personnel to visit him in the custody of the Department of State Services. 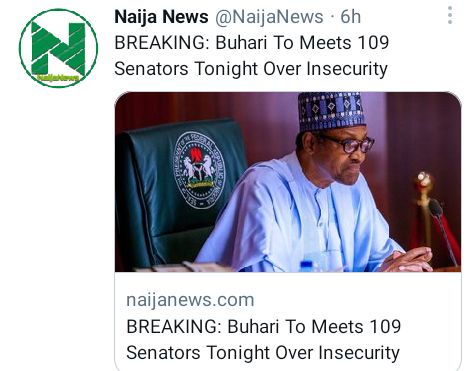 President Muhammadu Buhari is scheduled to meet 109 Senators at 8pm inside the Presidential Villa in Abuja.

Naija News reports that Senate President Ahmad Lawan disclosed this on Tuesday in a letter conveyed to the lawmakers by the State House.

Lawan noted that President Buhari will host the Senators to dinner in Villa, and thereafter deliberate on the rising insecurity in the country.

Many hospitalised as coronavirus third wave hits University of Lagos 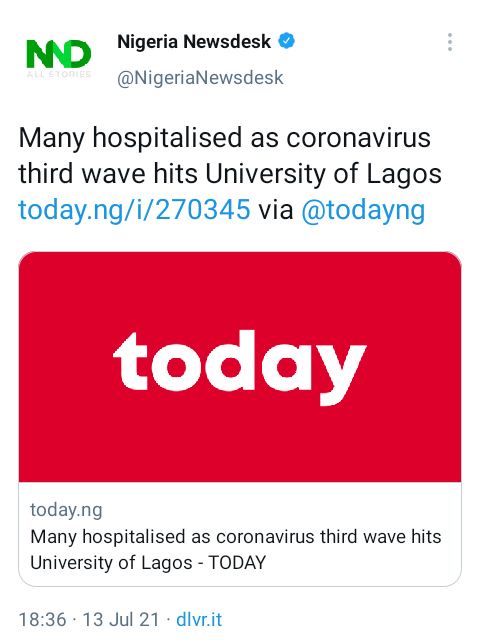 The authorities of the University of Lagos has said that the institution is being affected by a potential third wave of coronavirus.

This was contained in a ‘COVID-19 pandemic update’ issued by the university.

The university campus confirmed that the medical centre has recorded an increase in the number of patients with COVID-19 symptoms. 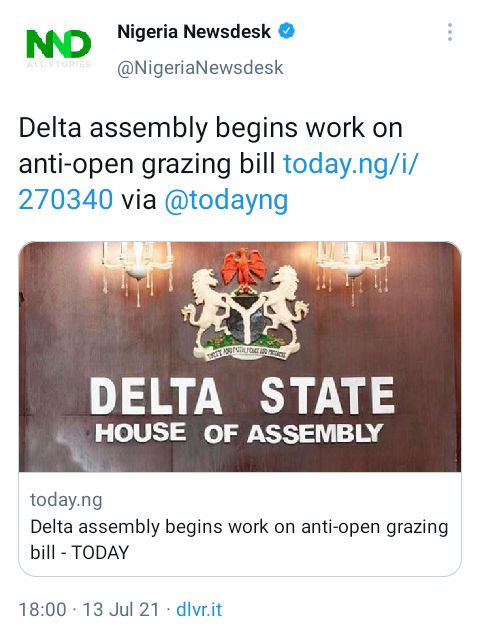 A Bill for a Law to Provide the regulation of livestock grazing, rearing and marketing, and to prohibit open grazing and related Matters, has passed first reading at the Delta state House of Assembly. 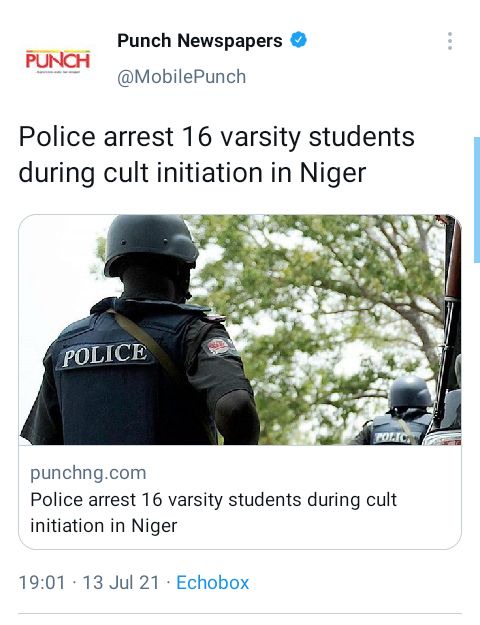 The Police Command in Niger, on Tuesday, said it had arrested 16 students of Ibrahim Babangida University, Lapai, during cult initiation.

The command’s Public Relations Officer, DSP Wasiu Abiodun, disclosed this in a statement issued in Minna.

Content created and supplied by: Starsentertainment (via Opera News )