The ethnic composition of Ondo State is largely from the Yoruba subgroups of the Akoko , The Edo speaking , Akure , Ikale, Ilaje , Ondo, and Owo peoples. Ijaw people , such as the Apoi , Furupagha and Arogbo populations, inhabit the coastal areas, and a sizeable number of the Ondo State people who speak a variant of the Yoruba language similar to the Ife dialect reside in Oke-Igbo. Religion:The vast majority of population are Christians. 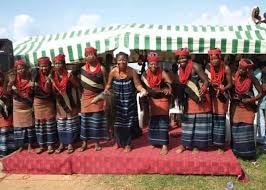 Ondo, state, western Nigeria. It was created out of former Ondo province of former Western state in 1976. It is bounded by the states of Kwara and Kogi on the north, Edo on the east, Delta on the southeast, and Osun and Ogun on the west and by the Bight of Benin of the Atlantic Ocean on the south. Ondo state includes mangrove-swamp forest near the Bight of Benin, tropical rain forest in the centre part, and wooded savanna on the gentle slopes of the Yoruba Hills in the north. 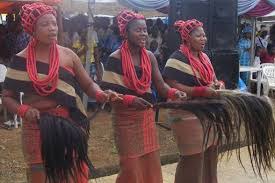 The state is predominantly occupied by the Yorubas who speak various dialects of the language such as the Akoko, Akure, Apoi, Idanre, Ijaw, Ikale, Ilaje, Ondo and the Owo. Ondo State, which is indeed a microcosm of the Nigerian nation, is blessed with resourceful, industrious and hospitable people. Her crop of educated elite has led to its being classified as one of the most educationally advanced states in Nigeria. With a population of 3,441,024 comprising 1,761,263 males and 1,679,761 females, the people of the state are mostly subsistence farmers, fishermen and traders. 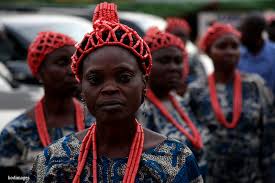 The ethnic composition of Ondo State is largely from the Yoruba subgroups of the Akoko, Akure, Ikale, Ilaje, Ondo, and Owo. Ijaw minority (such as Apoi and Arogbo) populations inhabit the coastal areas; while a sizable number of the Ondo State people who speak a variant of the Yoruba language similar to Ife dialect reside in Oke-Igbo. These people are also Yorubas. 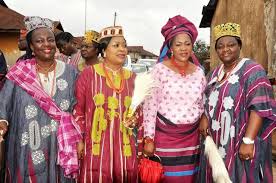