Latest breaking news in Nigeria this afternoon, 1st of August 2020

By Fullgistz (self media writer) | 1 year ago

Here are the latest news in Nigeria trending this afternoon being Saturday, 1st of August 2020. Don't miss it. SUSPENDED acting chairman of the Economic and Financial Crimes Commission (EFCC), Ibrahim Magu, has accused the presidential panel probing the activities of the anti-graft commission under his leadership of being hostile to him anytime he attempts to take up issue with those testifying against him.

He made the accusation against the panel, chaired by Justice Isa Ayo Salami, a retired president of the Court of Appeal, hrough one of his lawyers, Tosin Ojaomo, in a statement entitled ‘10 pertinent questions for Salamiled panel over Magu’, which was issued on Friday. The setting up of the panel by President Muhammadu Buhari followed a memo written by the Attorney- General of the Federation and Minister of Justice, Abubakar Malami (SAN), containing some allegations against Magu.

Apart from allegations contained in the Malami’s memo, other accusations have since surfaced against the suspended EFCC boss. “Why is the panel hostile to Mr Magu anytime he tries to take up issues with those invited to testify against him?” Ojaomo asked.

The lawyer wondered why the panel is inviting suspects facing EFCC trial to give evidence against Magu. He questioned the basis of the panel’s invitation to a senior lawyer, Chief Mike Ozekhome (SAN), who he stated is “a lawyer that is defending the looters of our common patrimony, especially those who are under EFCC’s investigations and trial.”

“What is the propriety of the panel’s invitation to a disgruntled official of the EFCC, Nuru Buhari Dalhatu, to come and testify against Mr Magu while the said Dalhatu is under investigation for misconduct and fraternising with suspects?

“What is the justification for the panel’s invitation of another senior lawyer, Godwin Obla (SAN), who is currently facing EFCC’s trial with an indicted judge of the Federal High Court? “Is it not strange that Obla made a damning revelation on what transpired before the panel and went ahead to demand his outrageous legal fees of N763 million and the striking out of the charge against him?

“How come that a fact-finding panel over allegations of corruption against Mr Magu has now turned to a platform where certain individuals who have issues against the suspended EFCC boss are being invited to testify against him? 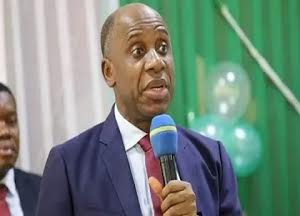 More prominent Nigerians will still benefit from the Federal Government’s naming of railway stations across the country.

Minister of Transportation Rotimi Amaechi, said this in a statement by his Media Assistant, Mrs Taiye Elebiyo-Edeni.

Before the statement, Nigerians had wondered why former President Olusegun Obasanjo and other prominent Nigerians had no rail stations named after them.

For the Itakpe-Ajaokuta/Aladja-Warri railway, the beneficiaries and the stations assigned to their names include Adamu Attah, Itakpe Station; Dr Olusola Saraki, Ajaokuta Station; and Admiral Augustus Aikhomu, Itogbo Station.

Earlier, the General Secretary of the Nigerian Union of Railway Workers, Mr Segun Esan, demanded the immediate reversal of the naming of the Apapa Railway Station to late Mohammed.

The FG had recently named the Apapa Railway Station after Tinubu.

Mohammed, until his death, was the Chairman of the Nigerian Railway Board.

He said it would be proper to name the Apapa Station after Mohammed, who died while in active service, as a mark of his sterling contributions to nation-building.

But Amaechi said a bigger railway station would be named after the late Alhaji Waziri Mohammed. The boat was heading to Badagry from the Kirikiri area of the city late Wednesday when it sank in heavy currents, the Lagos State Waterways Authority (LASWA) said in a statement.

“A total of 19 persons were involved in the incident; five were rescued with 10 persons confirmed dead and four passengers still unaccounted for,” the agency said.

It said most of the passengers were not wearing life jackets, contrary to maritime safety regulations.

“LASWA has apprehended the boat captain and has handed him over to marine police for further investigation and sanctions,” it said.

“The emergency and regulatory authorities are still on a search and rescue operation,” it added.

Boat accidents are common in Nigeria because of over-loading, disregard of safety guidelines, lack of maintenance and bad weather.

Last month, dozens of passengers were killed when their overcrowded boat capsized in the central Benue state.

A day earlier, seven people had died in Ikorodu, outside Lagos, when their boat sank following heavy rains.

Breaking: Fayemi recovered from Covid-19 after 11 days in isolation Fayemi , in the early hours of Saturday confirmed this new development on his verified Twitter handle.

The governor thanked God and his numerous well wishers across the globe for his recovery for their prayers and support.e announced that he had been infected with the virus 11 days ago and consequently proceeded on self isolation.

Shortly after then, State Commissioner for Information and Values Orientation, Muyiwa Olumilua, announced in a statement, that wife of the Governor, Mrs Bisi Fayemi, his family and members of the state cabinet had undergone the COVID-19 tests to determine their status.

State Health Commissioner, Dr Mijisola Yaya-Kolade followed suit few days later to confirm that the state Commissioner for Justice and Attorney-General, Mr Wale Fapohunda and some unnamed members if the state cabinet had also tested negative hile breaking the latest news on his Twitter handle, on Saturday, had tweeted thus: “After 11 days in isolation, I received news that my COVID 19 repeat test came back negative.

“My sincere gratitude goes to God Almighty, my family, my medical team and all well wishers for the prayers and solidarity.

“We must continue to do all we can to tackle the pandemic”. 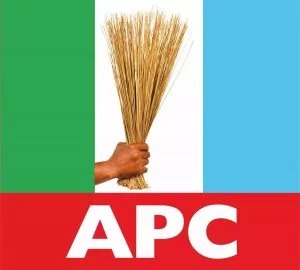 The Deputy National Chairman on Communication and Publicity for the All Progressives Congress (APC) National Campaign Council in Edo State, Patrick Obahiagbon, has said that the Oba of Benin, Oba Ewuare II, did not endorse the Peoples Democratic Party, PDP’s candidate, Godwin Obaseki when the party’s chieftains visited earlier in the week.

Obahiagbon did not also confirm or refute the question of whether the APC candidate, Osagie Ize-Iyamu has the blessing of the Oba.

According to him, the Oba of Benin is a neutral traditional king and does not endorse anybody but prays for all his subjects

Do not forget to follow me up for more gist.

Content created and supplied by: Fullgistz (via Opera News )