By HEATED (self media writer) | 2 years ago 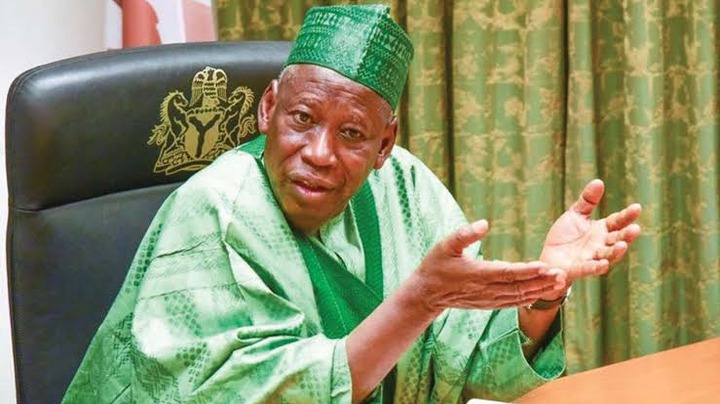 The Edo Coalition for Democracy and Freedom is happy over the recent appointment of Governor Abdullahi Ganduje.

Governor Ganduje was appointed recently by the APC to chair the party's campaign council in Edo state.

The group described Governor Ganduje as a quiet performer and bridge-builder.

Justice Tsoho in the bid to prevent possible spread of the virus has also ordered some key staff in his office to do the same pending the outcome of the results of tests done on him, members of his immediate family and close aides.

The hearing, which was supposed to have taken place on Thursday, was shifted to Friday after policemen laid siege to Nunieh’s house in Port Harcourt, Rivers State, preventing her from leaving for the airport to travel to Abuja.

He said that the entire saga was a well-orchestrated plot by his traducers to rubbish him for exposing corruption in high places.

Abuja residents are worried as hospitals in the city have started rejecting patients over Covid-19 fears.

An official of the FCT administration, however, explained why patients are being rejected by the hospitals.

Nevertheless, health minister Ehanire said doctors who reject patients will be reported and if found guilty would have their licenses withdrawn.

The Nigeria Centre for Disease Control (NCDC) is opening up on what delays the release of the COVID-19 test results.

Chikwe Ihekweazu, the director-general of the agency explained that the delay is not in the tests.

BENIN CITY – Ahead of the forthcoming governorship election in Edo State, the National Rescue Movement (NRM) has inaugurated its governorship Campaign Council, with the assurance to deliver the dividends of democracy to the people if voted for. The NRM governorship candidate, Stevie Nash Ozono campaign committee which is made up of young vibrant men /women of proving integrity has as it Director General, Olusola Afuye.

A road accident involving two trucks and a fully loaded fuel tanker on the Kara bridge has resulted in a major gridlock on traffic inward and outbound lanes of the Lagos-Ibadan expressway. It was gathered that two people were injured in the accident which happened at about 1.45am on Friday. At the moment a part of the bridge has been cordoned off while trans-loading of fuel is ongoing.