She Was A Shining Star: Nigerians Pay Tribute To Tolulope Arotile (Flying Officer)

She was a shining star, Nigerians pay tribute to Tolulope Arotile 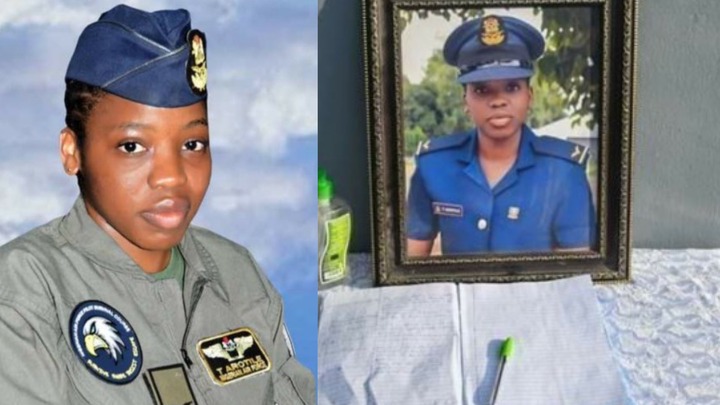 Tolulope Oluwatoyin Sarah Arotile hails from Ijumu Local Government Area of Kogi state, she was born into the family of Mr and Mrs Akintunde Arotile, she was the fourth child.

She furthered her education by gaining admission into the Nigerian Defense Academy in the September 2012 and graduated in September 2017, with a degree in mathematics. With that she was commissioned as a pilot officer. In an interview released by the Nigerian Air Force, she revealed why she joined the Air Force.

She said: “ I joined the military simply out of passion for it. Being a military personnel has been a long time ambition, the carriage and what they stand for is simply exceptional.” The Nigerian Air Force took to Twitter to write about her tremendous effort in fighting the armed bandits. They wrote:

”During her short but impactful stay in the service, Late Arotile contributed significantly to the efforts to rid the North central states of armed bandits and other criminal elements by flying several combat missions under operation GAMA AIKI in Minna, Niger state.” 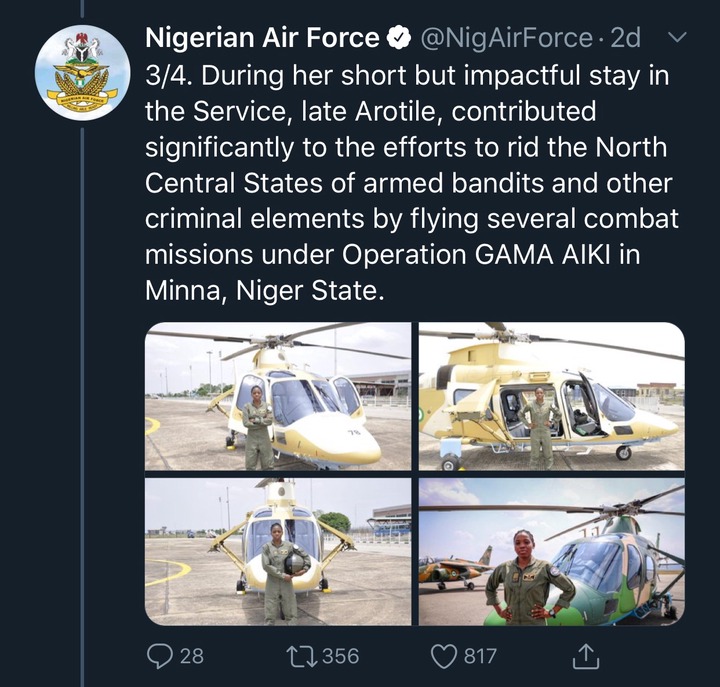 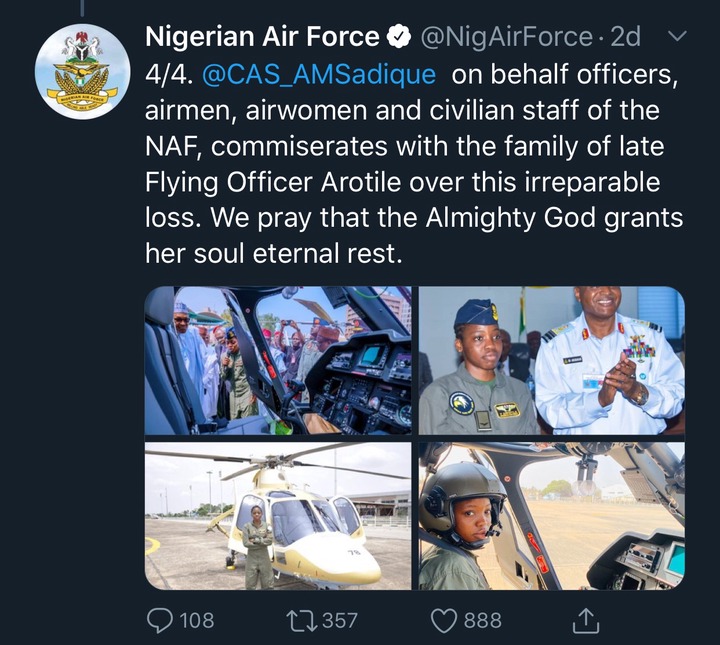 Some Nigerians also took to their various social media handles to pay tribute to the Late Tolulope Arotile who died as a result of an head injury after she had an accident.

Here are some of the tributes: 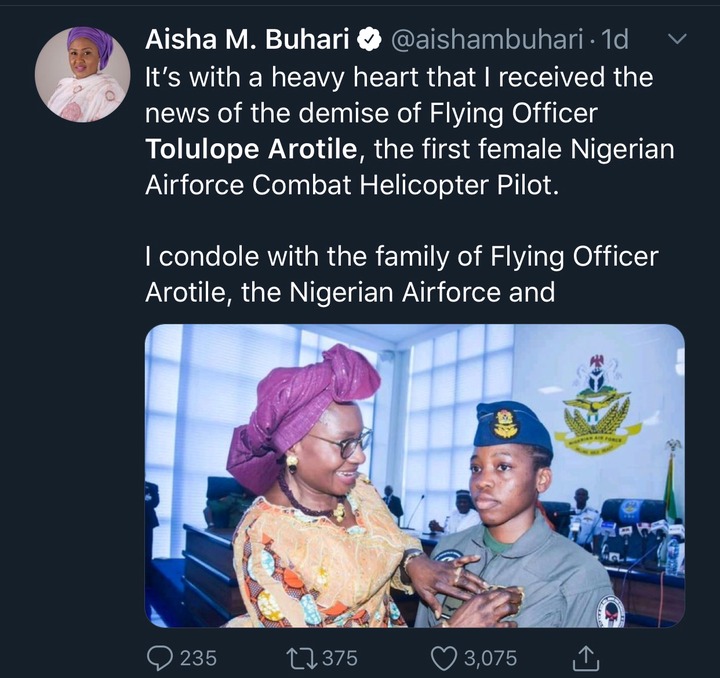 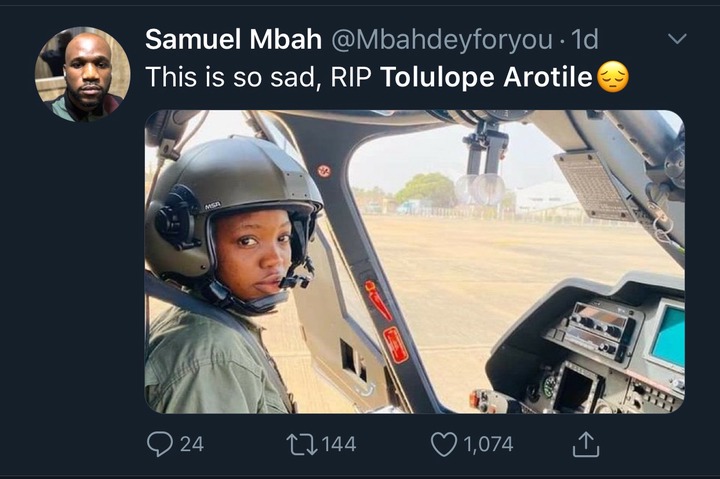 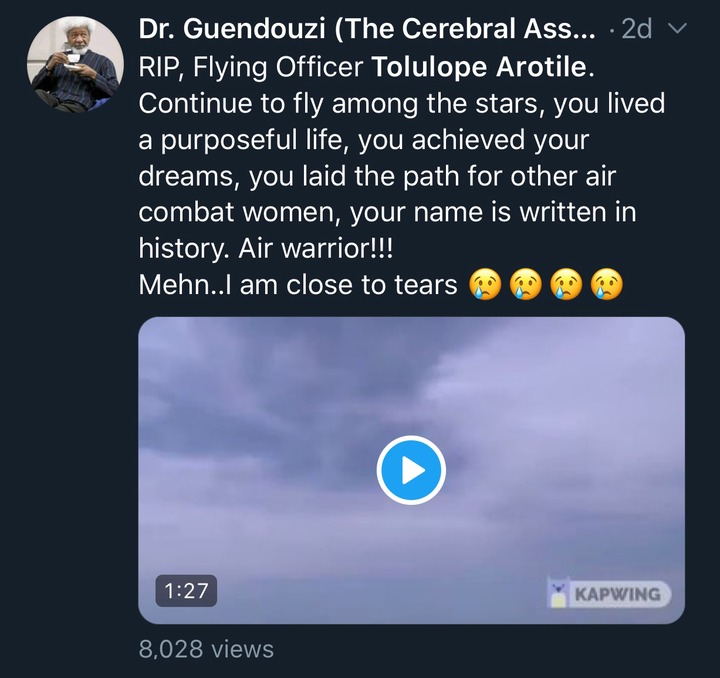 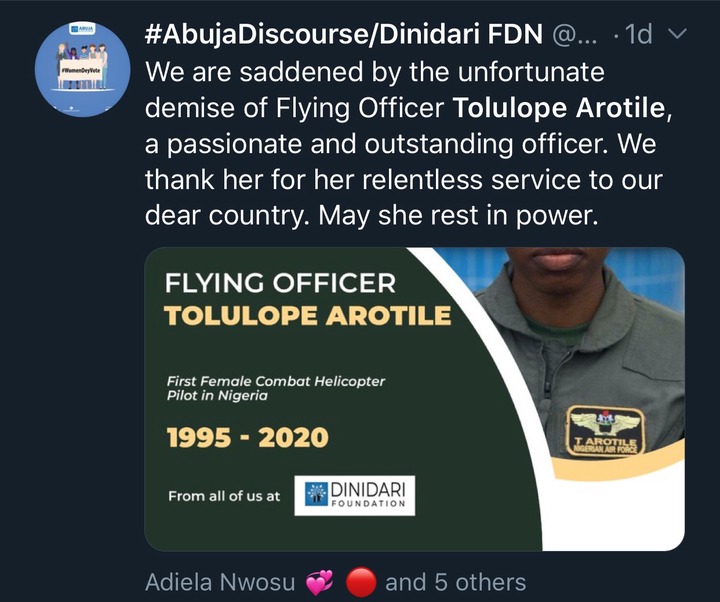 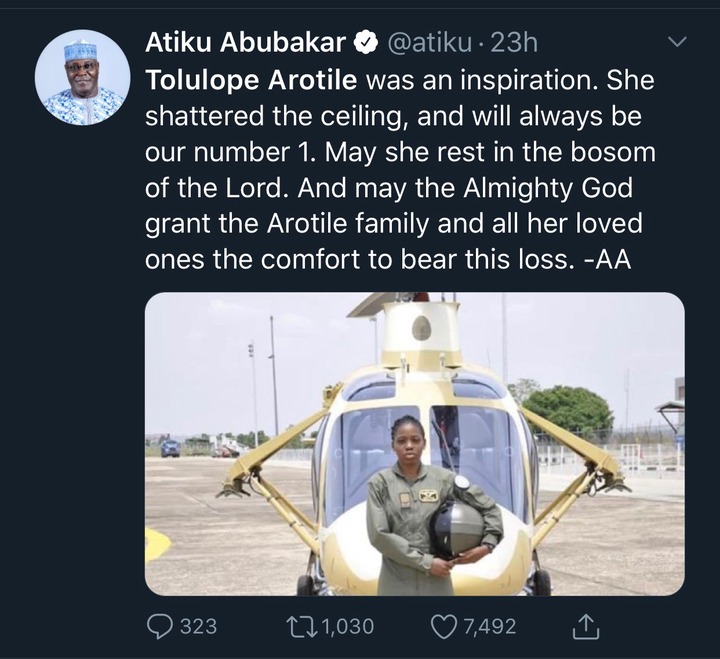 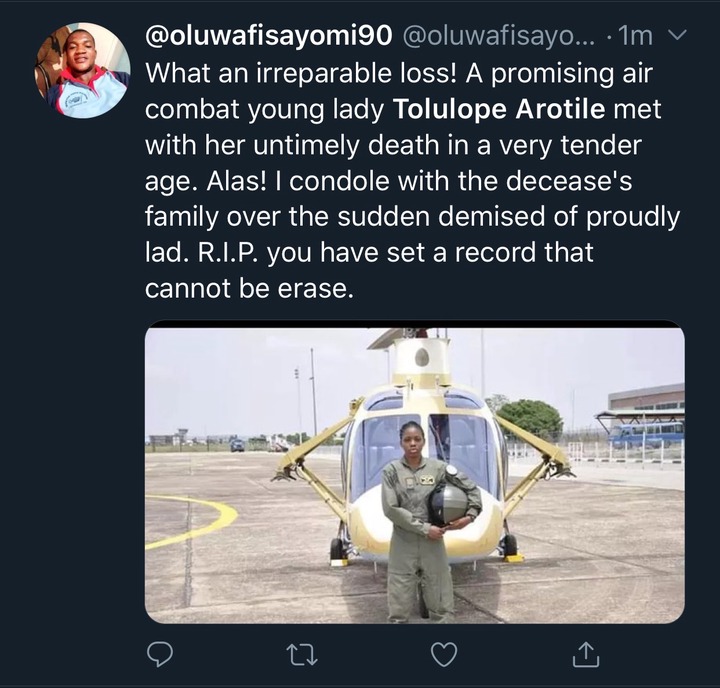 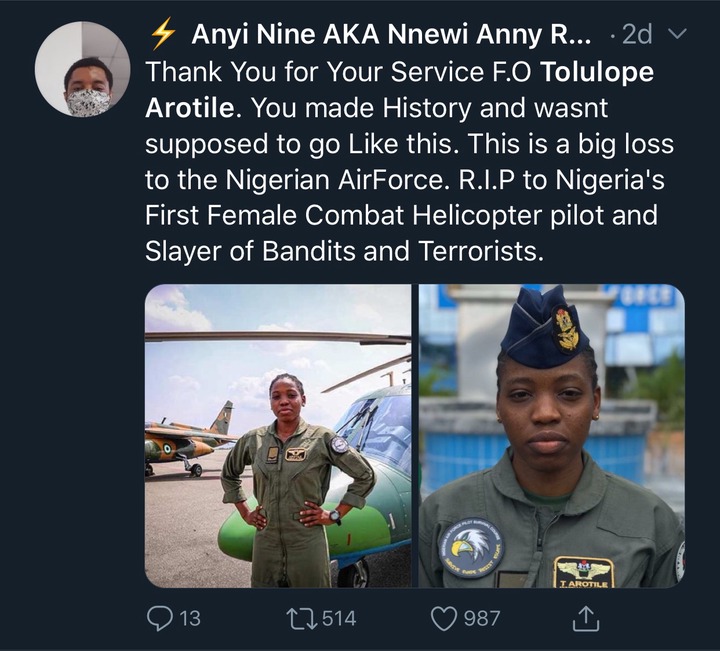 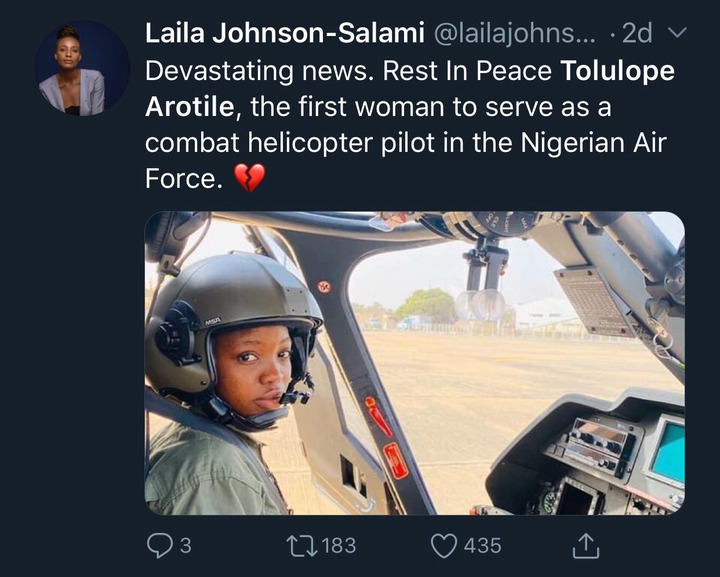 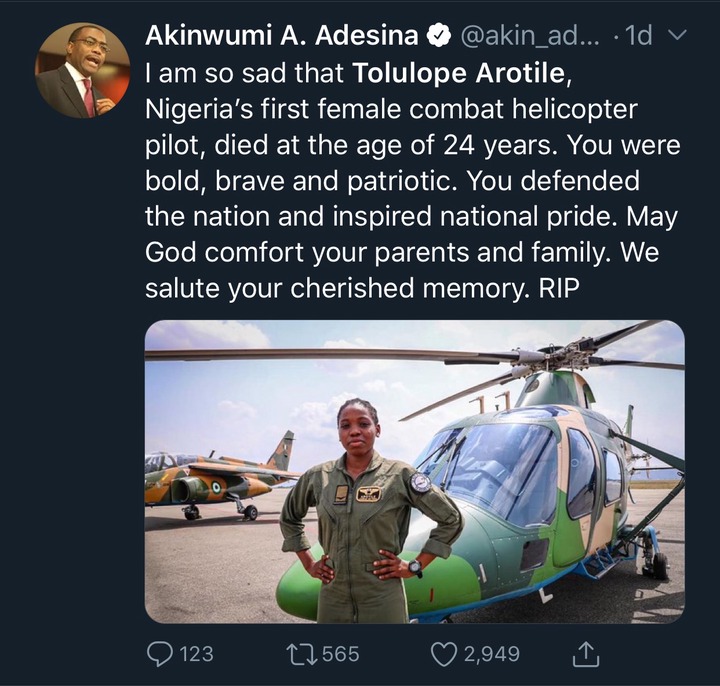 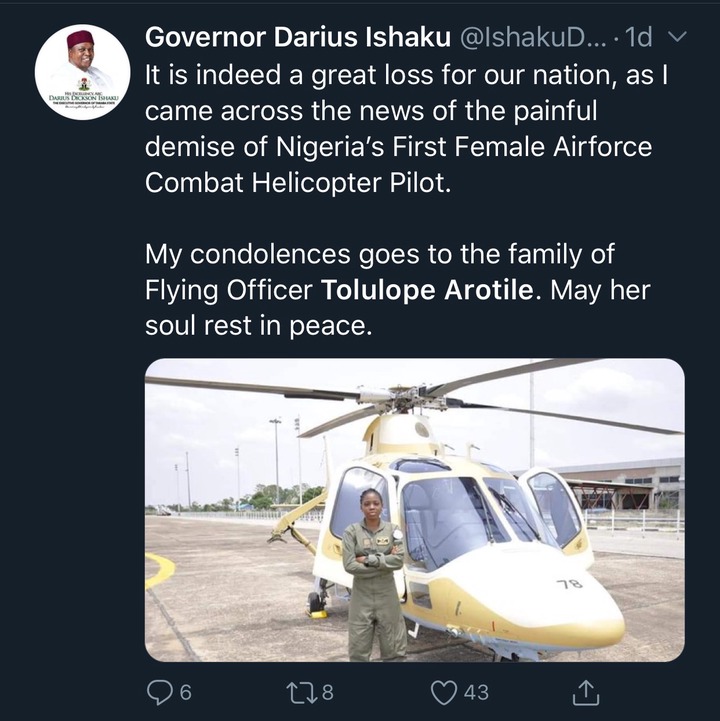 You can also write your tribute to her in the comment section.