Why Omokri Is Right For Saying That Southerners United With Northerners To Betray Jonathan In 2015.

It was recently reported that the Northern Governors met in Kaduna State. During their meeting, they reportedly agreed that power must remain in the North beyond 2023. 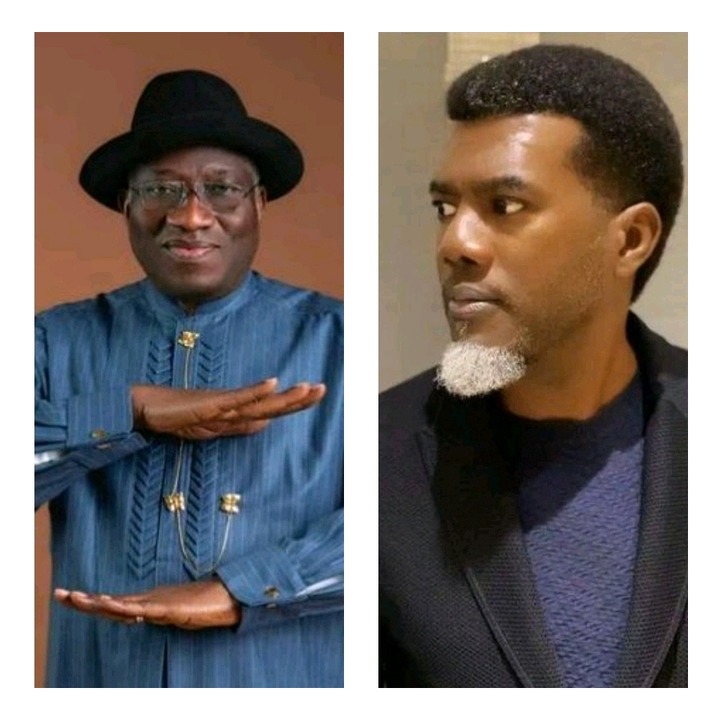 Based on this statement that was made by Reno Omokri, I really think that he is right for saying that the South united with the North and worked against a southerner in the year 2015.

It should be recalled that back then in the year 2015, the incumbent president of Nigeria, Muhammadu Buhari was able to win that election because of the support and votes he got from the south west region. I believe totally that if the south west region had voted against President Buhari back then in the year 2015, he probably would have lost the election.

If these prominent southern politicians had not worked against former president Goodluck Jonathan, he probably would have won that election back then in 2015. 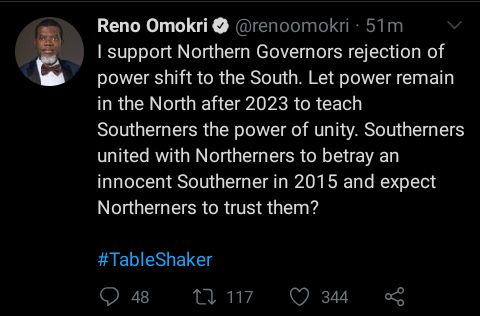 So based on that note, I really think and believe strongly that former presidential spokesperson, Reno Omokri is right for saying that southerners united with northerners to betray former President Goodluck Jonathan, back then in 2015.

I know that many will kick against what I have just said here, but the fact still remains that we are all entitled to our own individual opinions and I have just aired my own opinion here.

What is your take as it regards to this particular issue? You can drop your comments and opinions below.