Take It or Leave it, Corruption Is Being Fought.

By Publisher'sline (self media writer) | 2 years ago 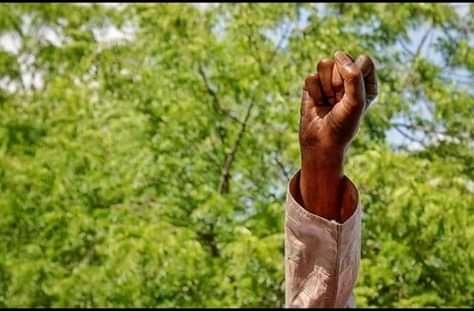 TAKE IT OR LEAVE IT.

CORRUPTION IS BEING FOUGHT

You hear too often though of claims of corruption in this government or it has not eradicated it.

Of course, and it can't.

The menace isn't a 21st century invention. It goes well back to the beginning of the world - Nigeria is part of this world, isn't it, and must naturally share in its glory and gloom.

The difference between five years ago and beyond, and today's Nigeria, however is that fewer people were talking about it then.

Among the few, majority among those who found it abhorant and raised alarm, were not celebrities, intellectuals, academics, lawyers or clerics.

They were ordinary people who just wanted to vent their anger over inequality they suffered. Sadly, we were not listened too or anything done to halt the scourge afflicting us.

Five years ago and beyond corruption was not even headline news as it's today.

It was not exposed as it should be exposed but discussed in whispers and in hush tones. - In reality it's heard today because it's being exposed and its kingpins are being put on the spot.

Whoever thought the rot in NDDC is of such magnitude and can be in the public domain as fast as the news breaks? Whoever fathoms former governors would ever go to jail?

Whoever imagined queues from filling stations or rent seekers in petroleum industry will disappear? Would you believe it if you were told those who "owned" Nigeria have gone silent, not able to determine who gets what?

Don't you think they are afraid of exposure now than they were five years ago. Or, did you think it really mattered to them how disdainful we thought of and about them?

But they are worried today; They are afraid to arrogantly show their faces in public flaunting that ill-gotten wealth.

Take it or leave it corruption is being fought alright.

We must realize however that corruption as a phenomenon can only be reduced but difficult to eradicate completely.

Therefore you can only be with us or them.

Content created and supplied by: Publisher'sline (via Opera News )