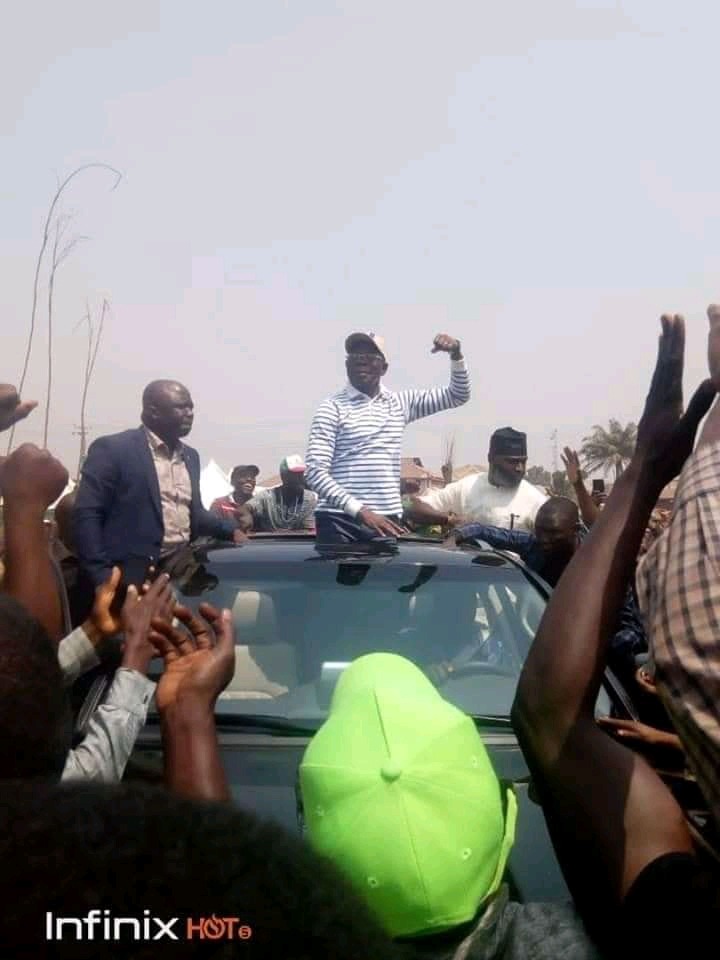 Hours after Former chairman of the All Progressive Congress (APC), made a historical return to Edo state, he has reportedly apologize to the good people of Edo state and Pastor Ize-Iyamu, the APC gubernatorial flagbearer in the September 16th 2020. governorship election.

According to reports emanating from different sources, the former Edo state Governor has publicly admitted his mistakes by supporting Governor Godwin Obaseki in 2016.

Comrade Adams Oshiomole was quoted as saying, I Made My Mistakes By Supporting A Man Who Has No Vision For My People And Judged A Pastor Who Genuinely Loves His People, I Am Sorry.

I sincerely Apologise To Edo People And Promise To Correct My Mistakes By Making Sure The Servant Of God Pastor Ize-Iyamu Is Elected As Governor And Kick The Snake Out Of The Government House, From Now Till September 19th I Am Here In Edo State Because A Political Lion That I Am, I Am Not Scared Of Anything.

The Man (Ize-Iyamu)That Is Coming Is Not A Stranger, He Campaigned For Me In 2012 And I Won All 18 Local Government In Edo State, So He Knows The Roots Unlike The Current Governor Who Just Became Governor And Doesn't Know The Efforts People Made To Make Him Governor. We Would Kick Out This MOU Governor And Replace Him With A Pastor And Sweep Out The Coronavirus Party By The Special Grace Of God" ~Comrade Adams Oshiomole Address A Massive Crowd Of Supporters At His Residence In Edo State.