By Tech-smart (self media writer) | 1 year ago 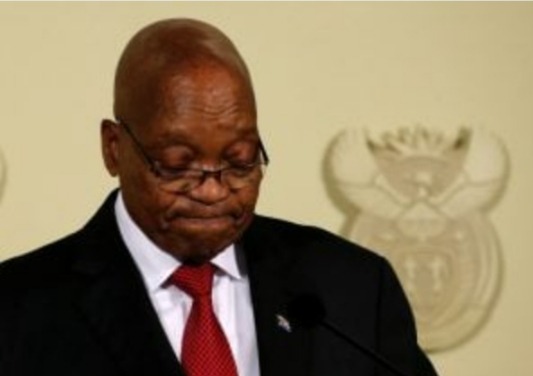 Jacob Zuma, former president of South Africa, has been sentenced to 15 months in prison for contempt of court.

Judge Sisi Khampepe, on Tuesday, said Zuma was found guilty of contempt of court following his refusal to appear before a graft panel.

“The Constitutional Court can do nothing but conclude that Mr Zuma is guilty of the crime of contempt of court,” the Judge said. 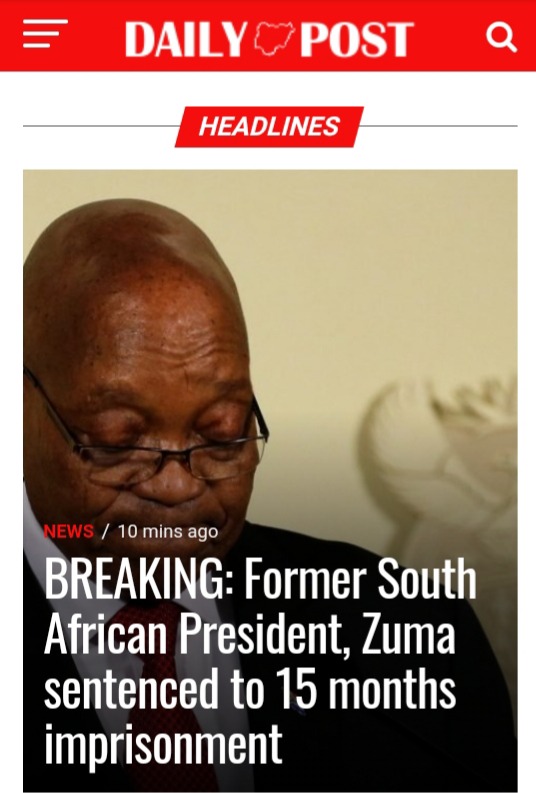 Recall that the 79-year-old Zuma was forced to step down as president in 2018 over corruption allegations.

The former president had defied an order by the constitutional court in January to appear at an inquiry into corruption while he was president. 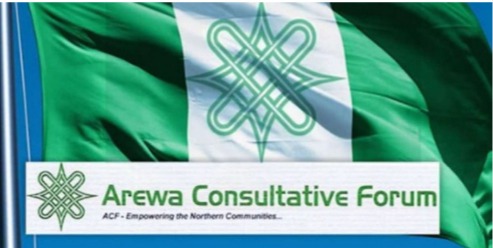 Amidst clamour for restructuring of the polity, the Arewa Consultative Forum(ACF) has charged the northern caucus in the House of Representatives to be on the lookout for a bill on restructuring, which may come before the parliament soon.

Chairman of the ACF, Audu Ogbe, gave the charge, yesterday, in Abuja, at a retreat organised for Northern lawmakers on the Petroleum Industry Bill (PIB).

Audu told the lawmakers that President Muhammadu Buhari, during a recent meeting with a delegation from the South South, promised to sign the bill on restructuring of the polity if it is passed by the National Assembly. 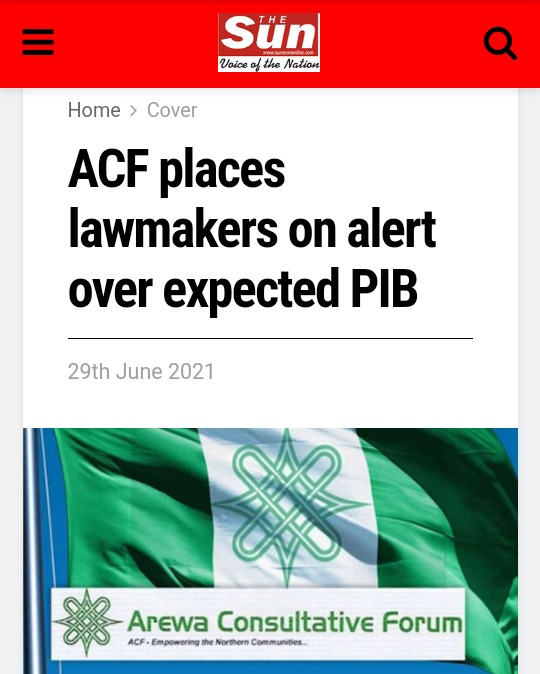 He explained that President Buhari’s statement indicated that a bill on the restructuring of the country may be before the National Assembly anytime from now. Consequently, the ACF chairman stated that it is imperative for the Northern lawmakers to be adequately prepared.

Besides, Ogbe said the northern body, after a meeting to discuss the issue would present “something” to the lawmakers to work on.

BBNaija Reunion: I would have fans talk about my music than Erica- Laycon;

The winner of the BBNaija Lockdown, Laycon has decided to speak about his issues with disqualified ex-housemate, Erica, eight months after the show.

Aside from mentioning Erica in some interviews and his reality TV show, Laycon had not opened up on the verbal assault and incident that led to her disqualification. 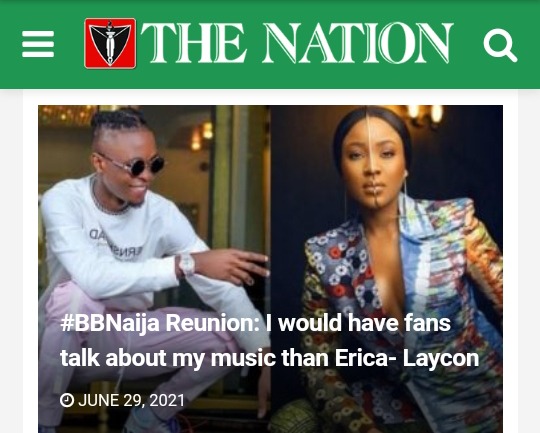 However, on the 12th episode of the BBNaija Reunion show, Laycon expressed how he feels about his current relationship with Erica and the situation that led to her expulsion from the house.

Laycon told Ebuka that he would rather have people and fans talk about his music than Erica and what happened in the house.

“I would rather have people and fans talk about my music than what happened in the BBNaija house. I have no emotions about it,” he stated.

The United Arab Emirates government has suspended Direct Employment Visa for Nigerians, as a result of the increasing rate of crimes involving Nigerians in the Middle-East country. 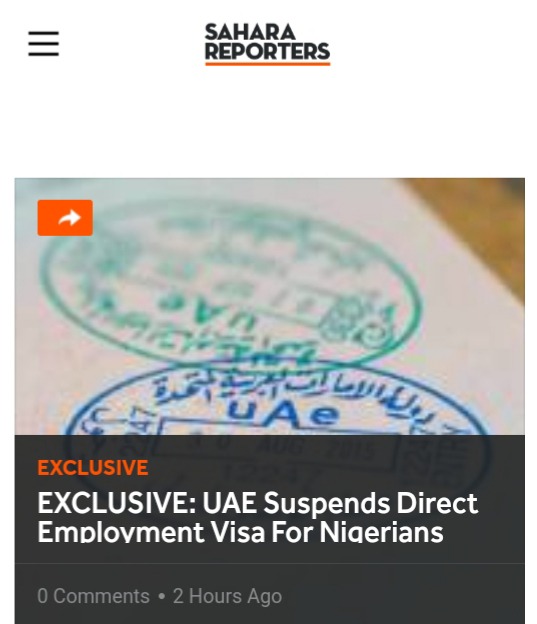 According to Sahara Reporters as learnt from credible sources that the UAE police are searching for more Nigerian nationals and conducting raids and arrests to get them jailed.

Sources noted that this is the norm in Abu Dhabi particularly.

“We all are shouting that our country is bad, and that our government is not rising to our needs, which is true, but our reputation abroad is also fast declining due to our character.