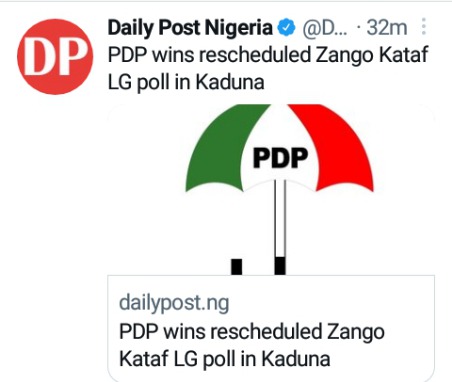 The Returning Officer, Prof. Nuhu Garba, who declared the result on Sunday, said Zimbo scored 28,771 votes to defeat Mr. John Hassan of the All Progressives Congress who polled 19,509 votes. 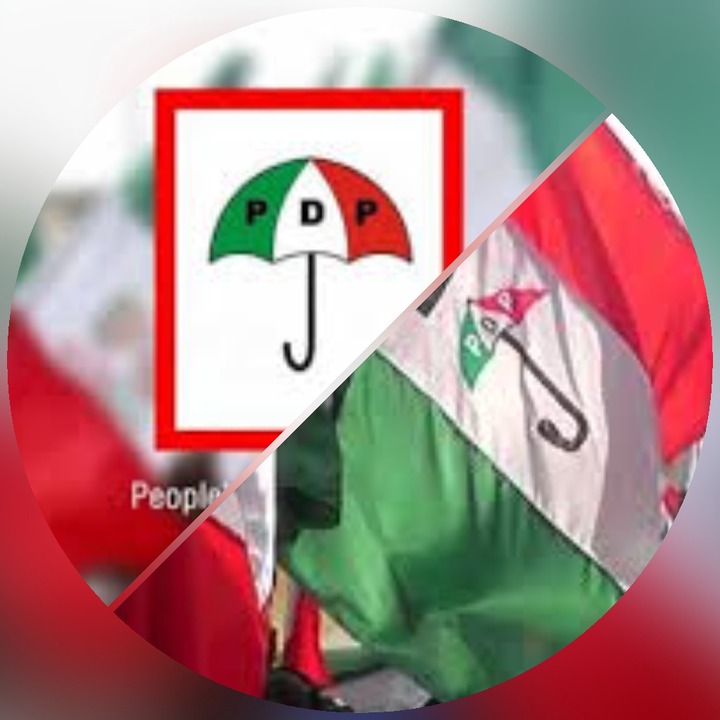 2023: How PDP will reclaim power, ex-lawmaker 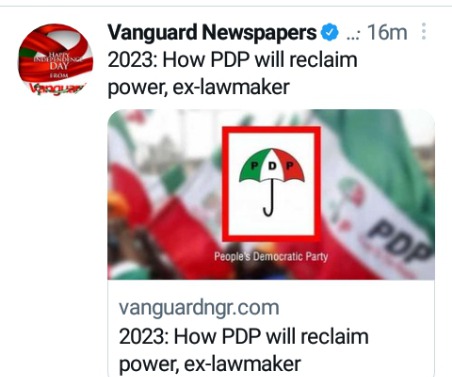 A former member, House of Representatives, Hon. Debo Ologunagba, has expressed optimism that the main opposition party, the Peoples Democratic Party, PDP will reclaim power at the centre in 2023.

Hon. Ologunagba who is a member of the Electoral Subcommittee of the National Convention Organising Committee for the October 30, 2021 of National Convention of the Peoples Democratic Party, PDP, said the party is repositioning to win the presidential election in the next dispensation. 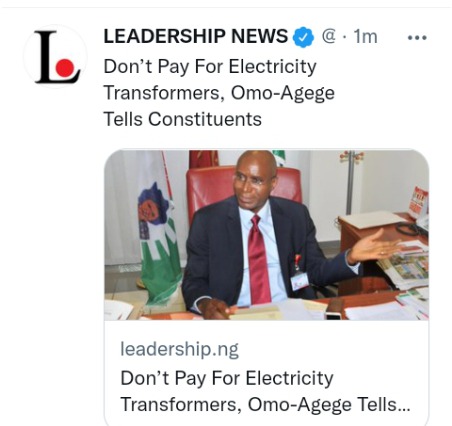 The Deputy President of the Senate, Senator Ovie Omo-Agege, has urged his Delta Central constituents not to pay for electricity transformers installed in their communities by the Federal Government through his intervention.

According to the Delta Central lawmaker, the warning became necessary as some fraudsters were already swindling unsuspecting constituents to pay for transformers in their areas, dropping his name.

A press statement signed by Omo-Agege’s media adviser, Yomi Odunuga, on Sunday, cautioned those engaged in the fraudulent act to desist forthwith or face the wrath of the law. 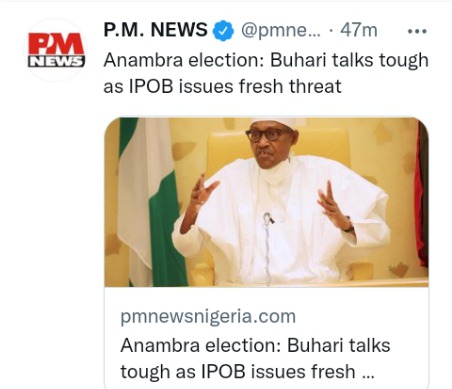 President Muhammadu Buhari vows to sustain the nation’s democratic order and do the needful in terms of ensuring that the governorship election holds in Anambra on Nov. 6.

However, the President’s statement fell on the deaf ears of the Indigenous People of Biafra (IPOB).

The group threatened to lock down the entire Southeast for six days if its leader, Nnamdi Kanu, is not released unconditionally before Nov. 4. 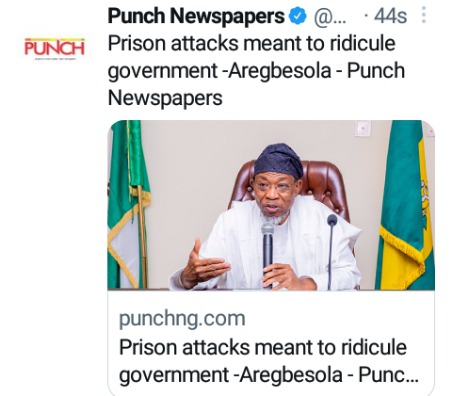 Minister of Interior, Ogbeni Rauf Aregbesola has vowed that all inmates who escaped from the Abolongo Custodial Centre of the Nigeria Correctional Service, Oyo State, on Friday night will be recaptured.

The Minister gave the assurance during an inspection visit to the facility on Sunday morning.

In a copy of the speech delivered during the visitation, the minister claimed that attacks on prisons in the country were premeditated and meant to ridicule the government.

He lamented that jailbreaks and attacks on prisons worsened after the #EndSARS protest in the country.