By Joshuablog (self media writer) | 7 months ago

Over 20,000 APC Members Abandon The Party

It was reported that over 20,000 card carrying members of the All Progressives Congress (APC) in Kwara State abandoned the party to join a third force political group in the state. 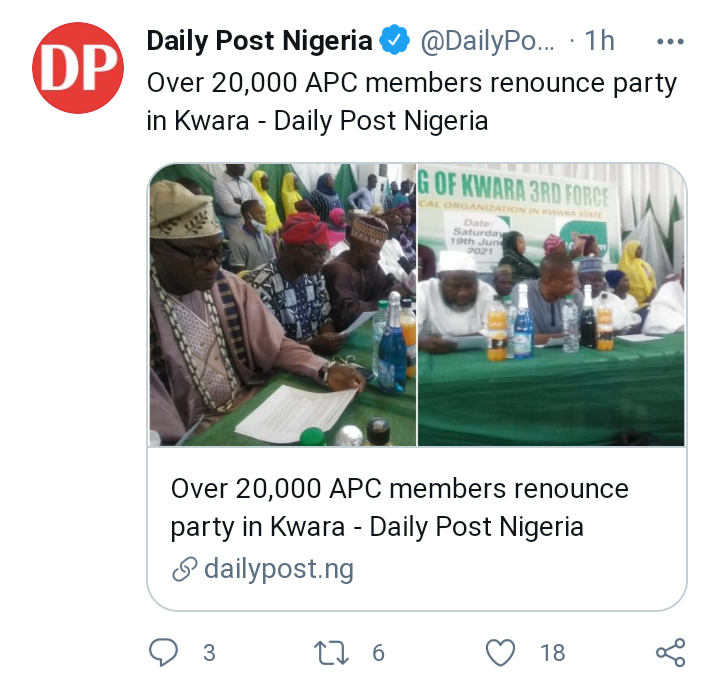 Spokesman of the defectors, Abdulfatai Abdulrahman addressed newsmen in Ilorin and he said the lingering internal crisis in the party has reached its climax, adding that the deliberate inaction to address the crisis led to the defection. In his words;

"It is disheartening, shameful and preposterous that Kwara APC cannot manage its success even at half time of its tenure. We the over 20,000 card-carrying members of APC including senatorial chairmen, local government party chairmen, women and youth leaders, ward chairmen as well as APC stalwarts across all the 16 local government areas in the state hereby denounce APC." 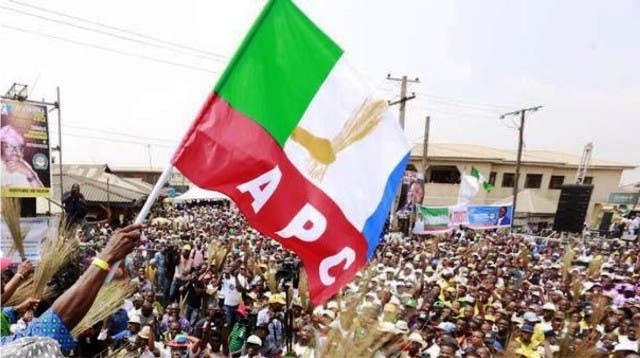 An angry mob set ablaze a truck belonging to the Dangote Group after it fatally hit two people on Friday evening along Dangote-Ibeshe road in Yewa North Local Government area of Ogun. 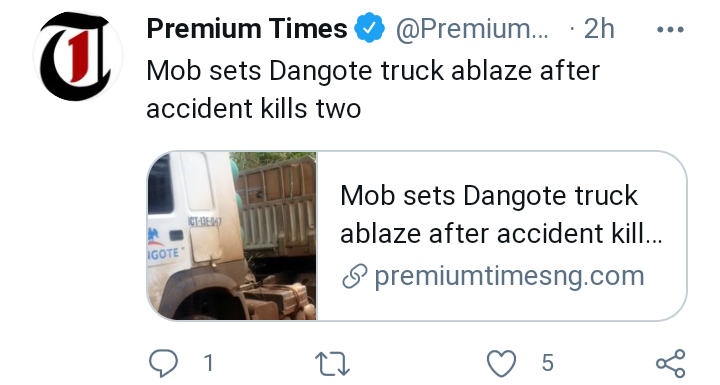 He noted that it took the intervention of the police and officers of the Nigeria Security and Civil Defence Corps (NSCDC) to calm frayed nerves and the situation.

ASUU To Embark On Fresh Strike

The Academic Staff Union of Universities (ASUU) has threatened to embark on another strike over the deliberate refusal of the Accountant-General of the Federation, Mr Ahmed Idris, to pay the salaries and remittance of check-off dues of over 1,000 staff for 13 months. 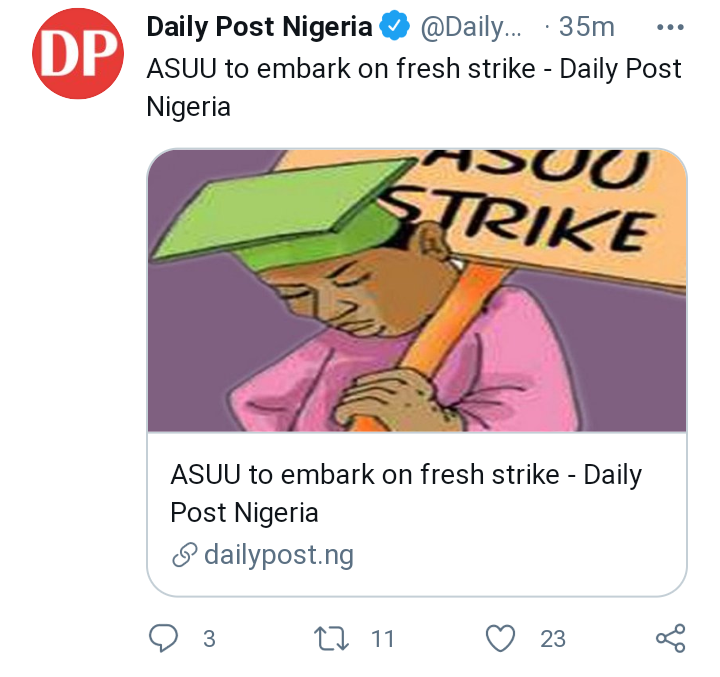 ASUU Chairman, Dr Lazarus Maigoro released a statement few hours ago in which he accused the AGF of refusing to pay salaries of lecturers despite the directive given by President Buhari. He claimed that the AGF has violated the terms of the agreement signed between the union and the Federal Government.

Popular activist, Aisha Yesufu has hinted of a new political party ahead of the 2023 presidential election. 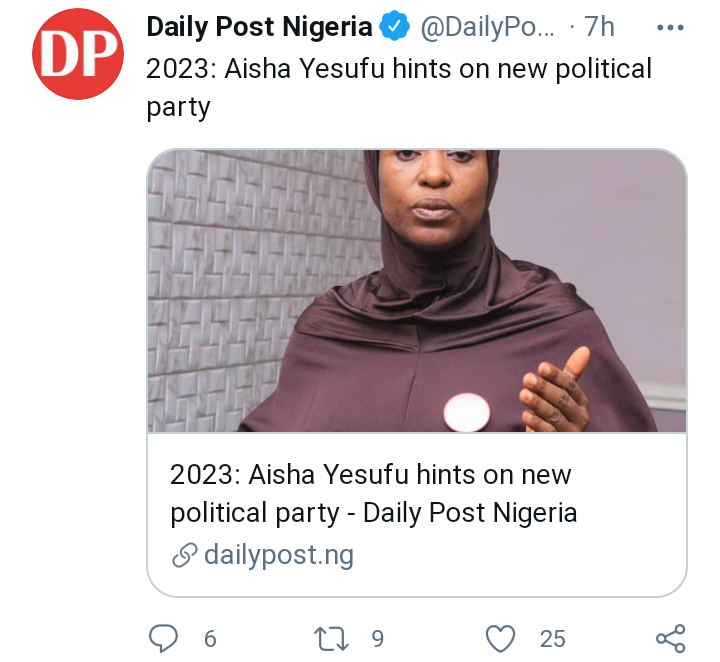 According to Aisha, the leading political parties, the All Progressives Congress, APC, and the main opposition Peoples Democratic Party, PDP, would not field competent candidates to lead the country.

She noted that it would be in the interest of Nigerians to have a party that will encourage competence.