By Mrliman (self media writer) | 15 days ago

Asiwaju Ahmed Bola Tinubu is back in Nigeria, specifically in Lagos. He was accompanied by political stewards in Lagos as he arrived from London, United Kingdom. Tinubu has been on a trip abroad for more than a month, where he underwent surgery on his right knee as well as rigorous post-surgery physiotherapy on the said knee. 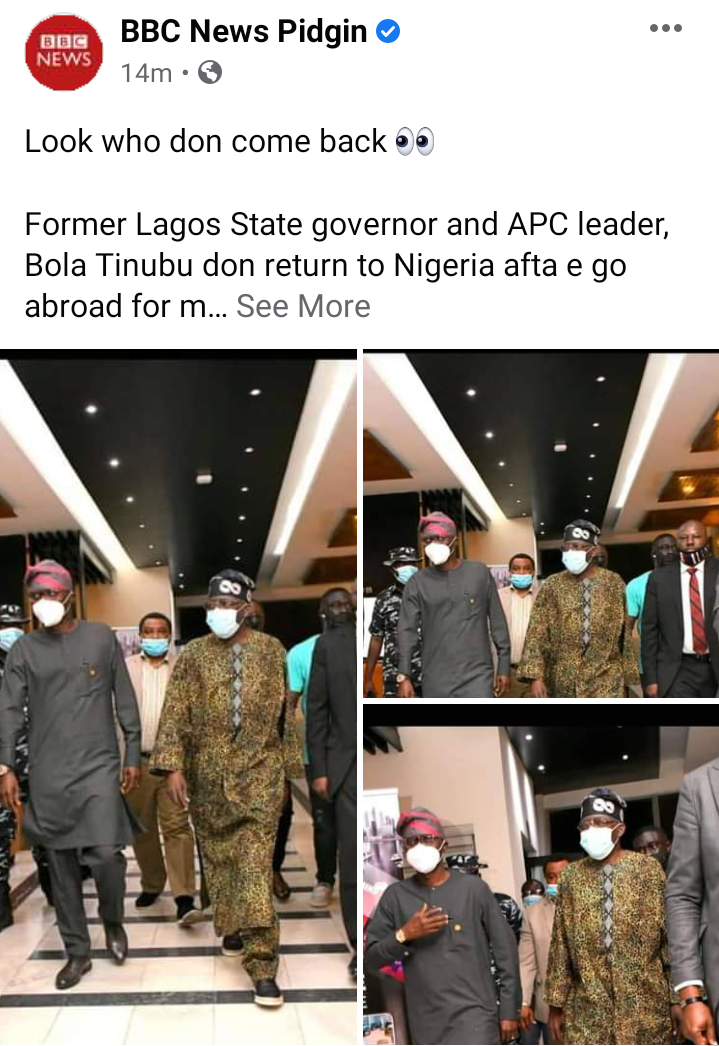 With the way he walked with the Governor of Lagos, Babajide Sanwo-Olu, it is worth noting that he is prepared for the 2023 campaigns. Contrary to unfounded rumor, he underwent no other surgical procedures and contemplates none in the future. His recuperation has been without complication and ahead of the schedule by the attending surgeon. Photo: Tinubu being flanked by Sanwo-Olu

According to his media aides, Tinubu has returned fully healed from the knee surgery and fully committed to doing his modest part of advancing the cause of progressive democratic good governance throughout our beloved nation. Being a leader of the ruling party in Nigeria, Tinubu was visited in London by President Muhammadu Buhari, House of Representatives Speaker Femi Gbajabiamila, governors, party leaders, members of Northern Caucus of the House of Representatives, members of the Lagos State House of Assembly and indeed many others.

What happens next after the return of the Jagaban of Borgu? Recall that earlier on Friday, the governor of Lagos State floated a Pro-Tinubu campaign in Lagos, where his supporters gathered from far and near to exhibit their supports for him as their Presidential candidate for 2023. This campaign is coming months after the Southern Governors agreed that the 2023 presidential ticket should come to Southern Nigeria.

Also, recall that the Governor of Ondo State had said that Southerners were waiting for Tinubu to return before they decide on whom to support. We can not say it is a mere coincidence that the day Tinubu will return to Nigeria was the day his campaign for the presidency was floated in Lagos. This is politics and Tinubu is playing the game. Although the game won't be easy for him, except he gets the support from Northerners.