Weekend Review: Top Events That Happen In Nigeria This Week

As we come to the eve of this weekend, I have compiled top series of events that unfolded in this very week. Time really flies. Some of this events may even sound like a breaking news to you but believe me, all the events here happened days ago. Some of these happenings ranges from sad, happy and ceremonious memories of this week. Nigeria is indeed a very interesting country with full of surprises.

1. Embattled EFCC Boss And His Ordeal With Presidential Investigation Panel 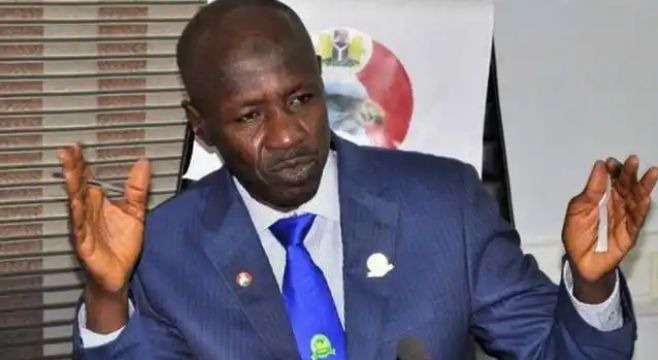 One of the core events that dominated the Nigerian media space though it first happen last week but spilled into this very week. The Acting Chairman of Economic and Financial Crimes Commission, EFCC, Ibrahim Magu has been arrested by the Department of State Service (DSS) over allegations that he owns four properties and was allegedly transferring funds abroad through a third party among many other allegations. He attended several panel sittings and spent nights in detention. He was subsequently released within the week.

Magu has been on acting capacity because the Senate refused to confirm him as the substantive chairman following some damming reports about him by the DSS. President Muhamaadu Buhari, has however, retained him until this very development that led to his suspension and subsequent detention.

2. The Tragic Death Of Tolulope Arotile 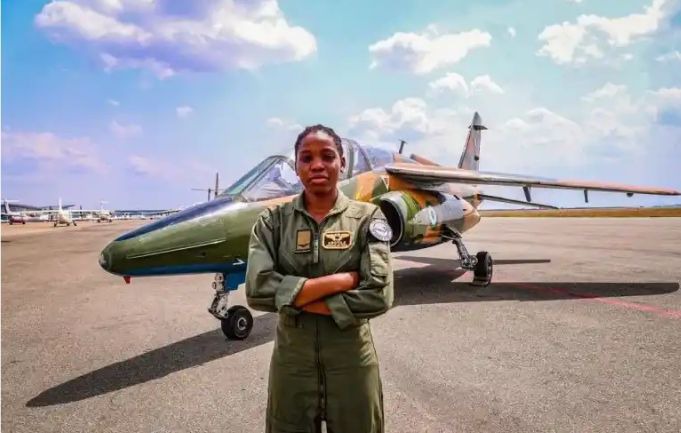 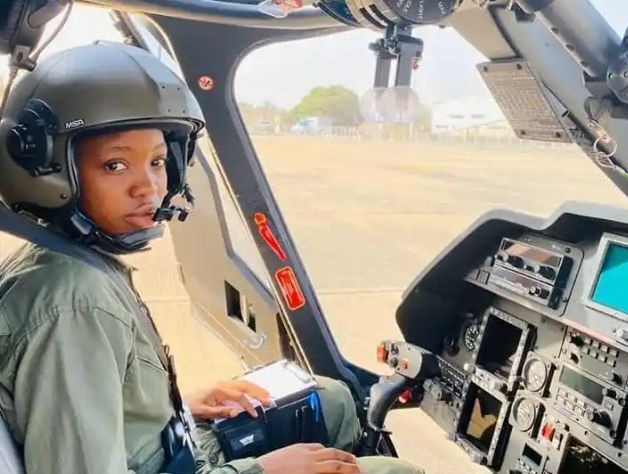 Remember the tragic death of Nigeria’s first female combat pilot Flying Officer Tolulope Arotile, who died at the Nigerian Air Force (NAF) Base in Kaduna State on Tuesday, was hit by a car driven by a former classmate who wanted to greet her, as the Airforce revealed that the unnamed ex-classmate was reportedly reversing the car when it hit Arotile who fell and hit her head on the tarmac.

Arotile made history in October 2019, when she was winged as Nigeria’s first female combat helicopter pilot in the Nigerian Air Force’s 55 years of existence. 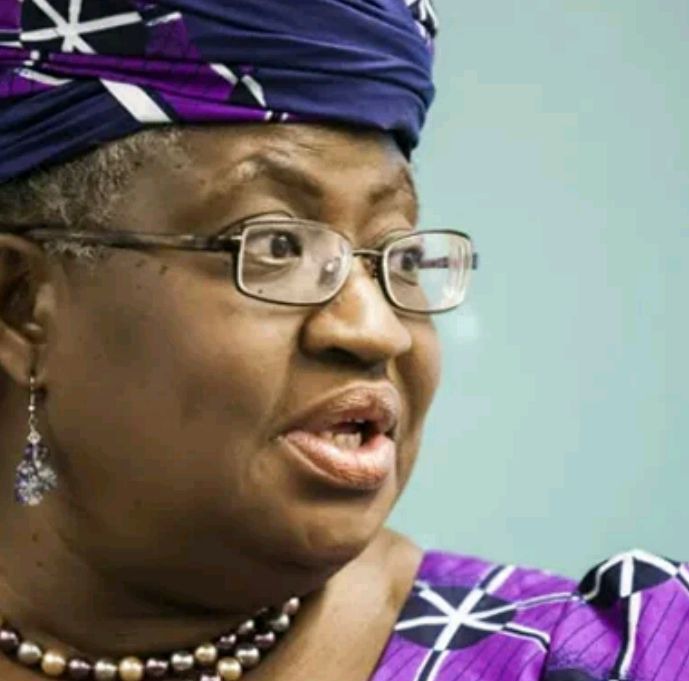 If you can remember that The race for who becomes the next director general of the World Trade Organisation enters a new phase this week as eight candidates from four continents appear before WTO members to share their visions. Nigeria's candidate and ex director of World Bank met with WTO members to share her vision for the organisation. During the meeting, members had the opportunity to ask her questions and generally evaluated her suitability for the job.

Though no female or African has occupied the seat since the inception of the organisation, Okonjo Iweala hopes to break that record.

The Nigerian Defence headqurters has commenced investigation into a viral video by a Naval officer Seaman Haruna alleging ill-treatment by a senior Naval officer. The military authorities disclosed this in a statement by Maj. Gen. John Enenche, Coordinator, Defence Media Operations, Defence Headquarters on Tuesday. He said the attention of the army had been drawn to the video trending in some quarters alleging maltreatment of one Seaman Haruna Goshit (a naval rating) by a senior naval officer.

Nigerians still await the outcome of the Defense Headquarters internal investigation, details will be revealed to the public in due time.

Osagie Ize-Iyamu of the APC will be up against Godwin Obaseki, incumbent governor and candidate of the PDP, in the the election. Speaking at the inauguration of the APC 49-member campaign team for the election, Ganduje expressed confidence that his party would be victorious.

6. Hushpuppi Denied Bail In The US 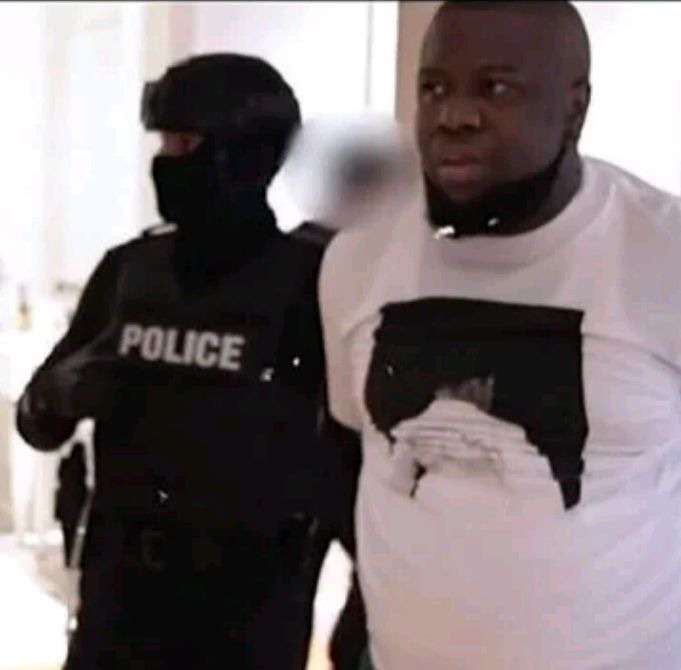 The Alleged Nigerian international fraudster, Ramon Abbas aka Ray Hushpuppi, was on Monday denied bail by a court in the Northern District of Illinois. The self acclaimed ‘Billionaire Gucci Master’ who has over 2.5 million followers on Instagram, will remain in detention until his trial later this year over money laundering allegations, the court said.

7. Buhari Asked Keyamo To Go Ahead With The Proposed Employment Plan

President Buhari, on Tuesday, gave a go ahead to his Minister of state for Labour And Employment Mr Festus Keyamo to continue with Employment exercise, despite the suspension by the lawmakers. This is about the first time the executive and the legislature would be disagreeing on national issues. The initiative is billed to begin on October 1, and each beneficiary will be paid N20,000 monthly to carry out public works.

Nollywood super actress Regina Daniels and her husband Ned Nwoko held a private naming ceremony for their new baby boy.The baby boy, they revealed, has been named Munir Neji Ned-Nwoko. She took to her Instagram to share photos from the ceremony, Regina Daniels stated that welcoming her new baby has been an exciting experience.

Controversy trailed the wedding Fatiha of the eldest son of the Attorney General of the Federation (AGF) and Minister of Justice, Abubakar Malami (SAN) held on Saturday in Kano state. An online medium had reported that Malami purchased a mansion, worth N300 million for his eldest son, Abdulazeez in Abuja and also hired private jets to transport guests to the wedding Fatiha. Malami Denied the allegations and threatened to sue Sahara Reporters if they failed to apologize within seven days.

The renowned professor and Nobel Laurette of literature, Wole Soyinka has this week celebrated his 86th birthday on earth. Many influential Ngerians from various sectors of the country took to their Social Media accounts to celebrate with the literature Guru on his memorial day.