1. No escape for Nigeria’s chronic bank debtors from August 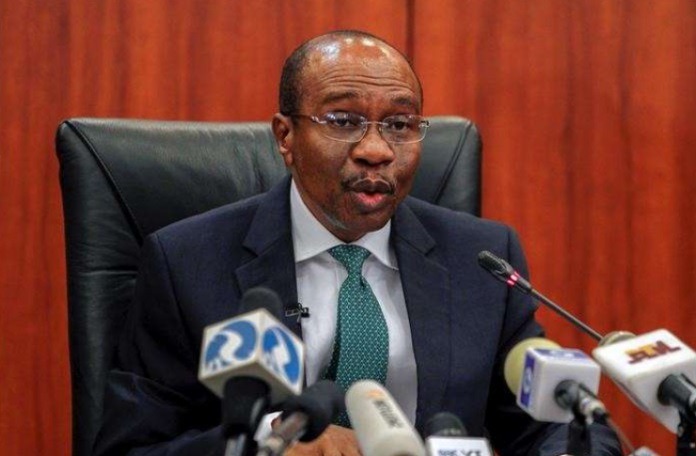 From August 1, Nigeria’s tribe of chronic bank debtors will no longer be able to escape paying their debts.

This is because the Central Bank of Nigeria, working in collaboration with the Bankers Committee, will begin implementing the Go-Live on the Global Standing Instruction.

The policy, according to a 13 July circular sent to all the banks, will enable a bank to recover money owed by a borrower, from deposits in another bank.

According to the CBN, the policy which was approved in February by the Bankers Committee, is meant to facilitate an improved credit repayment culture.

It is also meant to reduce non-performing loans in the banking sector and watch-list consistent loan defaulters.

2. Allegations against me nonsense: Magu speaks

Suspended acting chairman of the Economic and Financial Crimes Commission (EFCC), Ibrahim Magu, has described the allegations of financial improprieties against him as a load of nonsense.

In a newspaper interview on Wednesday after he was freed from detention, he said the allegations were designed to tarnish his image.

“They are nonsense. They are mere trump up allegations to tarnish my image and that of the EFCC. I did not steal or divert or convert funds to private use. I read the allegations and I was shocked”, Magu said.

He spoke exclusively with The Nation.

Magu, who was detained since last week Monday said he was happy to breathe freedom.

He asked Nigerians not to give up on the fight against corruption.

“They should not give up on the fight because corruption kills a nation faster than any other thing.

He said whether he is the chairman of EFCC or not, “Nigerians must own the war against corruption, which President Muhammadu Buhari is determined to eradicate.”

He said what he went through was “one of those risks of the job.”

“It is not a personal fight. Whether I am EFCC Chairman or not, the anti-corruption war must continue.

“What I have gone through is a case of dog eats dog but I see it as one of those risks of the job. But we must not give up in any way.

The Federal Road Safety Corps (FRSC) on Wednesday cautioned its bribe-seeking officials and members of the public against such practice, to avoid being prosecuted.

Etuk warned that if anyone was found in that attempt, both the giver and the taker would be prosecuted.

The commanding officer, controlling Lagos and Ogun, stated that the duty of the FRSC was to ensure safety on the roads and to ensure that motorists abide by its rules and regulations.

“We ensure our men are professional in their conduct by not involving in any bribery and I am telling all members of the public that they should not attempt to bribe our officials.

“This is because both the giver and the taker will be prosecuted,” the zonal commanding officer warned.

Etuk said that the visit was to sensitise all the officers and men of the command, to ensure that there was prompt and proper traffic control in the state.

4. No going back on decision to bar students from writing WASSCE – FG

The minister said the Ministry was still consulting with education stakeholders on what the best position should be, adding the West African Examination Council (WAEC) had also started consultations with West African nations on a possibility of shifting dates. At the unveiling of the promo in Lagos, the company’s Group Managing Director, Mr Michel Puchercos said the promo was instituted to reward its loyal customers.

Puchercos gave the assurance that the company, through the promo, would change the standard of living of its consumers and end-users during the COVID-19 pandemic.

He said that 1,000 lucky Nigerians would win a star prize of one million naira each, over a period of 16 weeks of the promo.

The company opted for a cash prize to enable the beneficiaries to set up small businesses in the face of COVID-19.

Puchercos said that the Season 2 Promo, launched following a huge success recorded in the 2019 promotion, would run from July 15 to Nov. 15.

He said that the company was determined to reward the consumers and add value to their economic well being, with the promo.

According to him, other prizes to be won apart from one million naira cash, include tricycles, refrigerators, television sets, generators, goodies packs, smaller monetary prizes and airtime.

Mrs Funmi Sanni, Dangote Cement, Marketing Director, said at the event that the promo was launched to delight the company’s old and new consumers.

“Every promo bag of cement contains a scratch card-carrying winning items carefully inserted in each bag, when you scratch, whatever is revealed is what you win.

“You should not throw away the card as a consumer; at the back of the card, there is an alphabet, and once you get a card that spells Dangote, it is automatic N1 million,” Sanni said. The suspended acting Chairman of the Economic and Financial Crimes Commission, EFCC, Ibrahim Magu, has been granted bail from police custody after being detained for 10 days.

Magu was arrested on July 6, 2020 over allegations of corruption. He was acused of being unable to account for the interest accrued to recovered looted funds of about N550bn

He was also accused of insubordination and purchase of property in Dubai, the United Arab Emirates

7. It’s not yet time to retire’ — N’assembly clerk fights back Mohammed Sani-Omolori, clerk of the national assembly, says his continued stay in office is backed by law and cannot be voided by the National Assembly Service Commission.

In a statement shared with TheCable on Wednesday, Sani-Omolori said the commission does not have the powers to set aside the revised condition of service passed by the previous assembly.

He directed all staff of the legislative chamber whom the commission asked to proceed on retirement to disregard the directive and “go about their lawful duties”.

Ahmed Amshi, the commission’s chairman, had approved the retirement age for national assembly staff as 60 years of age or upon 35 years of service, contrary to the requirement stated in the amended conditions of service.

A plot by the previous assembly saw the conditions of service of the national assembly staff being amended, increasing the requirement of retirement for the staff to 65 years or 40 years of pensionable service.

In addition to Sani-Omolori who started his civil service career on February 6, 1985, and was initially due to retire in February, some other senior management staff of the national assembly were affected by the new development.

Amshi had said “the commission has approved the immediate retirement of staff of the National Assembly Service who have already attained the retirement age of 35 years of service or 60 years of age,” and that “retirement letters would be issued to the affected staff accordingly.”

But reacting shortly after, Sani-Omolori said the amended condition of service for national assembly staff remains in place.

“Therefore, the National Assembly Service Commission does NOT have the powers to set aside the Revised Conditions of Service as passed by the 8th National assembly.” Nunieh had accused Akpabio of sexually harassing her.

Speaking through Anietie Ekong, his media aide, on Wednesday, Akpabio said he has never made sexual advances against Nunieh.

The former governor of Akwa Ibom said he has never hidden his admiration of Ekaete Akpabio, his wife, whom he is contented with.

“For the records, the Honourable Minister, Senator Godswill Akpabio, CON is happily married and content with his wife.

“Together they are blessed with children, four of whom are young women. The honourable minister is an avid believer of Affirmative Action and that was visible in the appointments he made as a two term executive governor of Akwa Ibom state between 2007 and 2015.

“He is the first governor in Akwa Ibom state to have a female deputy governor, was also the first to appoint female chief justices of the high court, recommended women for ministerial appointments one of whom was the Minister of Housing and Urban Development, and supported for appointment the first female vice-chancellor of the only Federal University in the state etc.”

The minister wondered why Nunieh did not speak out until the period the senate is probing the NDDC.

“If indeed the allegation was true. Waiting till July 10th and 13th 2020 when the National Assembly appears to be probing some of her actions as the Acting Managing Director of the Interim Management Committee (“IMC”) exposes her motive, especially at a time when the momentum for the Forensic Audit,” he said.

“Investigation of the NDDC is heating up and the truth is about to be unveiled for all to see? The critical question is who is afraid of the Forensic Audit at the NDDC? Who is Afraid of the Truth?

“There is no doubt that Ms. Nunieh’s attacks are both personal and sponsored.”

9. Magu’s invitation, questioning were in his best interest —Presidency The presidency said on Wednesday the invitation and subsequent interrogation of the suspended acting Chairman of the Economic and Financial Crimes Commission (EFCC), Ibrahim Magu, by a presidential panel were in his best interest.

The Special Adviser on Media and Publicity to the President, Femi Adesina, stated this when he appeared on a Channels Television programme, Politics Today.

Magu, who was arrested on July 6, was quizzed by the Justice Ayo Salami-led panel for several alleged acts of financial malfeasance.

The anti-graft czar was accused of re-looting funds and other assets recovered from suspected treasury looters by the commission.

The panel also alleged that Magu had been unable to account for the interest that accrued to the N550billion recovered funds.

The suspended EFCC chief was released on Wednesday evening.

Adesina said Magu was not on trial but was only invited to tell his own side of the story.