By Clearthougtnews (self meida writer) | 1 months 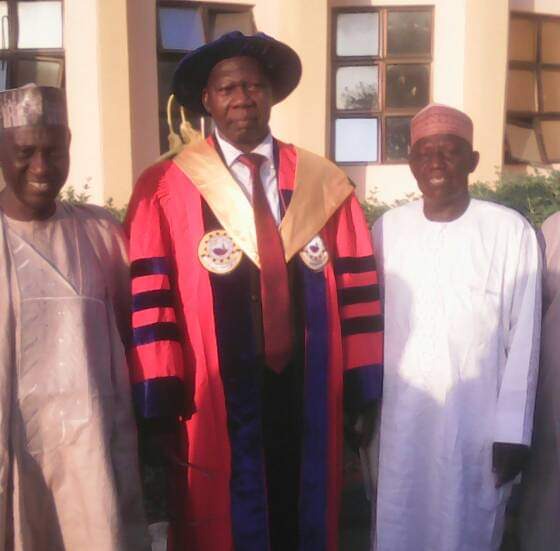 I was sitting in my hotel room watching a program on Channels TV in the afternoon when I saw a caption in the breaking news portion, which reads "PDP's NORTHWEST CONGRESS ENDS IN CHAOS".

I was really annoyed and embarrassed, even disappointed, knowing the cause. Because I was the secretary of the appeal panel. Considering the importance I attached to this congress, I made huge sacrifices to enable me attend the event.

The information that I was going to be part of the appeal panel member for the Congress reached me on short notice. Precisely on thursday 8/4/2023 afternoon, while the exercise was scheduled to hold on Friday 9th/4/2023 at the Zonal Headquarters Kaduna. I would have left Yola same thursday afternoon, but for the demise of my younger brother,I couldn't.

I had to witness his burial ceremony and other activities after the burial. On Friday we had only one flight in the afternoon at the Yola airport and it was fully booked. I had to pay N100,000 for first class, on reaching Abuja, I was taken to the railway station straight to enable me meet arrive on scheduled time ,unfortunately it was also fully booked. I risked and traveled to Kaduna by road.

We reached Kaduna safely and had only one petition letter with Joint complaint from 3 members of the party, against their party Executives who refused to sell forms to them.

We resolved the problems and went into the election hall on Saturday 9/4/2023. Everything was normal and the election had peacefully commenced before we noticed an encroachment from sponsored Youths.

As everything was going on peacefully ,Then , Kwankwaso's supporters overpowered the security and forced themselves into the hall, chanting songs of Kwankwaso's superiority over the other Nigerian politicians. The likes of Sule Lamido, Tanbuwal, Makarfi, Bafarawa etc, were all there but those supporters of Kwankwaso refused to recognized the presence of these respectable Nigerians. They picked all the ballot boxes, broke them, tore the ballot papers and picked the chairs around and pelted us with them.

The only reason for the mob action was that kwankwaso's candidate was not adopted and therefore would not win if the election is allowed to be conducted, as if we are not in Democracy.

The question is ,Why should there be intimidation, coercion in a problem that could be solved through Democratic means? Their violent attitudes would not stop the congress from taking place anyway and it could not change anything in their favour.

People risked their lives and attended this event, from far away Zamfara, Kebbi, Sokoto only to be met with a disappointments of Kwankwaso's supporters to forced the postponement of the congress. It's really very unfortunate and disappointing.

Content created and supplied by: Clearthougtnews (via Opera News )

If You Are In Your 40's & You Don't Have Any Of These Childhood Memories, Then You Have Missed A Lot

Ladies, Check Out 40 Classic And Exquisite Ankara Styles For You