Kogi State And The Burden Of Choosing A New Leader

By Saturday, November 16th, the people of Kogi state will go to poll and decide who will lead the affairs of the state for the next for years. Already, there are over fifteen gladiators jostling for the exalted office of the state including the current governor, Yahaya Bello who is seeking for re-election.

The smoke of electioneering activities is billowing daily across the state with different political parties stretching out their nets to catch more followers that will ultimately give them an edge at the poll.

As expected, the exercise has tilted the state on the path of another complex decision making as Nigerians and key political observers all over the world are breathing down their necks towards the unfolding political theater.

Kogi state was plunged into a sea of staggered election following the decision of INEC which nullified the re-election of Ibrahim Idris of PDP for second term in the 2007 general elections due to complaint lodged before the Electoral Petition Tribunal by Abubakar Audu.

Audu, a former governor of the state had written a petition to the electoral tribunal for being excluded from participating in the 2007 general elections. In February 2008, the Court of Appeal upheld the ruling of the Tribunal and ordered a new election to be held within three months.

The bye-election which eventually produced the former governor, Ibrahim Idris was held in March 29, 2008 and was contested by Abubakar Audu of ANPP, Ramat Momoh of PAC, Yusuf Obaje of DPP and Ibrahim Idris of PDP.

That 2008 electoral alteration completely tossed the state away from the National political alignment and joined it with the league of States in Nigeria with staggered election.

Despite the staggered election, Kogi State has always been submerged in electoral rumble each time it marches towards another political dispensation.

In 2015, Prince Abubakar Audu again, decided to throw his hat into the ring under the APC and slug it out with the incumbent governor, Idris Wada of the PDP having been out of the Luggard house for 12 years.

After the keenly contested election which had the APC candidate leading his closest rival with a total votes of 280, 867 to the 199,514 votes garnered by the PDP candidate, the election was declared inconclusive. The decision in Kogi state set the nation electoral process on the threshold of inconclusiveness.

Giving his reason for declaring the election inconclusive, the returning officer, Emmanuel Kucha of the University of Agriculture, Makurdi said the margin of votes between the winner and the runner up was 41,353 while the total number of cancelled votes was 49,953.

Hence, supplementary elections were held in the area where votes were cancelled. At the end of the polls, the APC candidate scored more votes than the PDP's and was on the verge of being declared by INEC. But in a twist of fate, and just a few hours to the declaration of final result, Prince Audu was declared dead.

Audu's death at the edge of victory threw the nation into disorder for several weeks. Neither a section of the Constitution nor electoral law had ever made any reference to such a case in Nigeria. It was an experience that caught the nation off guard.

The entire country exploded in confusion. INEC was in disarray and the Nigeria Constitution was busy solmersaluting with clashes of legal and theoretical analogy. Virtually everyone became a constitutional lawyer on the streets with legal postulation and submission.

While the national atmosphere was pregnant with legal logjam, there was an intense battle of succession both in the camp of APC and the PDP. The PDP and its candidate, having come second in the election was routing for declaration as winner since the authentic winner is no more.

At the APC camp, Abiodun Faleke, the running mate to the late APC candidate locked horn with Yahaya Bello who came as a runner up at the party primary election. It was indeed, an usual and unforseen development in the Nigerian electoral history.

It was this political cacophony that produced the current state governor, Yahaya Bello, having received the blessing and endorsement of majority of the party bigwigs against the wishes of Faleke and some party leaders who pitched their tents with him.

Four years down the lane, Kogi state is on the march again to elect from the pool of choices available at their disposal the man that will lead them for another four years.

Bello, unarguably one of the youngest governor in the present Nigeria is giving it another shot to be re-elected for a second term.

Although, the PDP candidate, Musa Wada is touted to be the major rival among the burstling list of the governorship candidates for the election, but with the clearance of the candidacy of Natasha Akpoti of SDP by the Federal high court last week, the battle line is now drawn between the three marjor political forces come Saturday.

For the better part of this administration, the governor has not been hitting the news headline with favourable development especially, on the payment of workers salaries.

At the launch of president Mohammed Buhari campaign team for second term in 2018, APC governors across the country were tasked to donate a sum of fifty million naira for funding of the 2019 presidential campaign. Yahaya Bello, who was then, neck-deep in debt with his state workers in Kogi, emerged the first APC governor to make his contribution.

As at May this year, Labour leader in the state, Onu Edoka confirmed that the governor was owing the workers about 39 months salary arrears.

But in a swift reaction through his media aide, the governor dismissed the allegation, saying he only owes 35 months and not 39 as stated by the labour leader. Many however wondered the actual difference between the two statements which actually boiled down and affirmed the fact, that the government is deeply in debt with it's workers.

There have been several other issues raised by stakeholders in Kogi state bordering on good governance across the state. All these appear to be beaming an amber light on the fate of Bello and may likely form the basis for people to decide on Saturday.

However, there are speculations from different quarters that the Nigeria tradition of deploying a federal might and incubent power to rescue the governor and secure his ambition will come to play.

To an extent, Nigerians especially the kogites seem to be more politically sophisticated than this Maxim and may well stamp their feet in taking their fate in their hands. As people of Kogi march to poll on Saturday, they will definitely stand on the threshold of history to either make a decision that will consolidate on their experiences in the last four years or set the state on the path of new dawn. Nigerians are keenly watching as the political event unfolds. 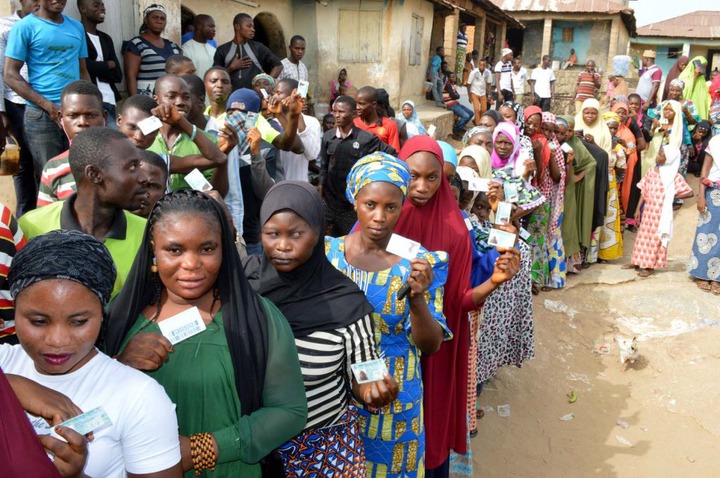