By OvieOmo-Agege (self media writer) | 5 months ago 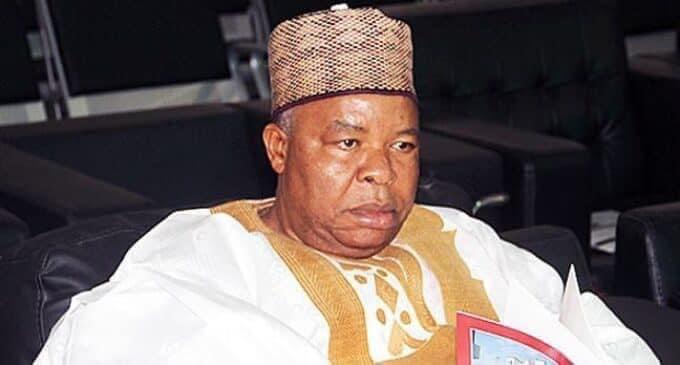 The Deputy President of the Senate, Senator Ovie Omo-Agege has expressed deep shock and sadness over the demise of a former lawmaker and elder statesman, Senator Ibrahim Mantu.

In a condolence message, Senator Omo-Agege saluted his patriotism and commitment to building a viral Legislature, having served as Deputy President of the Senate from 2001 to 2007.

Mantu, 74, died in the early hours of Tuesday after a brief illness.

The Delta Central lawmaker lauded Mantu's commitment to meet the needs of his community as a two-term lawmaker, devotion to national development, stressing that his insightful contributions at the floor of the Senate would be fondly remembered.

Omo-Agege sent his heartfelt condolences to the government and people of Plateau State as well as family and friends of the deceased.

"Distinguished Senator Ibrahim Mantu served the Fourth and Fifth Senate between 1999 and 2007 with compassion and diligence. He served the Senate in various capacities from Chairman, Senate Committee on Information, Deputy President of the Senate as well as Chairman, Joint National Assembly Constitution Review Committee.

"Similarly, he chaired the Policy Analysis and Research Project (PARP) which metamorphosed into National Institute for Legislative and Democratic Studies (NILDS), Amirul Hajj from 2005 to 2006 and also superintended the Palliative Consolidated Committee for Cushioning Measures," he said.

Special Adviser, Media and Publicity, to the Deputy President of the Senate.

Content created and supplied by: OvieOmo-Agege (via Opera News )