By Euphoric (self media writer) | 28 days ago

Detained Yoruba activist, Sunday Adeyemo AKA Sunday Igboho has been at loggerhead with the Federal Government over his detention and the alleged raiding of his house by the DSS. 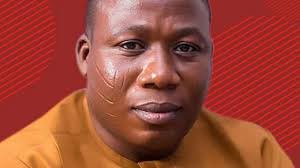 However, reports from Sahara Reporters has confirmed that the Oyo State High Court ordered the Nigerian Government to pay the sum of #20 billion to him for damages. The report further revealed that an application filed by Abubakar Malami, challenging the court's jurisdiction to hear allegations against Nigerian government agencies was dismissed. Recall that Igboho was arrested at the Cardinal Bernadin International Airport in Cotonou 3 weeks after the Nigerian Police declared him wanted for his activities.

The Federal Government should Challenge this order at the Supreme Court. If this order is obeyed unchallenged, It will bring about more secessionists which might affect the peace of the country. It should be noted that the agitation for Oduduwa and Biafra is garnering momentum despite the arrest of their leaders. Those in support of seceding the country might intensify their agitations with the belief that the court will back them up. Nigeria is currently battling to curtail the activities of ESN and IPOB and won't want more problems. 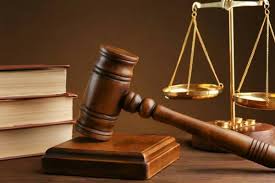 Additionally, other regions might begin to agitate for a sovereign republic. Many persons might want to follow in Igboho's footsteps to become heroes amongst their people.