Electronic Voting: Senator Receives Query From Her Constituents For Being Absent During Debate

By MirabelJackson (self meida writer) | 3 days

The last has not been heard of the fracas which occurred in the national assembly some days ago as the senators debated the contentious clause seeking to enable electronic transmission of results during the general elections.

One of the senators, Sabi Abdullahi representing Niger North, had sought for the clause to be amended such that the power to determine the practicability of electronic transmission would lie with the Nigerian Communications Commission (NCC), with the approval of the National Assembly. 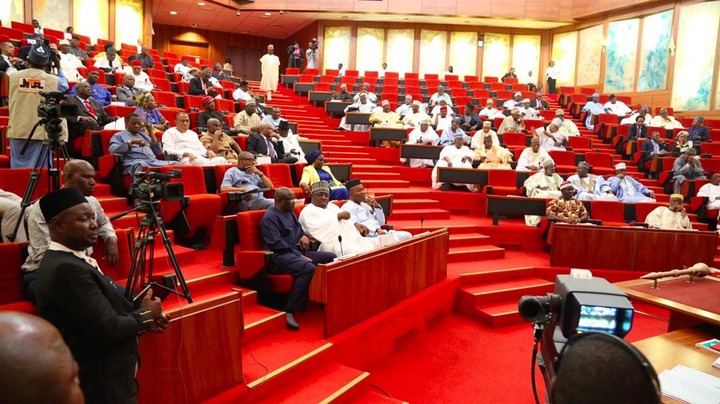 Some Senators, mostly from the PDP had objected to the motion while some other senators, mostly the APC had supported the motion to water down the clause seeking to enable the electronic transmission of results and instead, use it only where it is necessary with the approval of the National Assembly and NCC.

Apart from the senators who voted for, and against, some others were totally absent during the plenary and as such, did not have any input in the very important duty thus disenfranchising their constituents from being heard. 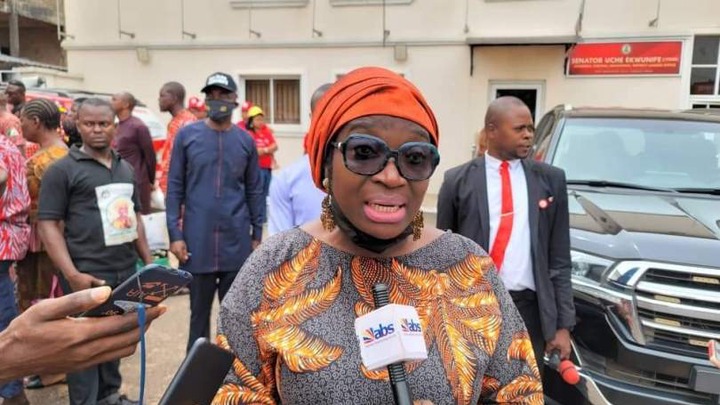 One of such senators, Senator Uche Ekwunife representing Anambra central senatorial district was absent during the proceedings.

Irked by her decision to rather stay absent during the proceedings, a group made up of Anambra indigenes from Obosi, who are resident in Abuja, the Obosi development union, has sent her a query asking her to explain her absence during the very crucial deliberation in the senate. 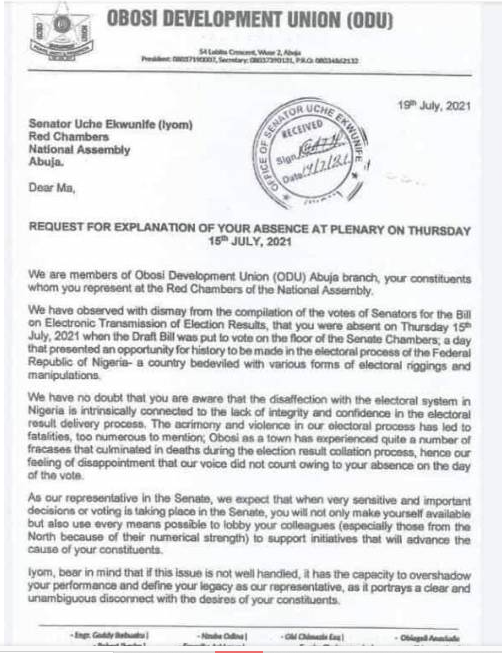 According to the group, it was disheartening for the senator to be absent as the country was currently plagued with crises owing to election crises. The union cited the case of the town in question, Obosi which has suffered a spate of violence due to election-related fracas.

The union wondered why the senator would be absent on a deliberation that would have brought peace and electoral direction to the people of the region. 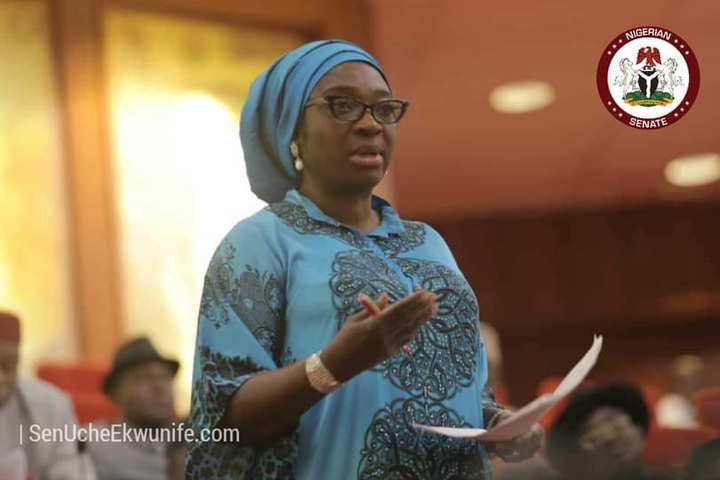 The group further warned that the senator's actions will definitely have the capacity to overshadow her performance and define her legacy as the representative of the senatorial district.

Senator Ekwunife was, however, given an opportunity to offer an explanation for her actions as she was asked to reply to the query.