Cross River : Why A State Chairman From Ogoja Will Be More Strategic For APC Ahead of 2023

By InyaliPeter (self media writer) | 5 days ago 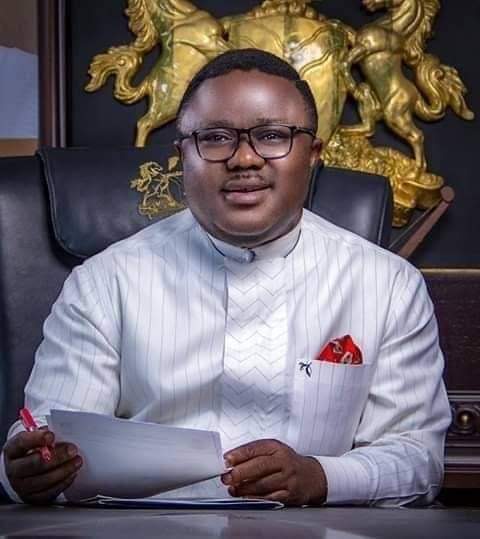 As the Cross River State Chapter of the All Progressives Congress, APC preparations for the October 16th State Congress for the election of State Executive Committee members enters top gear, who and where the next Chairman comes from has continued to dominate political discourse in the state.

The party had kicked started a process for a smooth and peaceful exercise with the setting up of a zoning committee led by a highly respected figure in the party, Sen. Victor Ndoma-Egba, former Senate Leader who is also the immediate past Chairman of the governing board of the Niger Delta Development Commission (NDDC) Months ago.

The Ndoma-Egba led committee had submitted its reports some weeks ago, prominently recommending the zoning of the State Chairmanship position to the Northern Senatorial district. Other key positions were also zoned across the three Senatorial districts.

The bickering in the ranks and files of the party was taken to another level some days ago when the Caretaker Committee Chairman, Sen. Mathew Mbu, Jr. and the State Caretaker Publicity Secretary, Mr. Bassey Ita were involved in statement and counter statement drama.

Mr. Ita had issued a statement asking party faithful to disregard the micro zoning report that zoned party positions to local governments. He insisted that although the State Caretaker committee had received the Ndoma-Egba led committee recommendations, the leadership of the party was however yet to take any decision on it.

Shortly after his report went viral, the Caretaker Chairman, Sen. Mbu also issued a counter statement directing party members to disregard the statement by the publicity secretary as it didn't have his backing. While Ita opposed the micro-zoning report on the grounds that state caretaker committee needed to approve the Ndoma-Egba led committee before the next phase, the Chairman on the other hand gave his backing to the reports.

This disagreement on the issue of micro zoning is threatening to divide the party. Those supporting micro zoning of the Chairmanship position to Yala where Barr. Alphonsos Eba, Governor Ben Ayade's right hand man is tipped to emerge believe that since the Governor is the party leader, he should be allowed to decide who becomes the next party Chairman.

While the Governor's leadership position is not in doubt, they are those who still believe that a Chairman from Yala won't serve the party a great deal. Rightly, a cursory look at the political situation in the state suggests that the choice of producing a Chairman from Yala may not be completely be a politically wise decision. This is for a number of reasons.

For instance, a Chairman from Yala will give PDP total control and undue advantage over the APC in Ogoja. Politics is a game that requires that the players don't give their opponents any opportunity to have advantage, no matter how small over them.

Governor Ayade and the Honourable Minister of State, Power, Goddy Jedy Agba, OFR who are both members of the APC are from Obudu while the political leader in Bekwarra, Rt. Legor Idagbo, Member representing Obudu/Bekwarra/Obanliku federal constituency, also an APC member is from Bekwarra.

The PDP on the hand hand has a Senator and State Chairman from the zone. Sen. Jarigbe Agom of the PDP is from Ogoja and gives his party some sort of advantage over the APC in the local government while Barr. Venatius Ikem, State Chairman of PDP who hails from Obudu was strategically positioned to ensure that APC absolute monopoly of Obudu is challenged.

Although Yala doesn't have any political office holder of note now, but the Ogoja/Yala federal constituency by-election is coming soon and it's widely expected that the APC will win the election. This means that the party will have representation in the local government in the coming weeks. This leaves Obanliku and Ogoja as the two local government the party needs to grasp.

With the State Chairmanship election coming, one would have expected that it would have been more strategic for the Cross River North APC stakeholders to either zone the position to Ogoja to destabilize the strength of the PDP that's heavily dominant in the local government with a Senator or Obanliku that's empty.

The sentiments against APC in Ogoja is very strong owing to the fight the Governor put up against Senator Agom during the Cross River North Senate tussle. The Governor had backed Sen. Stephen Odey from Yala. Being that Yala had produced the highest number of Senators in the history of the senatorial district and Ogoja, which is the natural headquarters of the North was yet to produce at the time, many had thought that the Governor would naturally support an Ogoja man. But this wasn't the case.

As the Senate tussle came to an end, this would have been a great opportunity for the APC and Governor to show the Ogoja people that they are loved and valued like the Yala people but this may not be the case, going by the micro zoning report.

Tellingly, if APC uphold the micro zoning report and produce a Chairman from Yala, the party and Governor Ayade would have missed a great opportunity to address two things; give the Ogoja people some sense of belonging as well as make the party's presence felt more in the local government. This development will undoubtedly give PDP more control of the party in the local government as more APC members from Ogoja who feel disenchanted may defect to join their brother who's a PDP Senator.

But there's still time for the political miscalculation to be corrected before the the Saturday elective state congress. But between now and Saturday, whatever final decision the party takes regarding the State Chairmanship position will either strengthen it in Ogoja vis-a-vis the North or weaken it.