By Berefa (self media writer) | 2 years ago 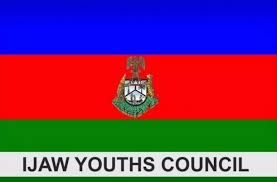 The seeming confusion in the rank and file of the IYC as it approaches elections to elect new national executive officers is disturbing.

The former president of the Ijaw National Congress (INC) Chief Joshua Fumudoh, after several consultations with past leaders and some critical stakeholders of the IYC, convened a stakeholders meeting on the14th July, 2020 to discuss and proffer solutions to ensure peaceful elections and a unified IYC.

The meeting which held at the Lady Diama Events Place in Yenagoa, Bayelsa State was chaired by Chief Joshua Fumudoh. Meanwhile in his welcome address, Chief Fumudoh said he regretted that the IYC is fast losing its focus. He enjoined participants to be sincere and honest and put away all forms of partisanship, acrimony and bitterness so as to chart a way forward for the IYC. The situation in the IYC must be salvaged so that she can regain its lost glory and once again become the fulcrum of our collective struggle.

The meeting which play host to predent and all past presidents of the IYC (except one who is abroad), and other top ex officials and founding members of the IYC, other critical stakeholders and all members of IYC Electoral Committee (ELECO).

The meeting received briefing from the IYC ELECO and solidarity messages from some former leaders of the Ijaw National Congress (INC). The meeting also appreciated and acknowledged the several peace efforts made by some concerned leaders at Oporoza, and other virtual meetings. After painstaking and exhaustive deliberations, the gathering resolved as follows:

The IYC ELECO should be supported as much as possible to conduct the IYC elections as scheduled. The ELECO is enjoined to ensure a level playing ground for all aspirants, and ensure that the elections are free and fair.

Since the electoral processes are fraught with several constitutional breaches, there should be a convention to address the issues before elections. The ELECO is advised to hold this convention at the venue of the election a day before the elections (18th July 2020) at Oporoza.

Following reports that some members of the ELECO are meddling the delegate list from their respective zones, the ELECO is sternly warned to desist from such acts. Delegate lists should only emanate from the different clans / chapters through the zones (or LGAs as in the case of the Central Zone). The ELECO has no authority to change such lists.

In order to avoid further disaffection and apprehension among aspirants, delegates and well-wishers, the ELECO should publish the list of delegates and successfully screened aspirants not later than Wednesday 15th July 2020. This will give further credibility to the electoral process.

The meeting appealed to all members of the IYC who are aggrieved and are seeking redress in the courts of law to withdraw such cases in the interest of the Ijaw nation and explore internal mechanism in the IYC to address the issues. Seeking redress in the law courts exposes and weakens the IYC. Leaders present at the meeting are willing to further dialogue with aggrieved persons to address the issues raised.

6. Inclusiveness in the Eastern zone

In order to ensure that as many Ijaw clans as possible participate in the leadership of the IYC at different times, the gathering appealed to clans that had produced leaders at the national level (and other levels) to consider other clans that had not produced such leaders, especially if such clans are presenting capable and committed candidates. This will further cement our brotherhood. In the case of the next President of the IYC, the appeal is to our large hearted Kalabari and Okrika clans to give consideration to able and committed aspirants from the Andoni, Bille, Igbani, Nkoro, and Opobo clans.

This meeting also made a similar appeal to our brethren in the Abuja chapter of the IYC to consider aspirants from the Eastern zone who are yet to produce a national officer to the position / office (Assistant Director of Mobilization) zoned to the Abuja chapter.

These decisions are taken in the interest of the IYC and the Ijaw nation. It is the belief of this gathering that these decisions will aid the IYC in conducting fair, free and peaceful elections that will further unify and strengthen the IYC. The gathering thanked the convener of the meeting, and enjoined him to repeat these meetings more frequently.

Content created and supplied by: Berefa (via Opera News )