By Olayinka (self media writer) | 9 months ago

The Minister of Police Affairs, Muhammad Maigari Dingyadi has stated that the fate of the suspended former Head of the Intelligence Response Team, DCP Abba Kyari, would be determined by President Muhammadu Buhari. 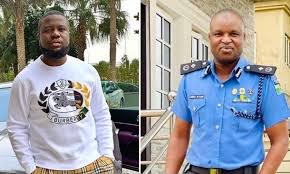 Dingyadi, who spoke on Channels Television’s ‘Politics Today’, admitted that investigations have been concluded on the matter but a decision can only be made by the President.

Recall that Kyari was indicted by the United States over his alleged involvement in a $1.1m Internet fraud by Abbas Ramon, popularly known as Hushpuppi and four others; Abdulrahman Juma (Abdul); Vincent Kelly Chibuzo (Kelly); Rukayat Motunrayo Fashola (Morayo); and Bolatito Agbabiaka (Bolamide). 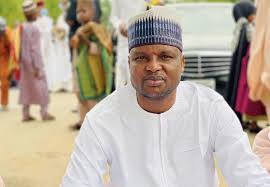 A probe panel, headed by DIG Joseph Egbunike, was set up by the police to investigate allegations levelled against him by the US Federal Bureau of Investigation (FBI).

While the report has been submitted to the Inspector General of Police (IGP), Usman Baba, Dingyadi affirmed that the report would be handed over to the president for a decision to be taken on the matter.

The United States demand the extradition of the embattled police officer to face trial.

Content created and supplied by: Olayinka (via Opera News )