President Muhammadu Buhari reappointed Professor Ishaq Oloyede and Professor Abubakar Rasheed as Registrar/Chief Executive of the Joint Admissions and Matriculation Board, JAMB, and Executive Secretary of the National Universities Commission, NUC, respectively, to the Federal Ministry of Education on Friday. 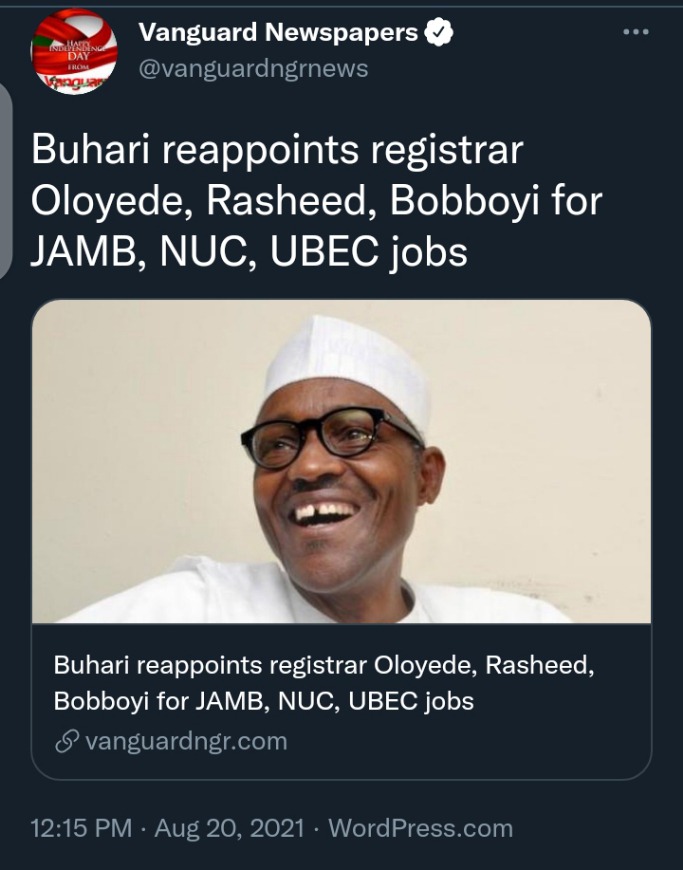 According to a statement issued by the ministry's Director of Press and Public Affairs, Mr. Bem Goong, the president also reappointed Hamid Bobboyi as Executive Secretary of the Universal Basic Education Commission, UBEC. 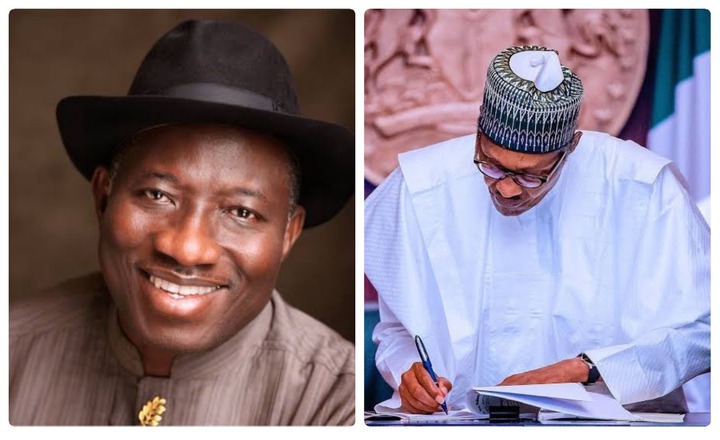 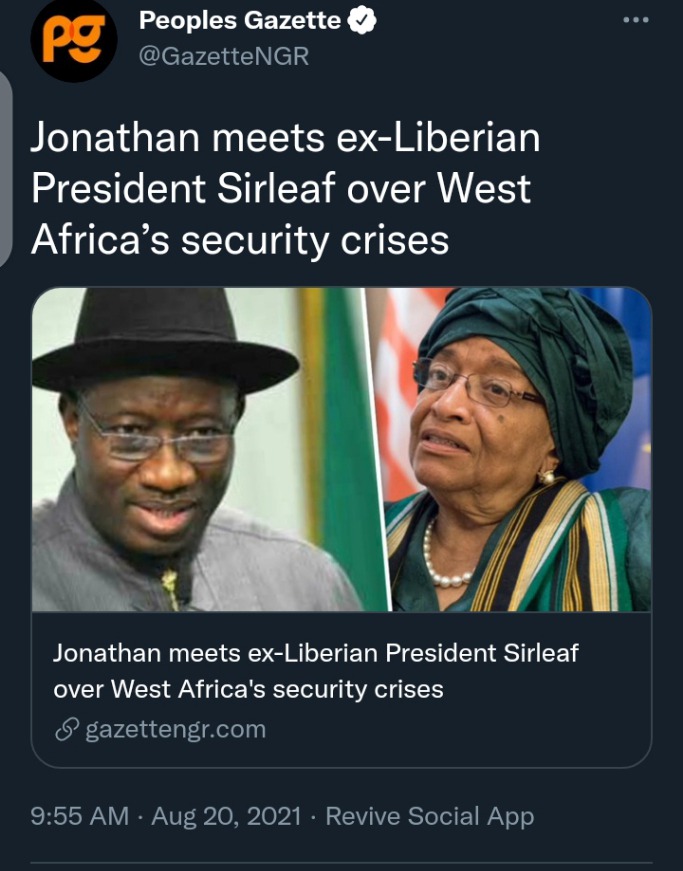 Ms Sirleaf revealed this to journalists after her closed-door meeting with Mr Jonathan in Abuja.

She explained that the meeting would also deepen previously established initiatives to promote a smooth transition of power within the West African region, as Jonathan and herself demonstrated when they handed over power in their respective countries.

“The main purpose of this visit, besides re-establishing good contact with him (Jonathan) to promote the good relationship that we have. It is to discuss with him the West Africa Elders Forum, an initiative that he is promoting through the President Goodluck Jonathan Foundation,” said the former Liberian president.

The Federal Government has admonished fifth columnists and naysayers to stop spewing negative and false narratives around Boko Haram members who are surrendering in droves in the North-East. 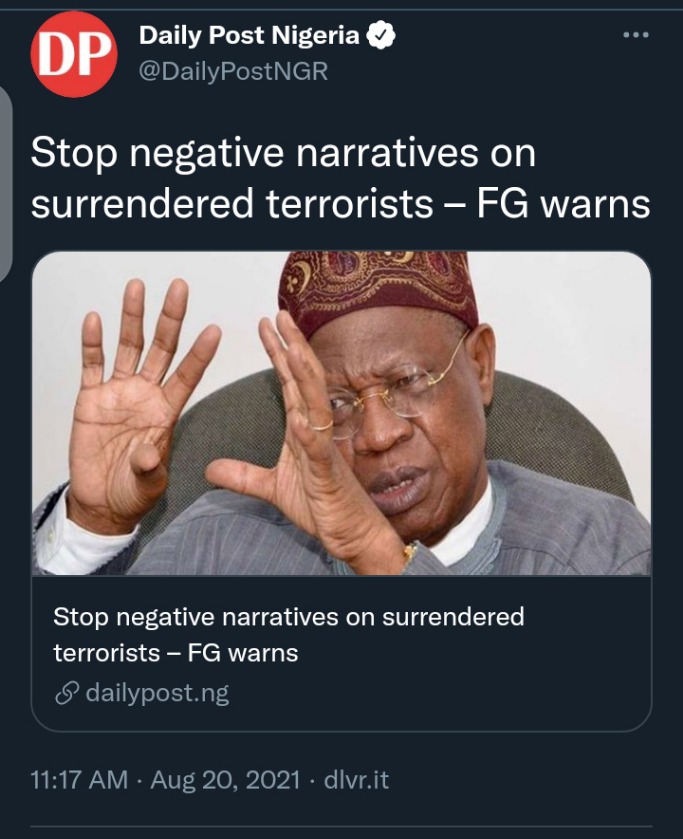 Alhaji Lai Mohammed, Minister of Information and Culture, issued the warning in a Friday interview with the News Agency of Nigeria (NAN) in Washington.

The minister berated those who were alleging that the surrendered insurgents were not actual Boko Haram fighters and if they were, they should be shot rather than granted amnesty.

After court’s refusal to stop doctors’ strike, minister set to meet NMA, others

Chris Ngige, the Minister of Labour and Employment, has requested President Muhammadu Buhari's permission to meet with the leaders of the Nigerian Medical Association, the Medical and Dental Consultants Association of Nigeria (MDCAN), the Association of Medical Doctors in Academics, and the striking National Association of Resident Doctors (NARD), among other concerned parties, in order to resolve the labor dispute. 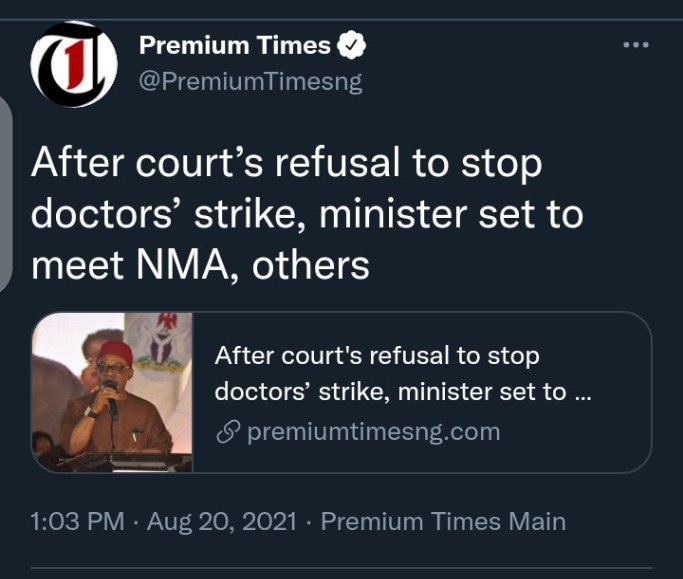 The minister revealed this on Thursday, shortly after meeting with the president, and stated that the meeting is scheduled for 2 p.m. on Friday.

Previously, similar meetings ended in stalemates after the doctors accused the government of insincerity.

However, the new move comes after several failed attempts to obtain a court order compelling NARD strikers to return to work.