After Armed Bandit Was Spotted With AK-47 Guns And Other Weapons, See What Babajide Otitoju Said

By Oluwaseyin5 (self meida writer) | 1 months

Earlier today, an armed bandit was on his way to Niger state as he boarded a motorcycle to enable him cross the traffic. The motorcycle rider demanded that the man hands over his baggage but the suspected bandit refused to give him the bag. The rider also revealed that he heard several phone calls telling his passenger to come quickly which made him really scared. The passenger quickly alighted and he rushed to the Nupeko Port to board a small canoe which would cross him over, he still refused to handover the baggage. Phone calls were made to people on the other side of the river as they were told to be alert because the man looked suspicious, the suspected man immediately wanted to enter another motorcycle but was dragged down by vigilante operatives. His baggage was thereafter opened and three AK-47 guns were discovered inside the bandit's bags. 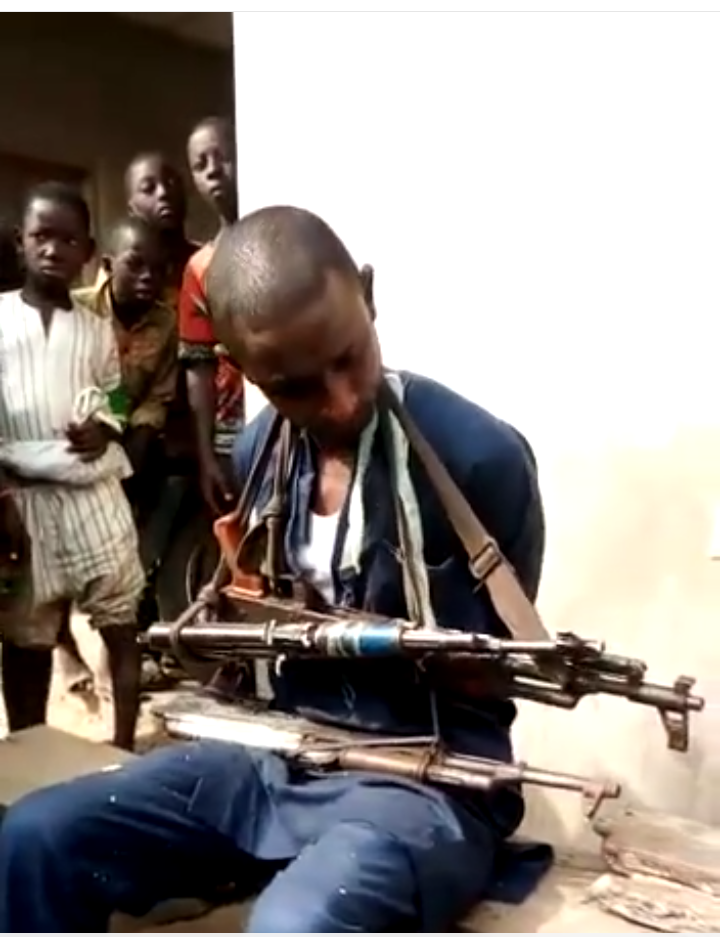 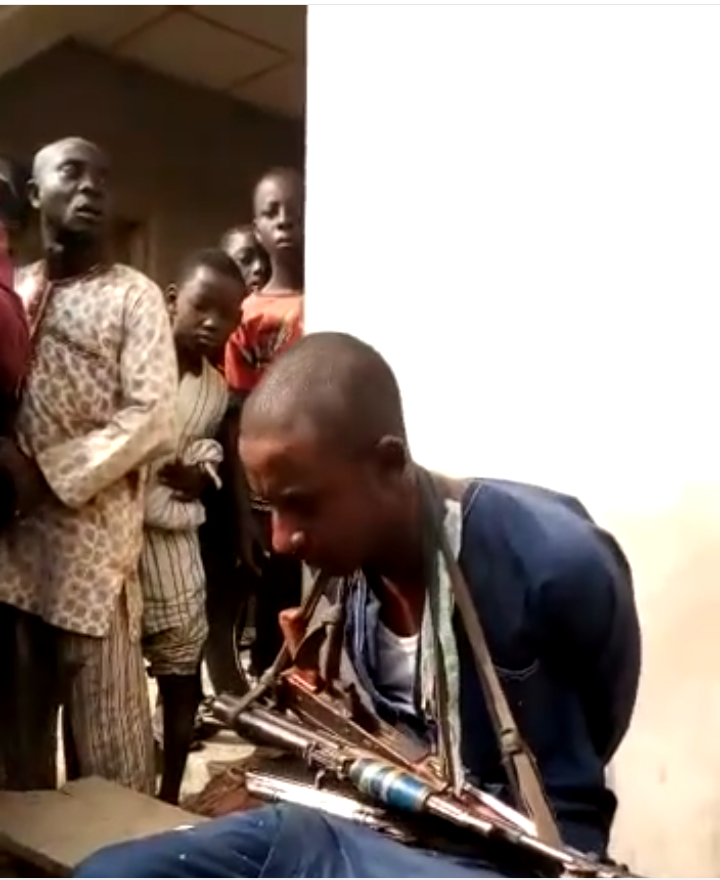 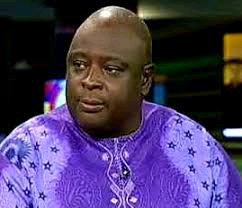 The Popular TVC journalist Babajide Kolade Otitoju has reacted to this report via his Facebook account, he advised Nigerians to be vigilant and report suspicious persons found out in our surrounding. 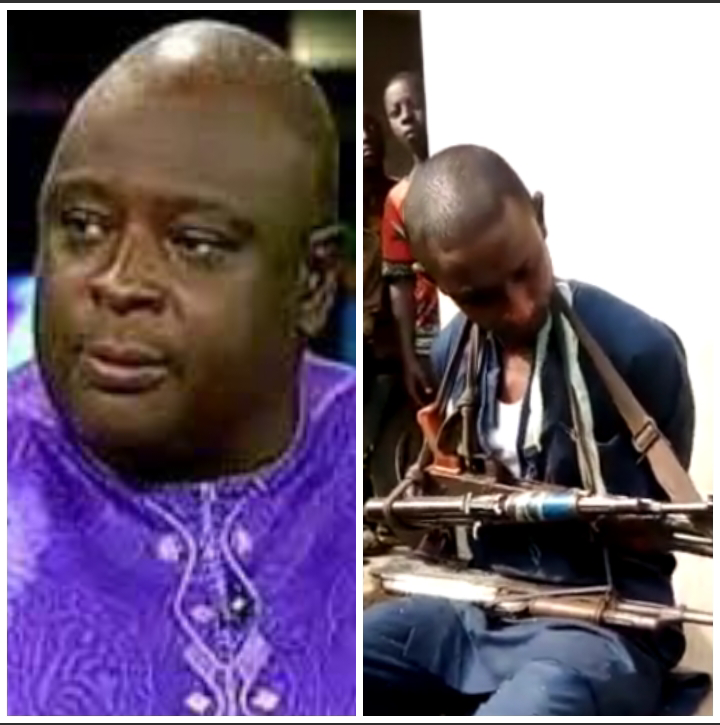 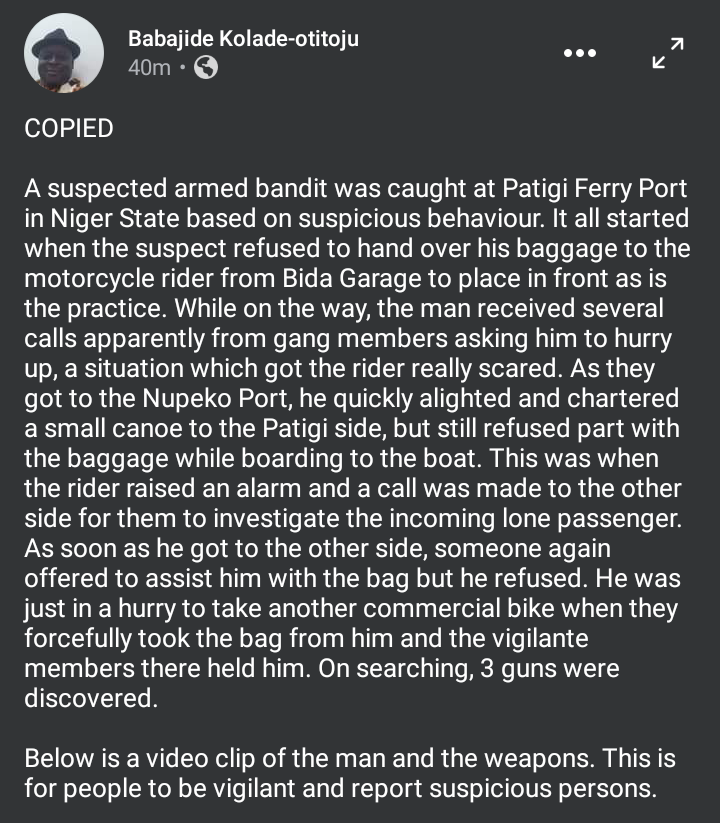 Our nation is really in kiosk because everyday several people loose their lives, properties and family members. We had trusted on the Buhari-led government despite having a Retired military General, Muhammadu Buhari as our President. The army have been lazy in tackling terrorists, banditry, armed robbers and killers. What do you think about this?