Prophet Ayodele the founder of Evangelical Spiritual Church in Nigeria, has revealed what he claimed God told him concerning the primary election of the Peoples Democratic Party, in Ondo State.

The people democratic party will hold its primaries this month 22th, 2020.

And Elijah Ayodele who had earlier predicted victory for the current Governor of All Progressive Congress, primaries, says he sees two candidates in the people democratic party who can give the ruling party a good fight in the governorship elections this year.

Some series of prophesies he forwarded to Metro on Sunday, prophet Ayodele mentioned the Deputy Governor of Ondo State who recently dump APC for PDP, Agboola Ajayi and former Justice, Mr Eyitayo Jegede as the only aspirants that can contest against the All Progressives Congress.

Ayodele further explained that either of them would be elected as the candidate for the party because they are the most qualified to win the election.

He see two candidates in people democratic party. Among the two candidates, anyone that emerges will give All Progressives Congress a good fight for the governorship election.

The first candidate is Agboola Ajayi, the other one is the former Justice, Eyitayo Jegede.

If any one emerges among them, the final election will be very tough for the All Progressives Congress, any of them will fight APC in the final election for the governorship election. Any other candidate who emerges will not be able to fight for the spot. 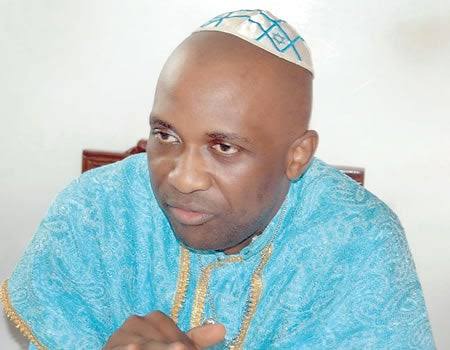