By Hemmycool (self meida writer) | 1 months 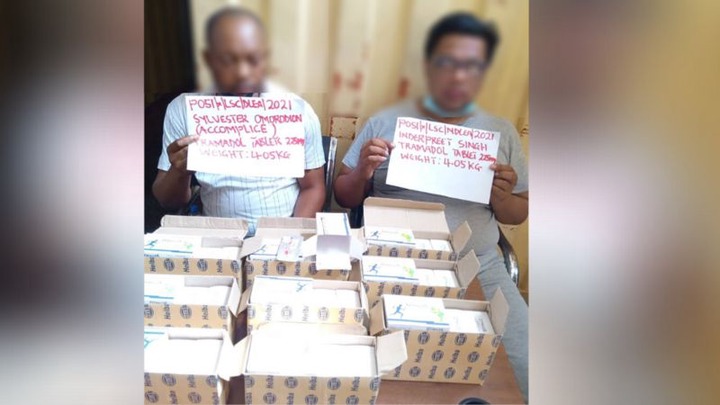 The National Drug Law Enforcement Agency (NDLEA), in Nigeria has seized a container of Tramadol in Apapa seaport in Lagos State.

The agency also arrested 90 people including an Indian man when they raided some drug cartels in different parts of Lagos including Agege, Ikorodu, Lekki and Okokomaiko where they seized another 614.396 kilograms of different hard drugs.

In a statement released by the agency, the director media and advocacy, Femi Babafemi said the container that was seized has about two million capsules of Tramadol that were packed ins 554 cartons.

According to the Apapa seaport area commander of NDLEA, Samuel Gadzama, a container carrying illegal drugs in Kenya was firstly seized.

"Though the second container still found its way into Nigeria, but the eagle eye of our narcotic agents discovered it during a joint inspection of the ship," he said.

The statement pointed accusing finger at Samuel Ebenezer saying he is the leader one of the cartel that imported special sophisticated drugs from United states that were baked inside cakes, biscuits and cookies to sell to rich and powerful people in Lekki and Lagos Island.