By SenatorAbbaMoro (self media writer) | 10 months ago 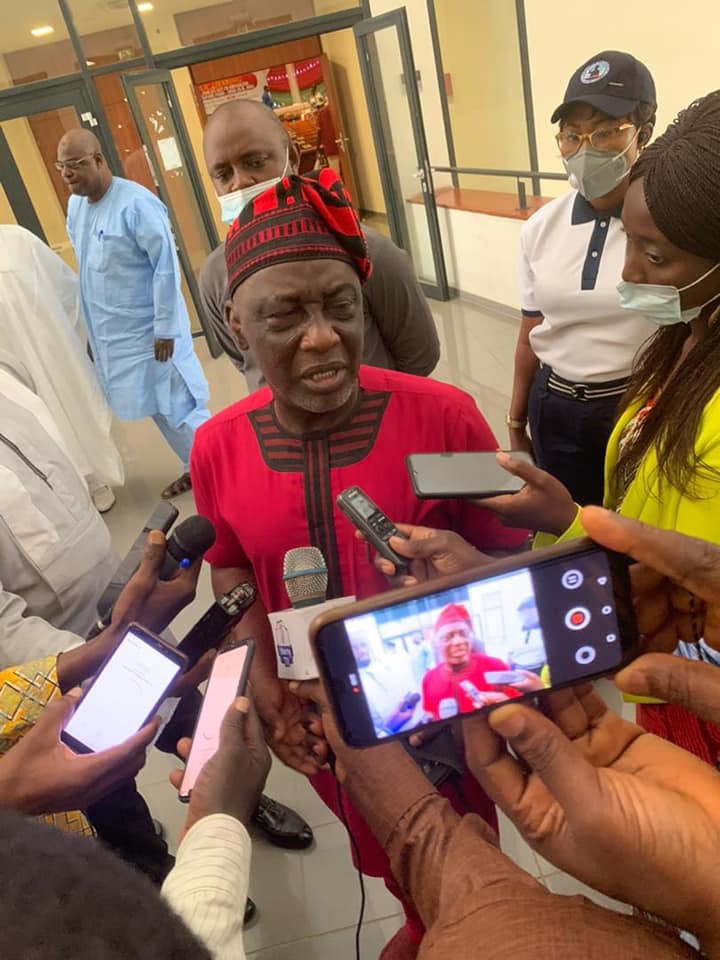 The Nigerian media space was during the week inundated with the news of the passage of the Electoral Amendment Bill, which seeks to repeal and re-enact the 2010 Electoral Act and the controversy that greeted the amendment of the Section 52(3) of the bill, which borders on electronic transmission of results.

The Senator representing Benue South Senatorial District, Comrade Abba Moro, has been besieged by barrage of calls by his concerned constituents on his stand on the bill and his action during Thursday's plenary.

To set the record straight, the Distinguished Senator was at the plenary on the day in question.

He voted for clause 52(3) when the vote was taken.

However, along the line, some members of the All Progressives Congress, APC, in the Red Chamber in an attempt to distort laid down principles of plenary procedure, revisited an issue that had already been voted upon and put to rest.

Responsible journalism would demand that the record of attendance would have been checked before jumping into the fallacious conclusion that Senator Moro did not attend the plenary of that day in question.

Having observed the body language of some of his colleagues in the ruling party who had their own hidden agenda of passing that obnoxious clause of amending the clause 52 (3), the Distinguished Senator could not in good conscience, sit and watch the brazen abuse of parliamentary procedure. At that point, he decidedly walked out of the chamber.

Surprisingly, a mendacious report has been making the rounds that Senator Abba Moro was absent from plenary during the voting on Electoral Amendment Bill. The record of the National Assembly of the Senate plenary of that day is there for anyone to verify.

It is instructive to note that Senator Abba Moro was actively involved in the meetings and deliberations that preceded the debate on the floor of the Senate and eventual voting on the Bill.

As per his action, the Distinguished Senator has offered a clear explanation to his constituents. According to him: “In all our meetings in the run up to a debate on that electoral process, we had canvased many options. We had canvased the option of insisting on division and we equally canvased the option of walking away. In the run up to the eventual passage of that offending amendment, I decided to walk away. So, I wasn’t absent that day and it wasn’t as if I did not contribute to the debate."

The Distinguished Senator reiterates his stand on the passage of the controversial clause to the effect that he is not a party to the amendment of Section 52(3) of the Electoral Amendment Bill.

He, therefore, calls on the public, particularly his constituents to disregard the mendacious claims calculated at defaming his person and casting aspersion on his position as the elected Senator representing Benue South.

It is instructive for the public to note that every action and decision of Senator Abba Moro, as the Senator representing Benue South, stems from his commitment to serve his people and protect their best interest.

His action, regarding the amendment of Section 52(3) of the Electoral Amendment Bill, was guided by this same principle.