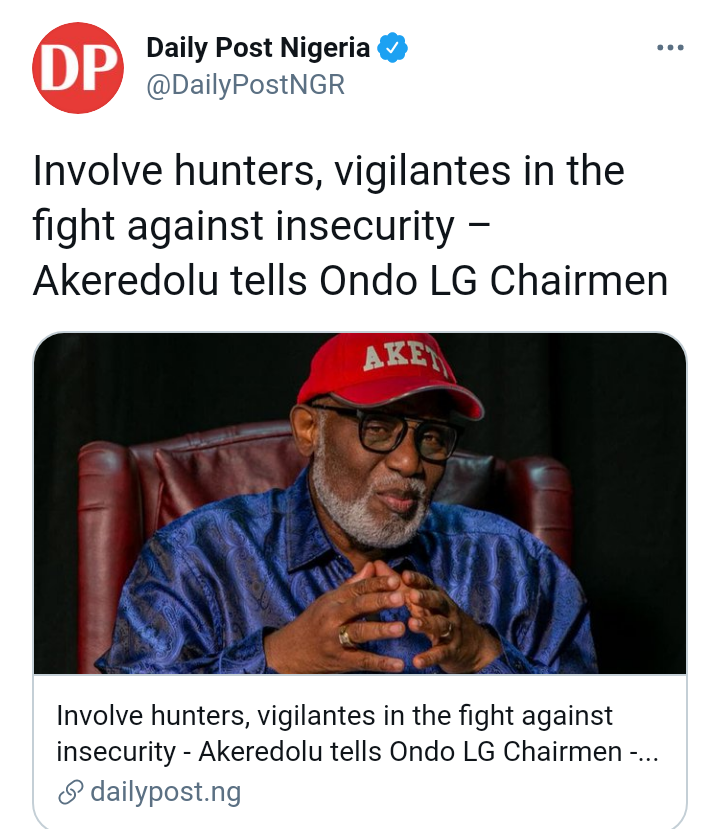 As part of measures to intensify the fight against insecurity in Ondo State, Governor Oluwarotimi Akeredolu, on Tuesday, advised the elected chairmen across the 18 local government areas of the state to engage hunters and vigilantes in the security of their council areas.

According to Akeredolu, the local vigilantes and hunters must be those who will be able to work effectively with the State Security Network otherwise known as ‘Amotekun’

The governor stated this during a meeting with the local government chairmen, which was held at the Cocoa Conference Hall of the Governor’s Office, Alagbaka, Akure, the state capital.

A Prominent Nigerian Is Dead 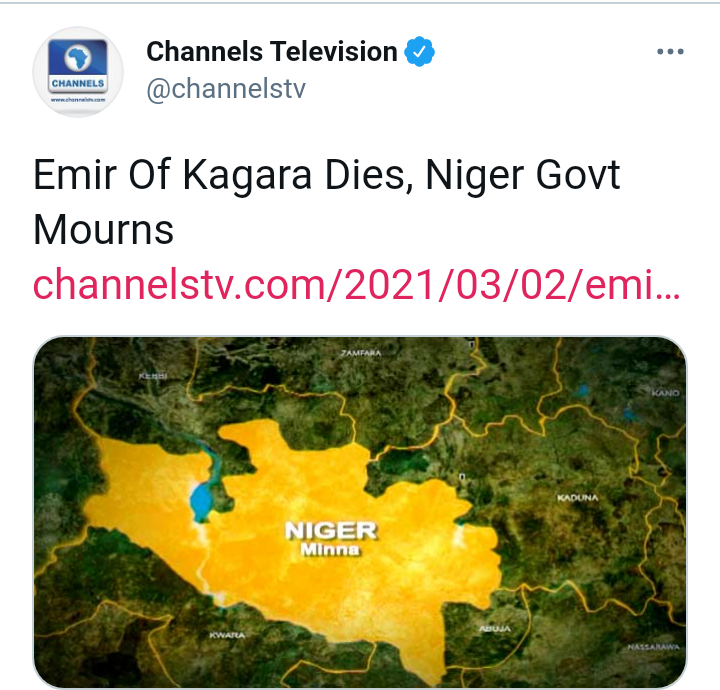 The Emir of Kagara, Salihu Tanko, has died.

He died on Tuesday at the IBB Specialist Hospital where he had been on a mission due to a protracted illness.

Tanko was born in the 1920s and was the oldest among the eight emirs serving in the state.

He was also the second longest-serving Emir after the Emir of Kontagora, having served for 40 years from 1981 to March 2, 2021. 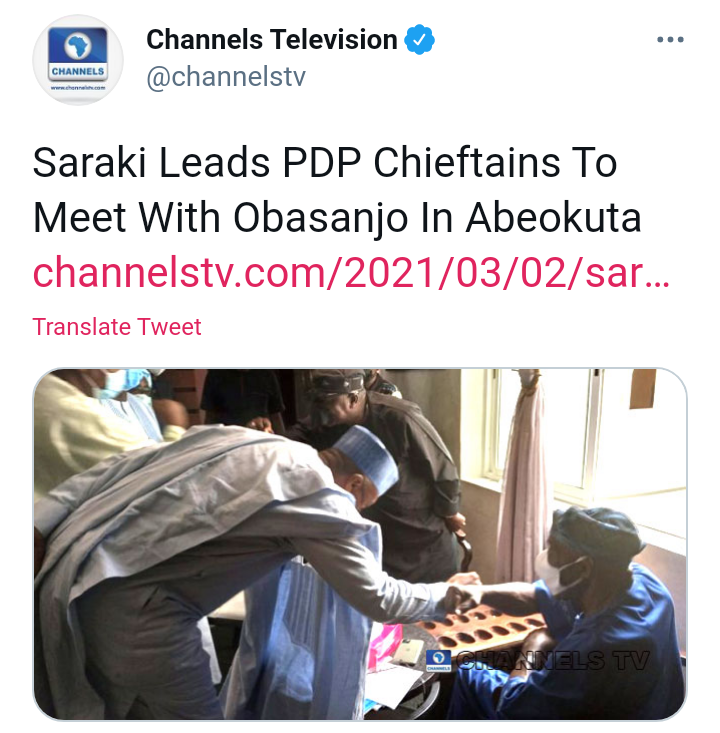 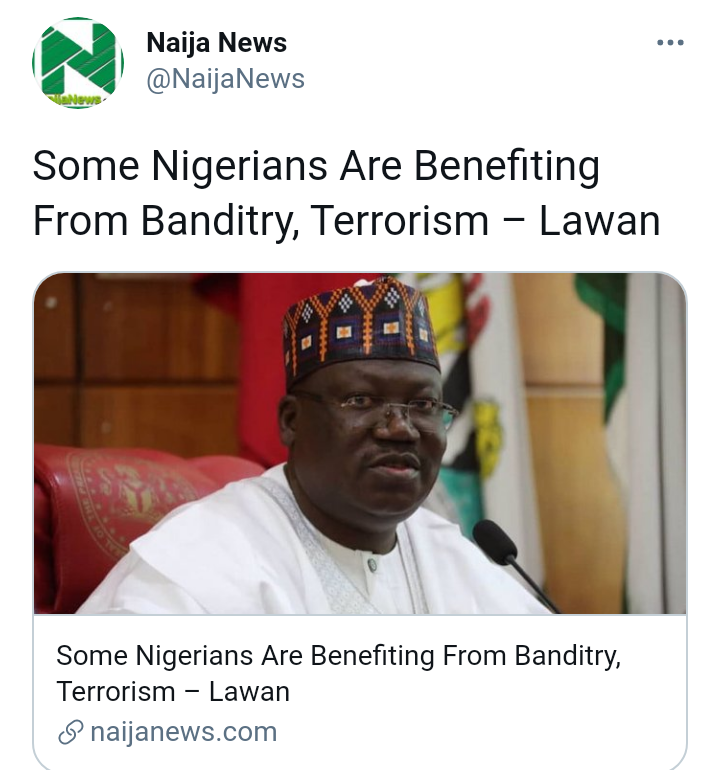 Nigeria’s Senate President, Ahmad Lawan has said that some Nigerians are benefiting from banditry and terrorism and that they need to be arrested immediately.

Speaking on the floor of the Senate after the new service chiefs were confirmed on Tuesday, Lawan said banditry has become a lucrative industry in the country.

He, however, lamented that kidnapping without a trace is not acceptable, urging the new service chiefs to rescue the country from criminals. 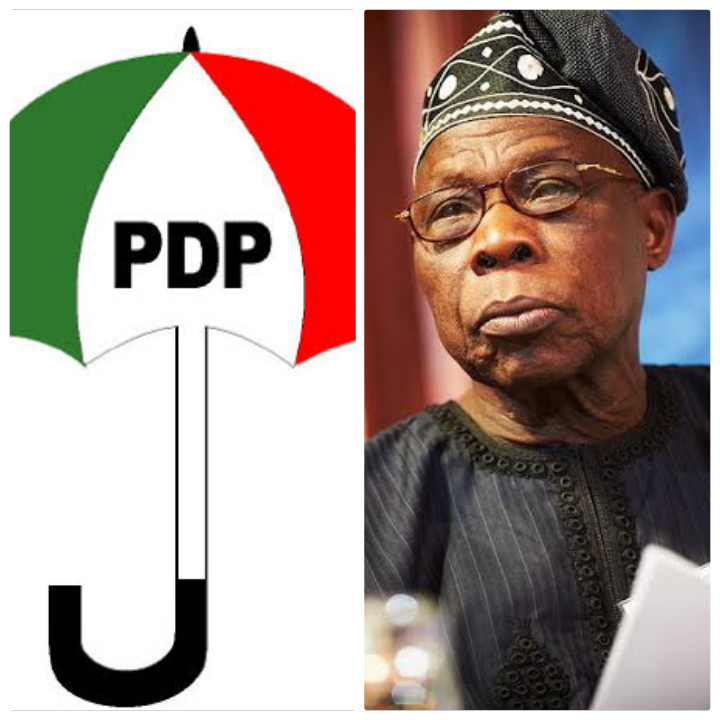 Do you think some Nigerians are benefitting from banditry and terrorism?

Photos: See The Crime This Instagram Comedian Committed That Made EFCC Arrest Him

Ladies, Here Are 30 Different Ankara Outfits You Can Rock This Weekend

Check Out 12 Photos That Show the Uniformity in the Chinese Military Match Parade.

My journey so far on Opera news hub.

Check Out What Was Written On The Paper A White Man Was Seen Holding, Which Made People React

In no time, Anambra airport will be the best airport in Nigeria, see how wonderful it looks