By Livenow (self media writer) | 1 year ago

The Arewa Youths Consultative Forum, AYCF, has vowed to ensure the Northern part of the country produces the next president in 2023. 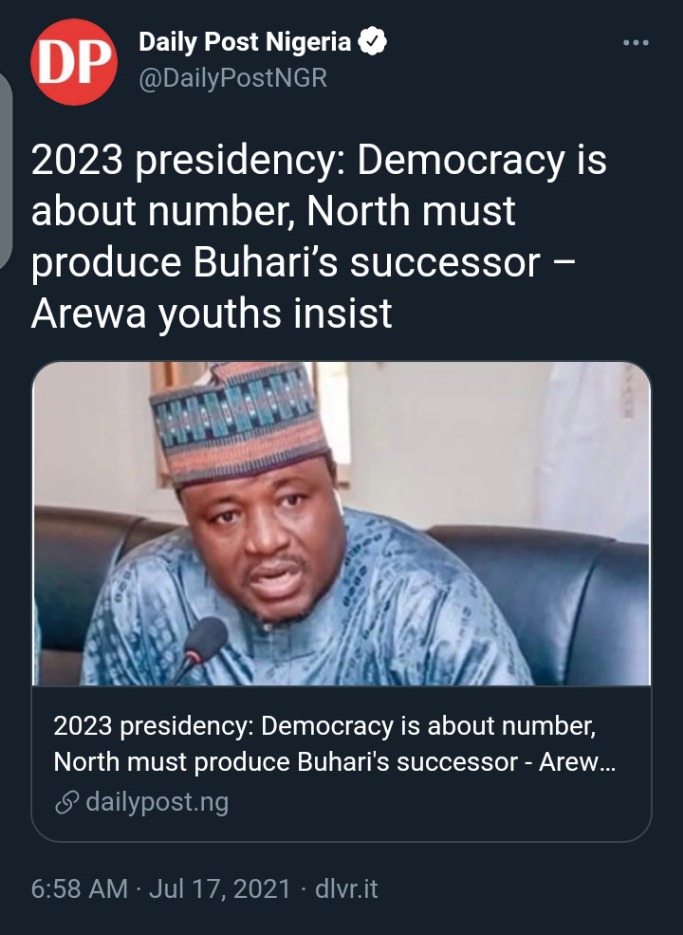 AYCF National President, Yerima Shettima said the North would mobilise people of the region to get their Permanent Voters Cards, PVCs, to vote for a presidential candidate from the region.

Speaking with DAILY POST, Shettima said since politics is a game of numbers, the North would mobilise and ensure they produced Nigeria’s next president.

Countering the call by Southerners for rotational presidency, Shettima said the North would produce a youthful and capable president in 2023.

Former Governor of Zamfara State, Alhaji Abdulaziz Yari, has dismissed reports that he is planning on dumping the ruling All Progressives Congress (APC). 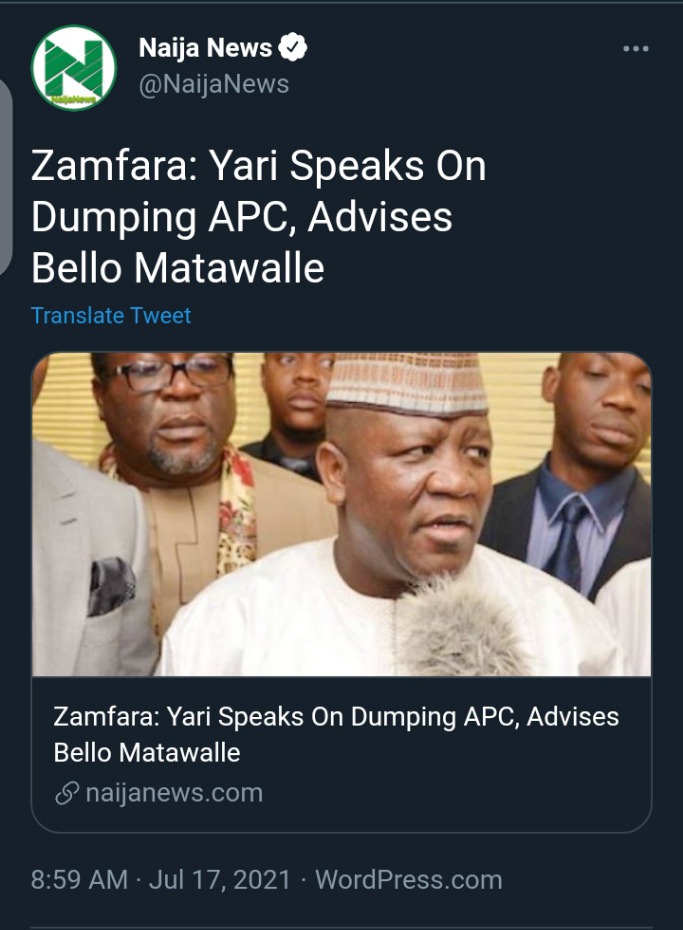 Speaking to supporters at his Talata Mafara residence, the former chairman of the Nigerian Governors Forum (NGF) said he has no intention of dumping the APC he helped to form.

Yari said that they were eleven governors as at then which initiated the formation of the APC.

According to him, after the party was formed, the then eleven Governors endorsed President Muhammadu Buhari to contest the presidential election in the 2015 general election. 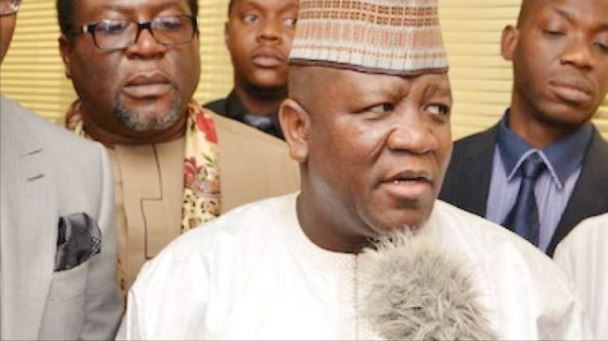 Gunmen, suspected to be Fulani herdsmen attacked three towns in Ibarapa LGA of Oyo state, killing a commander of Amotekun. 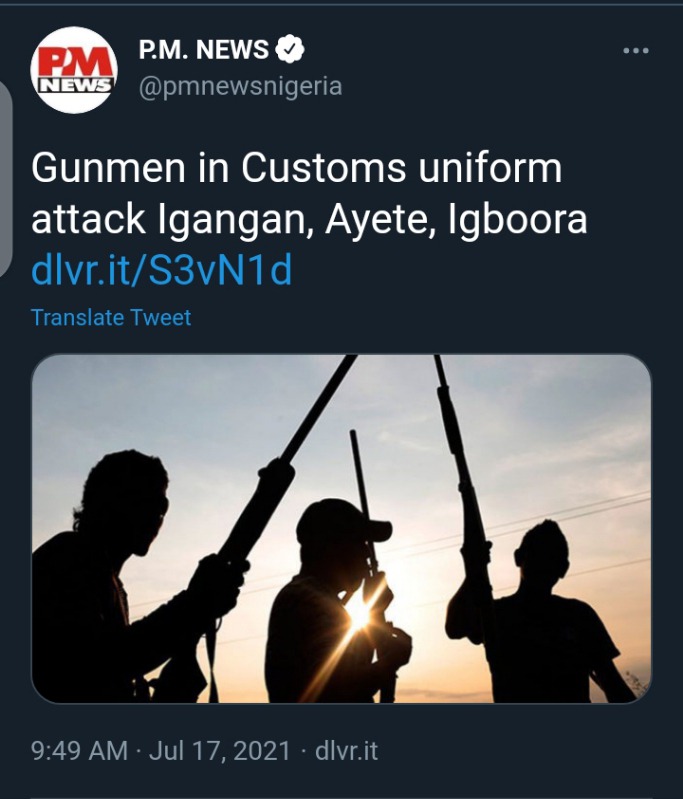 Igangan, which was attacked in June was among the communities targeted on Friday.

Other towns hit are Igboora, headquarters of the Ibarapa council and Ayete.

The Nigeria Security and Civil Defence Corps (NSCDC) in Bauchi, says it has 989 personnel to ensure hitch free Eid-el-Kabir celebrations in the state. 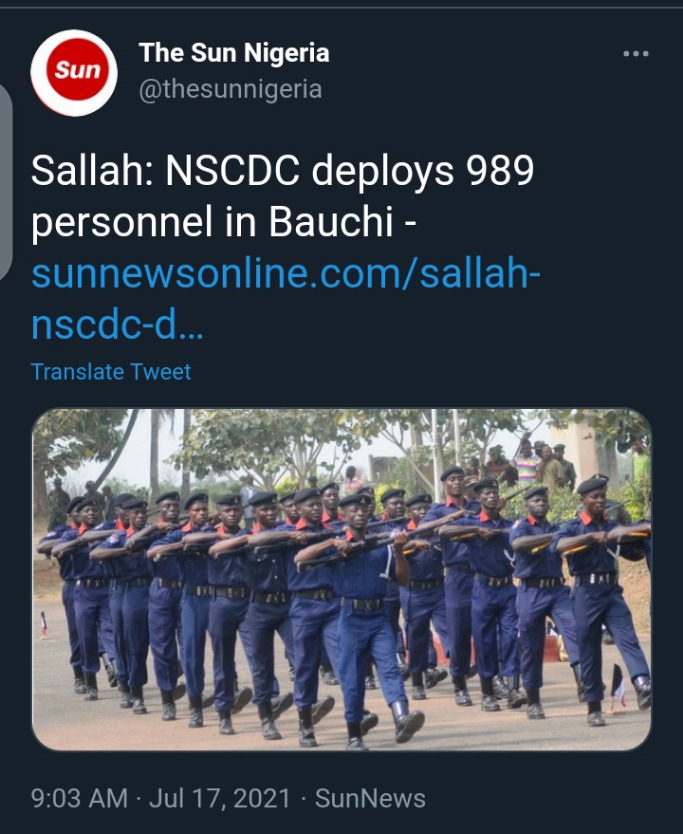 The Commandant of the Corps, Mr Nuraddeen Abdullahi, stated this in a statement by its Spokesman, SC Garkuwa Adamu, on Friday in Bauchi.

Abdullahi said the personnel would be deployed to praying grounds and other locations to protect lives and property.