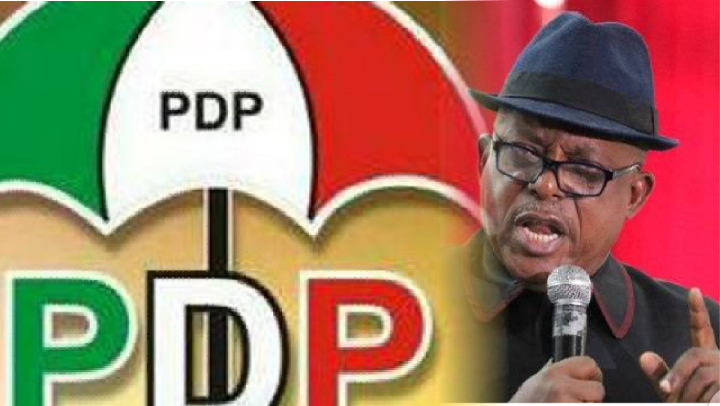 1,000 APC members, others defect to PDP in Bauchi

No fewer than 1,000 members of the All Progressives Congress, APC, Peoples Redemption Party ,PRP and All Progressives Grand Alliance, APGA, have defected to the Peoples Democratic Party, PDP, in Dass Local Government Area of Bauchi State.

Receiving the defectors at a ceremony held at the Government Lodge in Dass, PDP chairman in the area, Alhaji Sani Korau, welcomed the defectors to the ruling party. 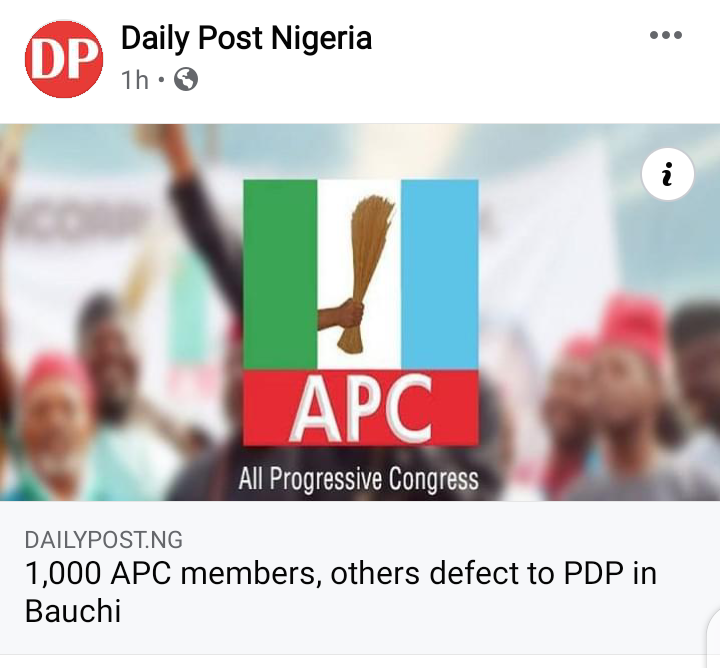 According to Korau, from the inception of the Fourth Republic in 1999, Dass was never in the opposition until recently as a result of certain reasons, which he said had been politically resolved.

The party local government chairman disclosed that the resolution of the issues had made it possible for PDP to experience mass return of the former members back to the party.

Former National Chairman of the Peoples Democratic Party (PDP), Prince Uche Secondus, has asked the leading opposition party to stop making any moves towards the conduct of its National Convention.

Already plans are in top gear for the convention scheduled for October 30 and 31, 2021. 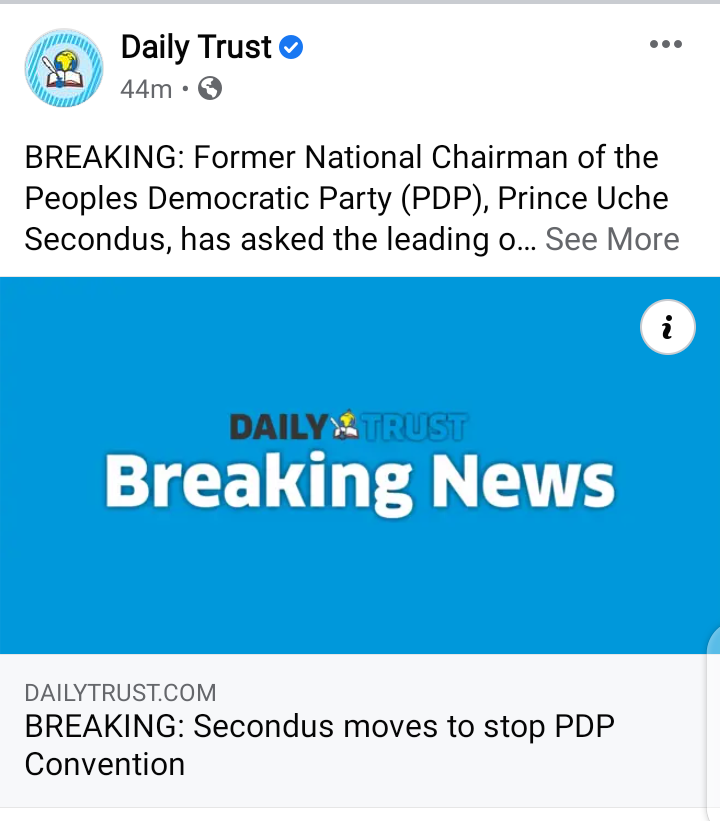 But in a in a letter addressed to the party (6th respondent) by his counsel, Tayo Oyetibo (SAN), Secondus asked the court to restrain the party from going ahead with the exercise pending the hearing and final determination of his appeal to the effect.

The letter reads in part, “On 23 August 2021 one Mr Ibeawuchi E. Alex and four others jointly instituted Suit No PHC/2183/CS/2021 at the High Court of Rivers State, Port Harcourt Judicial Division against Prince Uche Seconds and the PDP as defendants.

“On 10 September 2021, the High Court delivered its judgment in the suit whereby Prince Uche Seconds was, inter alia, restrained from performing the functions of the office of National Chairman of the PDP.

The Federal Government has exposed the “link between Sunday Adeyemo, also known as Sunday Igboho, and convicted terror sponsors.

At a briefing in Abuja on Wednesday, Attorney-General of the Federation, Abubakar Malami (SAN), spoke on the financial transaction involving Igboho and suspects in the Joint Terrorist Financing Investigation. 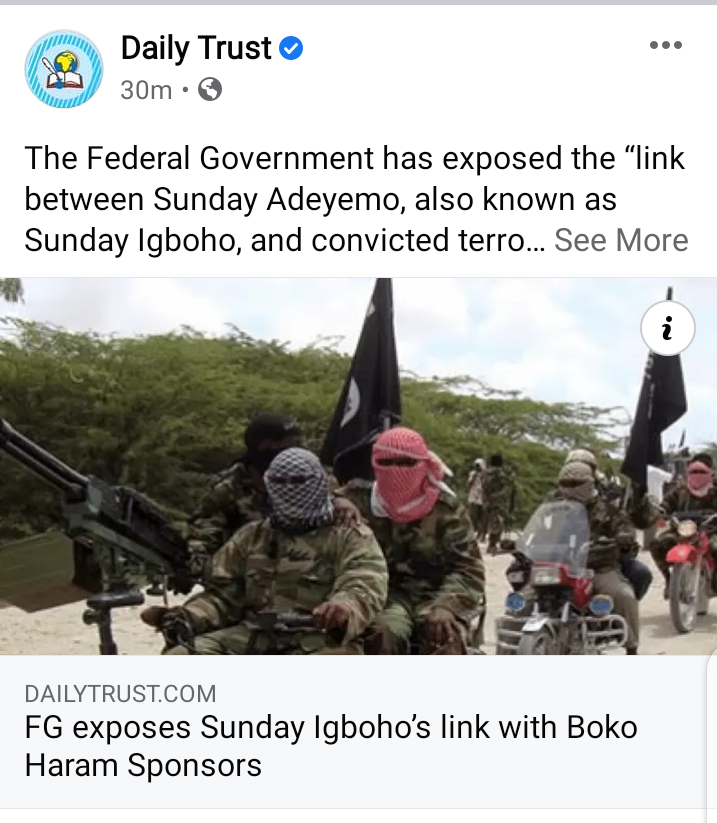 Malami said the findings were made by a committee set up by the Federal Government.

“It might be recalled that Abbal Bako & Sons and its promoter Abdullahi Umar Usman are suspects in the on-going Joint Terrorist Financing Investigation. Abdullahi Umar Usman is by way of financial transaction connected to SURAJO ABUBAKAR MUHAMMAD (who was sentenced to life imprisonment in UAE on charges of financing terrorism [Boko Haram]).

PDP disqualifies Olafeso, two others, clears 27 ahead of convention 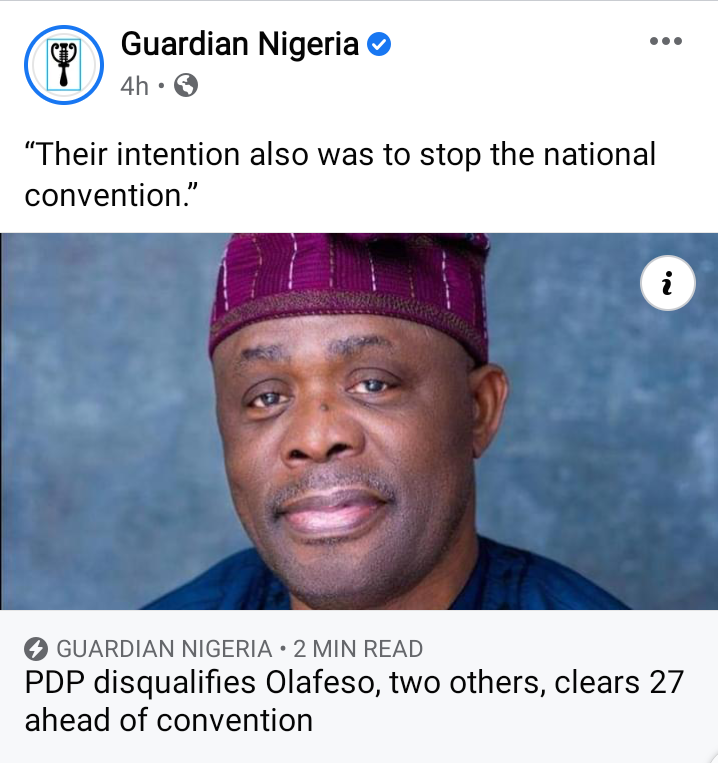 Chairman of the National Convention Planning Committee and Governor of Adamawa State, Ahmadu Umaru Fintiri, who disclosed this at a press briefing in Abuja, explained that “all these have been disqualified because they took the party to court. Their intention also was to stop the national convention.”

He regretted that the affected aspirants failed to exhaust the internal conflict resolution mechanism as spelt out in Section 51 of the party’s constitution.